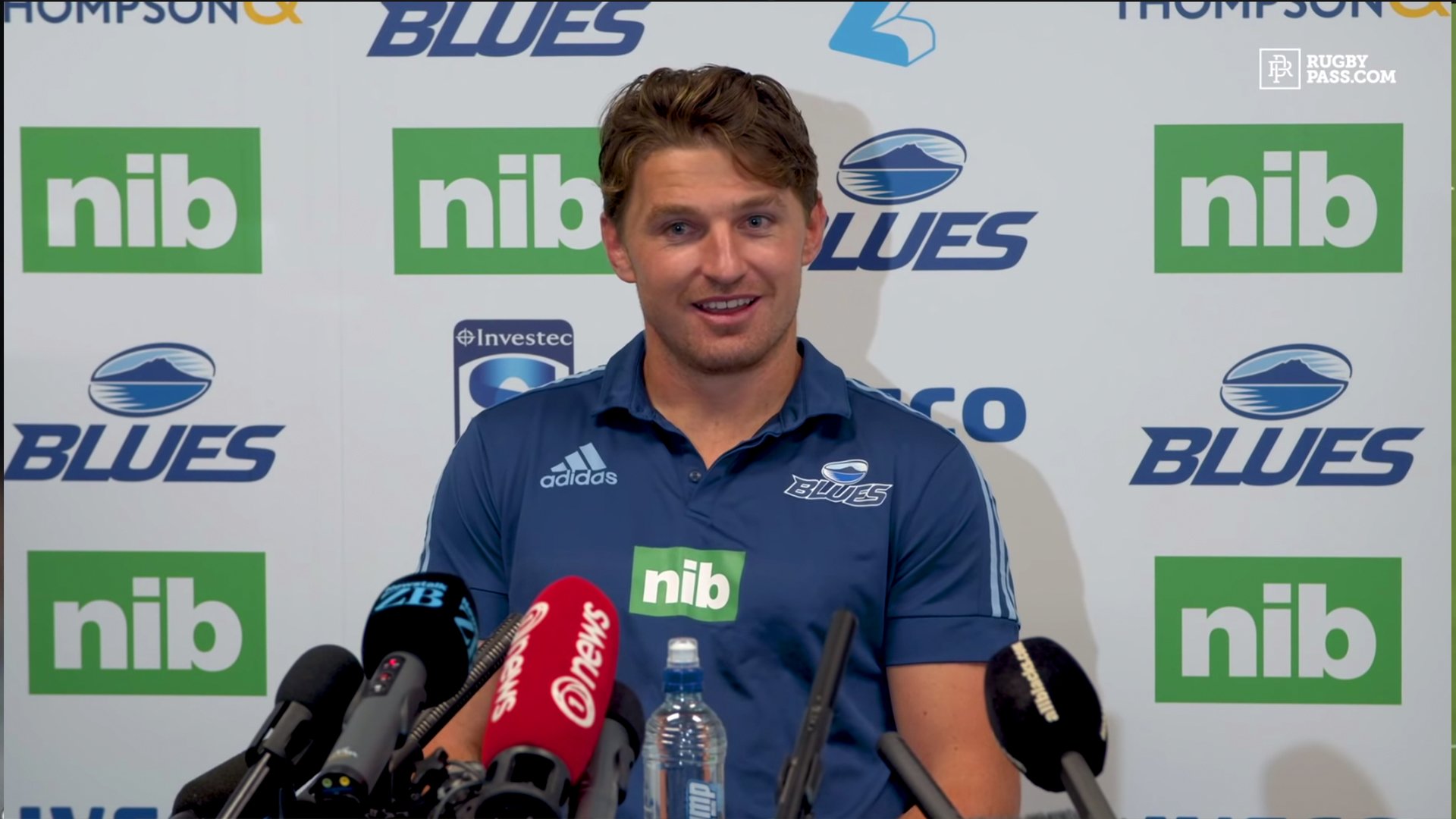 Beauden Barrett spoke about how hyped that he was for Super Rugby to be returning this weekend, but he was more hyped to hear about Dan Carter and his return!

In a press conference last night, the All Black sensation spoke about all things to do with their game against the Hurricanes this Sunday.

Rugby fans are hyped beyond belief as massive crowds are predicted to descend on New Zealand Super Rugby!

The Blues are predicting a bumper crowd in excess of 35,000 for their opening match of the Super Rugby Aotearoa competition against the Hurricanes at Eden Park on Sunday afternoon.

The prospect of rugby fans getting to see Beauden Barrett AND Dan Carter has helped to build a massive amount of excitement around the massive match that is going ahead this weekend.

When the media asked Barrett how he felt about Dan Carter joining the Blues, he couldn’t help revealing how hyped he was to see be playing with the player that many consider to be one of the best players ever!

The stars have aligned for rugby this week with the country’s move to coronavirus alert level 1 permitting crowds to attend both the Highlanders and Chiefs match in Dunedin on Saturday, and the Blues and Hurricanes the following day.

Blues chief executive Andrew Hore could not hide his delight as tickets – upwards of 20,000 – flew out the door for a match in which Beauden Barrett will make his debut for the franchise.

The Blues have capitalised on the public’s keenness to make the most of their regained freedoms by discounting general admission tickets, allowing kids to attend free, organising free public transport and gaining approval for fans to flood onto the Eden Park pitch at the conclusion of the match.

“What we’re trying to do is bring back a bit of old school with the kids going free and after the game Eden Park have said we can have the fans on the pitch which is a big lift. Those kinds of things make for memorable moments when you’re a young person. We want to celebrate the game.”