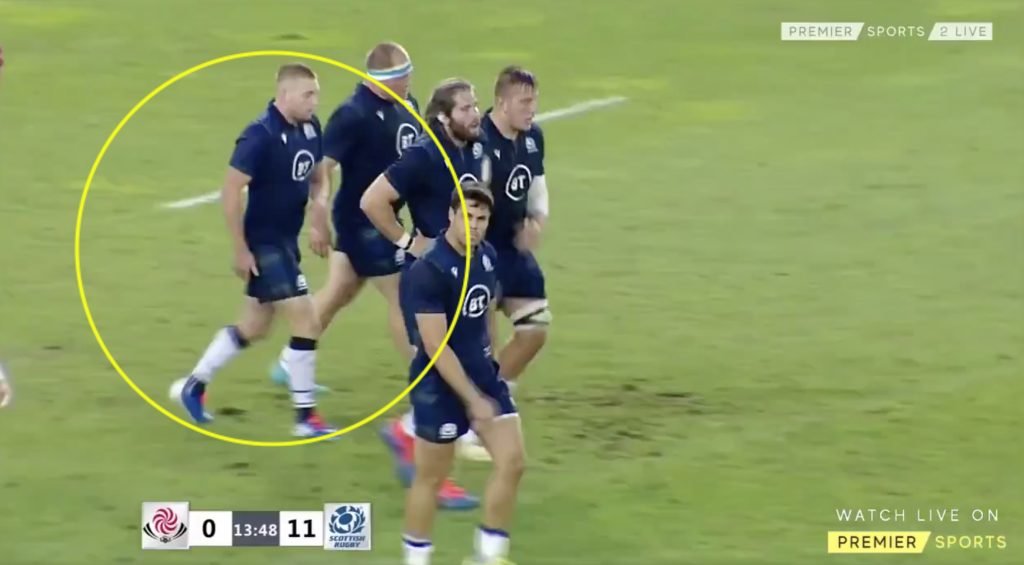 This is fantastic from Scotland mercurial 10 Finn Russell. A visibly beefed up Russell put in some brilliant footwork and a step to dismantle the men from the East.

Russell will be key to Scotland if they want to have any chance of progressing to the latter stages of the Rugby World Cup. He seems to be in fine fettle judging by this video.

Harlequins scrum half Danny Care has sustained an ankle injury during pre-season training, with a projected eight-week recovery time.

The 32-year-old, who has made over 260 appearances for the Club, will undergo surgery in the coming days and will work closely with the Club’s medical department during his recovery. Quins could do with Finn Russell now.

Paul Gustard, Head of Rugby at Harlequins said: “We are disappointed to lose ‘DC’ for this period, he’s a key member of the squad and a real talisman in our attack. Although we won’t be able to utilise Danny’s talents on the field, we will be able to lean heavily on his experience and character off the field in different capacities to ensure he still has a full role to play in the start of our campaign.

“Although we are disappointed and Danny’s injury and imminent surgery means he won’t be able to play at the start of the season, it does gives other members of the squad more opportunity to play. Niall Saunders has been electric and one of our stand-outs in pre-season, Martin Landajo arrives in the next couple of weeks and will prove to be a terrific addition to our squad. Additionally, we have the services of Charlie Mulchrone for the duration of the Rugby World Cup period.

“We play four Premiership Rugby Cup games followed by 15 weeks in a row of competitive Gallagher Premiership Rugby and Heineken Champions Cup fixtures, so no one player can play them all and I will rotate the squad. The Club will support ‘DC’ through his rehabilitation, and I am confident he will return faster than predicted and in excellent shape.”

Harlequins can also confirm that hooker Elia Elia is carrying a hamstring injury and will also be out of action for six to eight weeks.

The Samoan international, who joined the Club in 2016 as made 37 appearances for Harlequins and will be hoping to return to full fitness just after the start of the 2019/2020 Gallagher Premiership Rugby season.

Gustard added: “It’s such a shame for ‘Eazy’ to have picked up this injury whilst on international duty with Samoa. We have high hopes for Elia and the progress he can make. It is frustrating for him and for the Club, but we will work hard on his core skills whilst he rehabs his hamstring under the guidance of our outstanding medical team.

“We believe Elia can be the best ball carrying hooker in the league if he applies himself and dedicates his mind to improvement. The injury is unfortunate, but it does give us and him the opportunity to move his game forward in other areas.

“As with the situation in our nines, we have good depth with some brilliant hookers in our squad. Scott Baldwin has arrived from the Ospreys and has been a real force in pre-season, so we look forward to the positive impact he will make at the Club and will, I am sure, prove to be one of the league’s signings of the season. Rob Buchanan came back from a long and horrific injury, showing courage and determination at the back end of last season, and I believe will continue to get better. Finally, Max Crumpton had a bit of a breakthrough season last year, was a consistent performer for us and he has the complete desire and attitude to kick on and claim the shirt for his own.

“We will support ‘Eazy’ and look forward to his return to the Quarters and adding to the talent that we have at hooker.”