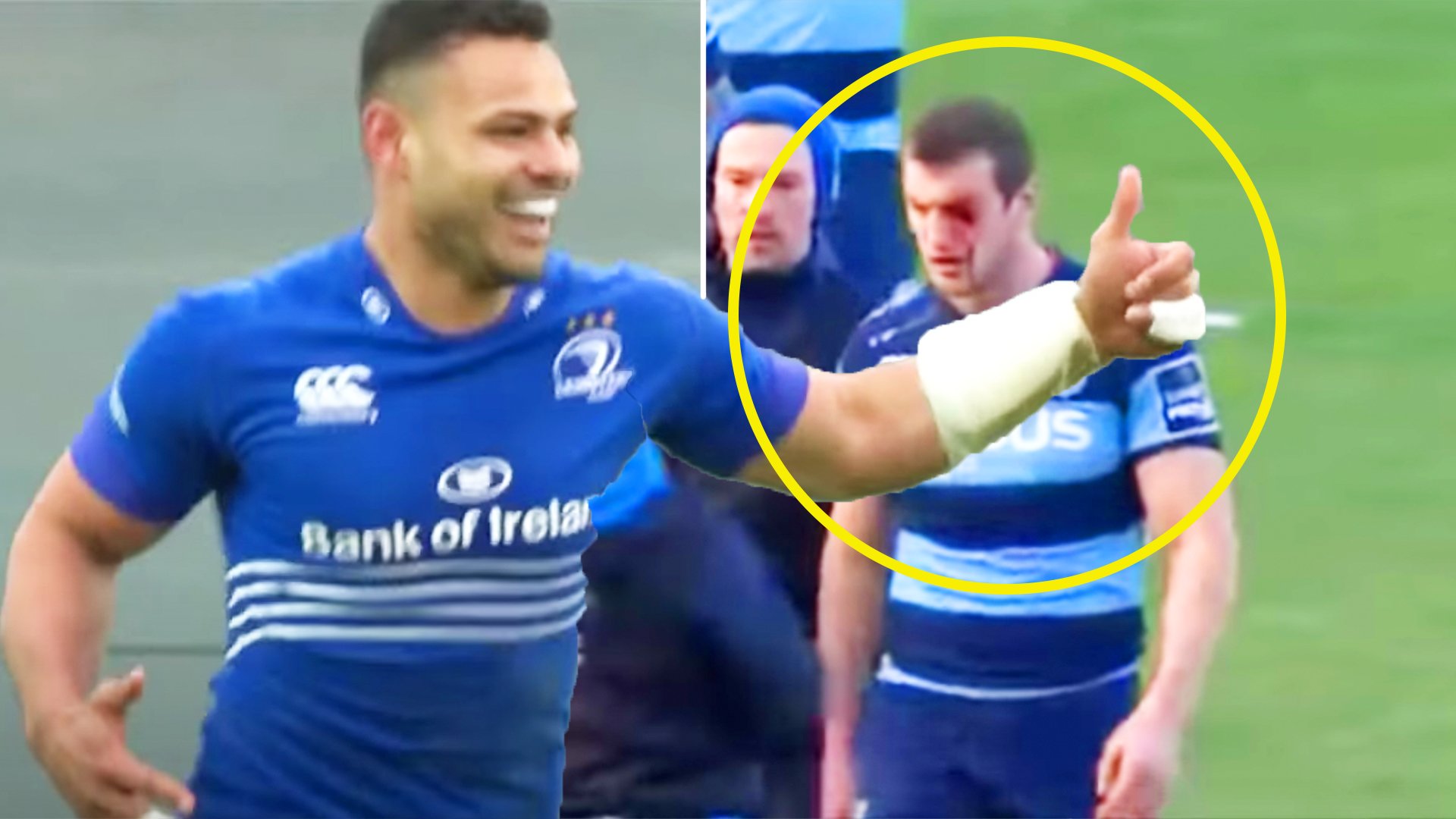 Ben Teo is one of the most fierce midfield runners that has graced the international stage in recent years.

In 2015 however, he had a tool in is armoury that had pro 12 defences shaking in their boots.

In the 2014 season, the kiwi born centre suffered an arm break against Edinburgh and needed to wear a cast in future whilst playing to offset the risk of a second break.

Teo has recently announced a return to Rugby League

Big Ben back in the 13-a-side code https://t.co/m9wjweTsYd

This inadvertently made the England man all the more destructive.

One instance in which the arm cast made headlines was in February of 2015.

Leinster were up against Ospreys and Teo was making one of his trademark runs out wide.

We see as he clatters into Welshman Sam Davies – instantly knocking him out. The action replays go on to show the Leinster man’s arm cast smashing into the back of the Davies’ head leaving him incapacitated.

Watch the sickening collision below

The dreaded arm cast had already been taking victims, however, a month earlier in a matchup against Cardiff Blues.

The 16-cap England man makes a rampaging charge up the middle off of a lineout and is met by Welsh captain Sam Warburton in another fierce collision.

This time the cast smashes directly into the face of the Blues man – knocking him back off his feet.

We see as the stunned Lions skipper stumbles on the floor, clearly dazed, looking to regain his footing. You never want to see a player injured like this.

The play goes on for a few phases before the ball goes dead – and the true extent of Warburton’s injury is revealed.

The camera zooms in as we see blood streaming from his eye in a sickening close up.

Watch below but be warned, it’s not pretty!