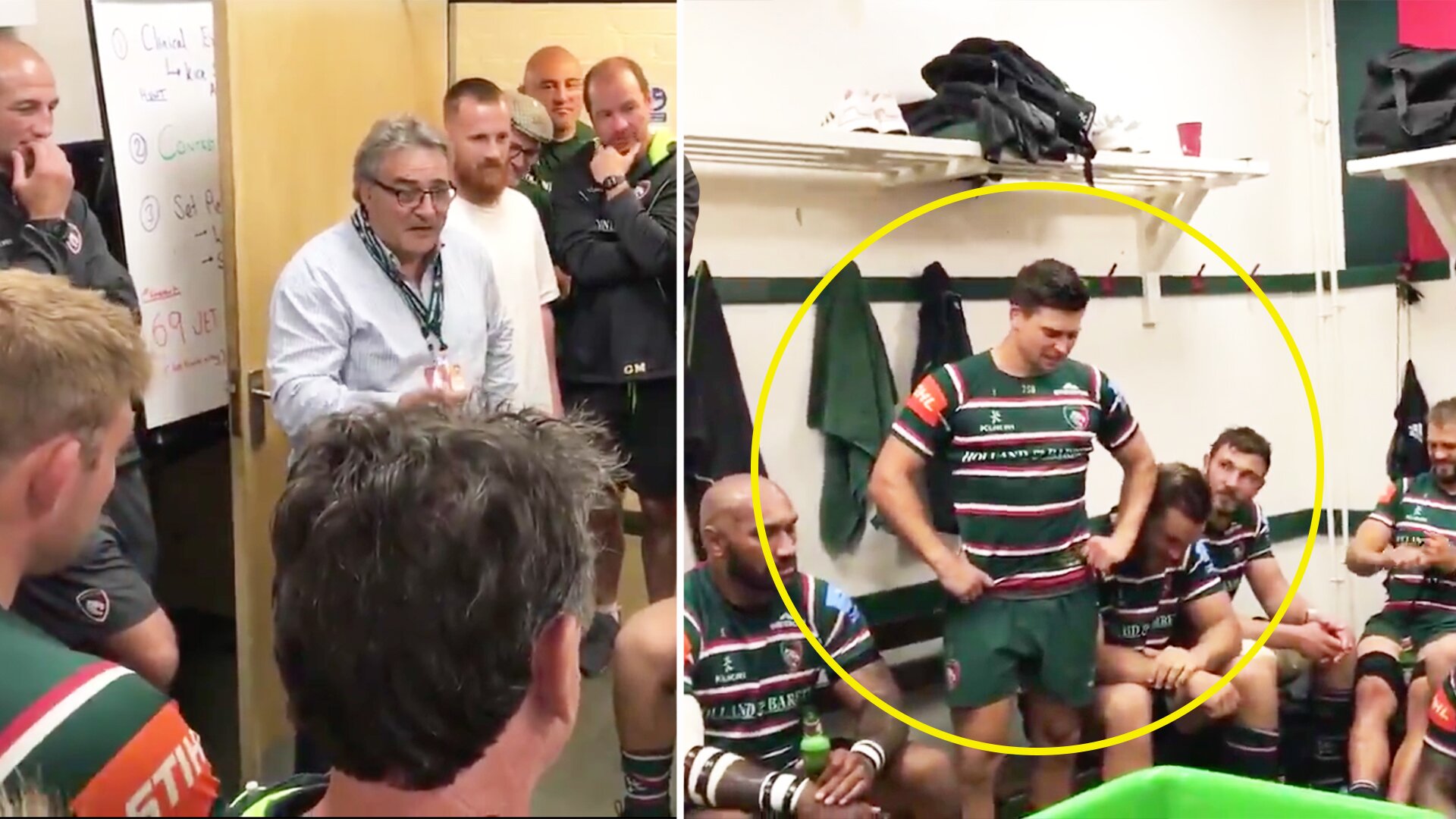 Leicester Tigers and England scrum-half Ben Youngs was involved in an emotional moment this weekend as he celebrated his 250th cap for the team.

The Tigers posted an emotional video of the 31-year-old receiving the award from Geordan Murphy and the team.

Youngs has been with the club from the period when the team was winning everything to now when they are struggling more to get the results that they needed.

Youngs scored a brilliant try for the men in green and red after a monster tackle from Nemani Nadolo in the first few minutes of the game.

Does Nemani get a try assist for this effort, to set up Ben Youngs?

Leicester went again a form of bad results recently to beat the Northampton Saints in a match which will do a lot for the morale of a team who is at the bottom of the Gallagher Premiership table (apart from Saracens).

Ben Youngs appeared to be emotional in the video as his father spoke about how his family were so proud of the efforts he had made, especially because of the fact that they beat Northampton in their derby.

He also added a drop goal to ensure his side avenged a 36-13 defeat at Franklin’s Gardens back in November. Freddie Steward scored Leicester’s other points with a penalty.

Northampton outscored their opponents three tries to one, Paul Hill and Henry Taylor crossing in the second half to go with a first-half penalty try, while Dan Biggar kicked a penalty and two conversions.

Check out the emotional speech that Youngs gave after the match.