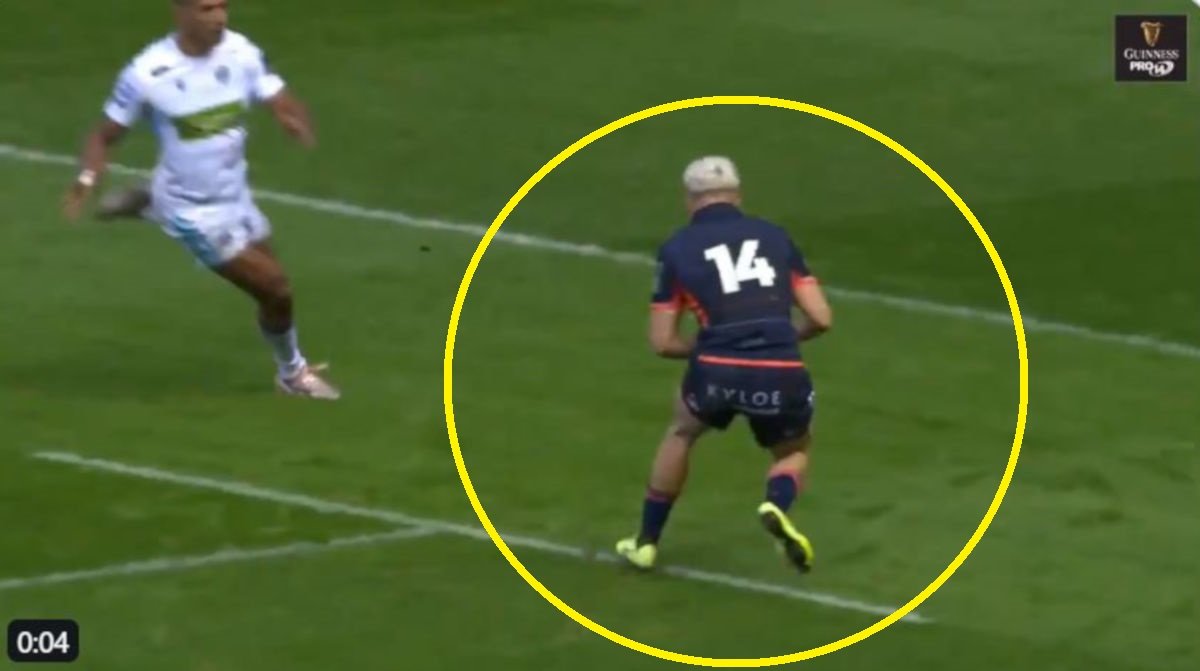 The Fijian forward throws a sickening one-handed offload to Scottish flyer Darcy Graham. To be fair it came from a brutish charge up the field by Duhan Van Der Merwe.

The giant 6 foot 4, 17 stone plus back is Scotland’s future answer to George North, when he qualifies that is.

Over 23,000 fans booked their place at BT Murrayfield for the second leg of the historic inter-city derby, a record crowd for the fixture.

Ahead of the match, Head Coach Richard Cockerill, said: “We’ve had a good review this week and the players have been able to get a bit of down time with their friends and families over the Christmas break.

“We’re going to go full on and I’m sure Glasgow will come full on. These are no trials for the national team. These are full, we want the points, we want the bragging rights and we want to keep the 1872 Cup that we’ve won the last two years.

“It’s important for everybody that we represent our city properly.”

Speaking ahead of the match, Rennie said: “Mentally the break has been good for the boys – it’s a good chance for them to spend time with their family. They’ve trained well since coming back in and are in good shape.

“Oli [Kebble] has probably been our number one choice at loose-head, and Aki has really shown us what he’s all about over the last couple of weeks. Tomorrow is a chance for Oli to come back in and make a statement.

“Ratu played superbly earlier in the season before his injury, and he deserves his chance. DTH has missed out in the last couple of weeks due to our depth in the wide channels, and we’re looking for the pair of them to go well.

“Hopefully half the crowd are in our colours tomorrow! It’s a special atmosphere – BT Murrayfield is a magnificent ground. We know what to expect from Edinburgh, we just need to do what we did last week and be patient with ball in hand.”