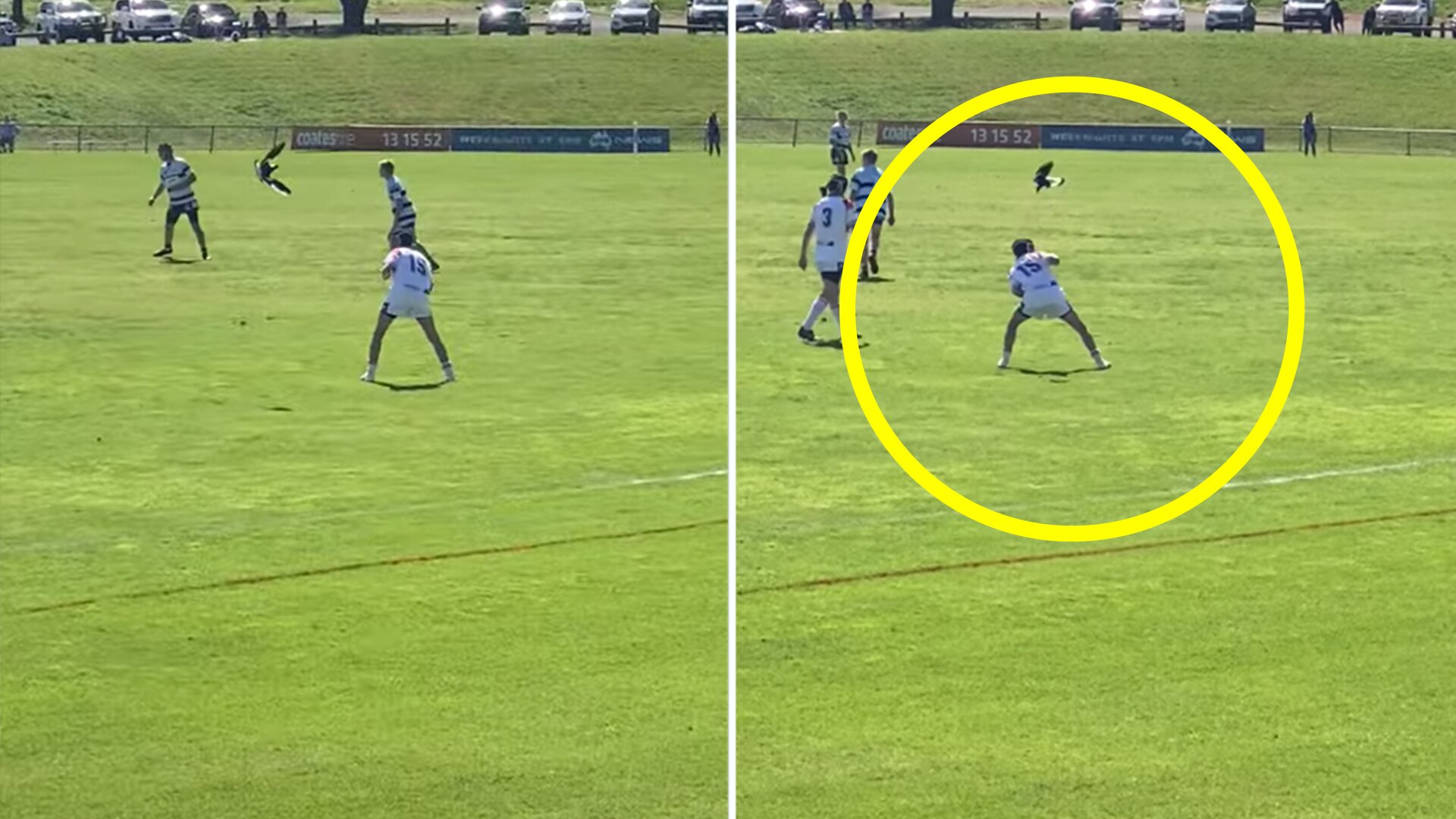 A bird appears to have caused chaos in a rugby match in the U.K. as it consistently seemed to attack a young rugby player during a match.

Funnily enough, the fans seemed to find it funny rather than think the young player was in any real danger.

In the video, skinner appears to attempt to swat away the bird to stop it from attacking him any further, however if anything this her spurs on the bird to continue trying to attack him!

The player was forced to flee the field as it became apparent that this magpie was not going to stop trying to attack this young man.

The video is going viral online as fans try and work out exactly why the bird was so insistent on going for the  Young man!

An eyewitness at the event said.

“At first it was all very funny watching him try and swat away the little bird, however, after about 5 of 6 minutes of the bird not stopping its attack, we thought it might be worth getting Jack off the pitch. We knew the bird wouldn’t hurt him, but it must not have been nice for him having to deal with that!

The video has already gone viral online amassing around 3 million views on social media as fans watch the poor boy flee for his life.

A member of the Rugby Onslaught team has a fear of birds after the famous Alfred Hitchcock film so this was a tough watch for us personally, we won’t lie.

Watch the hilarious moment when the bird decides to attack in the rugby match!

A video maker was driving past Craven Stadium in South Africa when he stumbled across a Springbok prodigy undergoing some brutal solo training. The bird in the rugby match really was up to no good!

Thys Lombard is a short format media specialist in South Africa who specialises in creating stories with his iPhone. The footage that he captured today reveals just how far this kid will go.