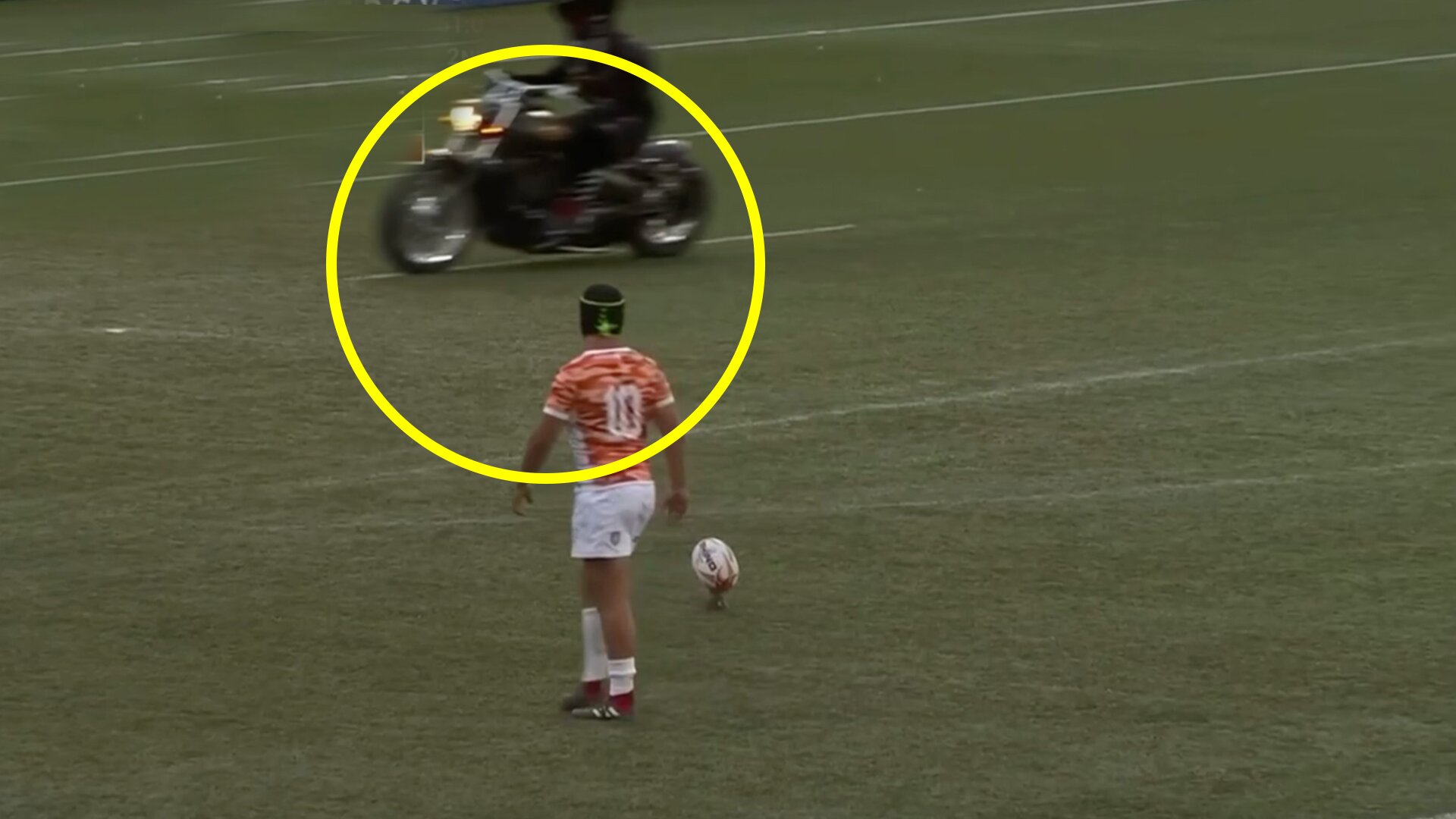 There was a bizarre moment in Major League Rugby this weekend when a mascot appeared to distract Austin kicker Mack Mason for Austin Gilgronis.

The moment happened in the MLR match between Austin and Utah in a match which would be key for both sides in the long run.

The strange moment in this game caught many rugby fans off guard, as they were not expecting to see this kind of thing happen in a professional match.

Major League Rugby has proved to be a big draw this season for rugby fans across the globe who are looking to get their fix of top quality rugby.

They will undoubtedly be very pleased with this performance from Austin.

Utah in the end managed to gain a vital win over Austin, could this distraction to the kicker Mack Mason have had a negative effect on the overall result.

In the clip below, you can see the mascot for Utah drive past on a bike moments for Mason kicks the conversion.

Could it be that he was distracted at the vital moment?

What do you make of it?