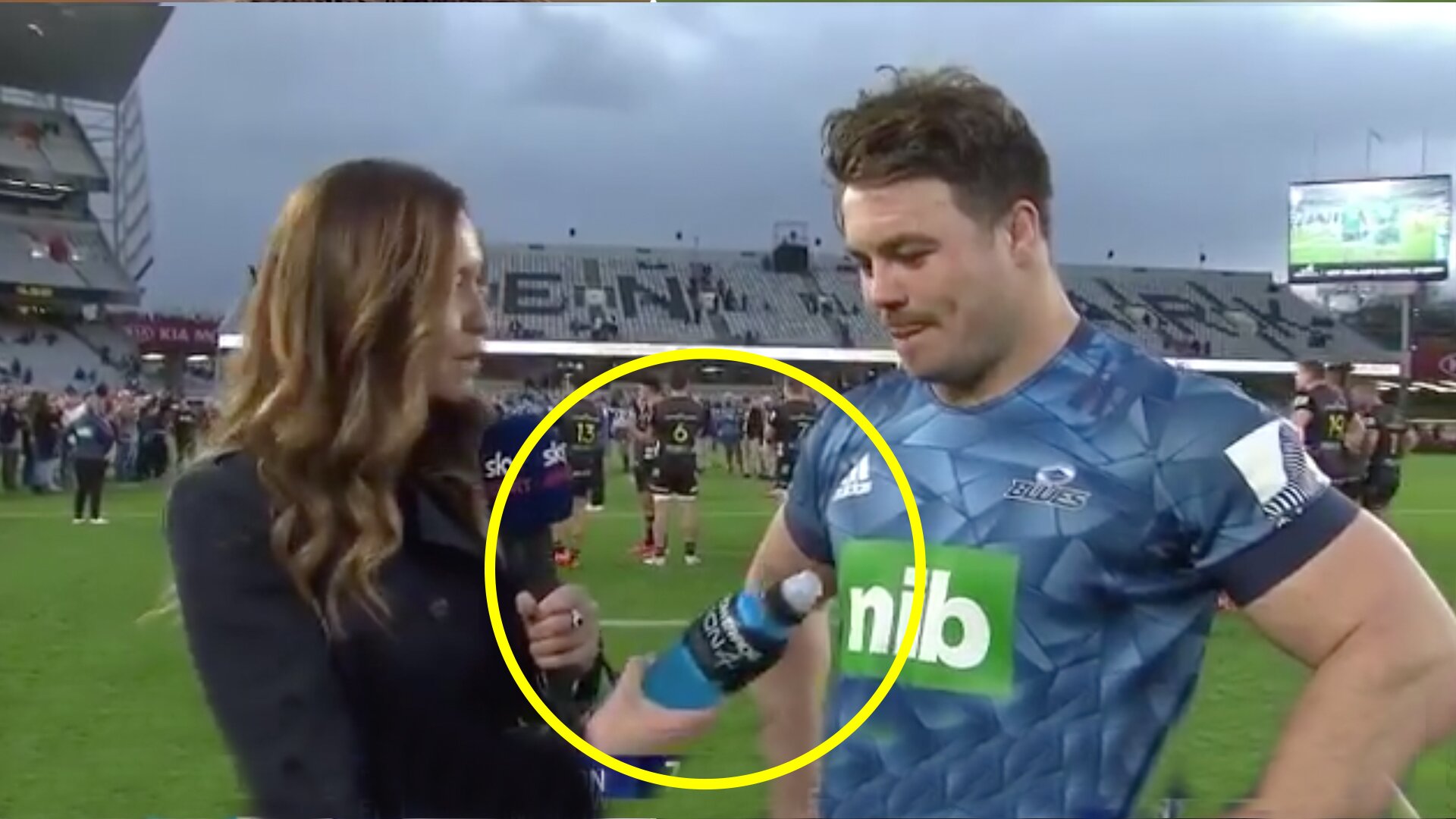 A fantastic video emerged this morning on social media as Blues hooker Kurt Eklund was handed a blue Powerade in his man of the match interview this weekend.

The hooker put in a brilliant performance for the men in Blue this weekend as they swept aside the Chiefs in a strong performance in Auckland.

The most important penalty of the season? And with that, @BluesRugbyTeam stay on the tail of the Crusaders.

The Blues are now only a few points behind the Crusaders as they aim to improve their fortunes in Super Rugby.

The Blues hooker was handed a bottle of blue Powerade as a prize for his man of the match performance. The hooker jokingly said, “should I boof it”.

Boofing means downing a drink, usually using a beer hose, or if you don’t have that then down the hatch is good enough.

The interviewer Kirstie Stanway was keen to see the front row youngster do it, and with some reluctance, the player preceeded to throw the bottle down his throat in brilliant fashion. The video has already began to have gone viral online as fans love seeing Eklund having a bit of fun with the crowd.

The Blues players have been winning over new fans from all over the rugby world during Super Rugby Aotearoa, and this was no different.

“Should I boof it?” – @BluesRugbyTeam hooker Kurt Eklund 😂👏🏽

All Blacks admit they are low on second rows…

All Blacks selector Grant Fox has conceded New Zealand’s locking stocks have been stretched thin as the announcement of the first national squad looms on the horizon.

The unavailability of both Brodie Retallick and Scott Barrett have hurt the nation’s depth in the second row, as the later continues to enjoy his two-season sabbatical, while the latter remains sidelined with a toe injury.

Speaking to Newstalk ZB, Fox revealed Barrett may even be ruled out of All Blacks contention this year, with his injury – sustained in an internal warm-up clash prior to Super Rugby Aotearoa – keeping him out of action for between three and four months.