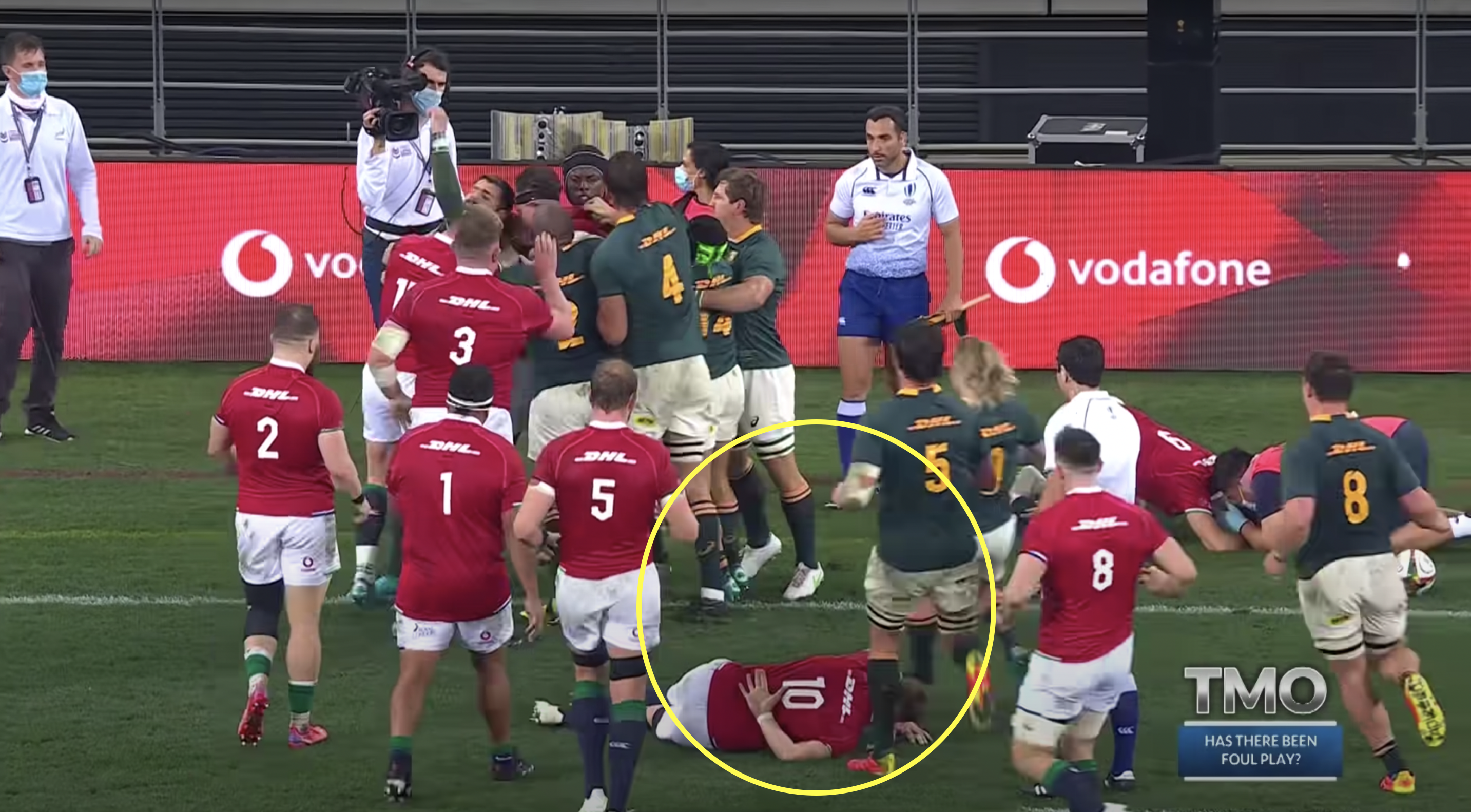 In a game full of cheap shots, illegal tackles and multiple biting allegations, it is staggering that only one player has been cited following the second Test between South Africa and the British & Irish Lions (the Lion’s Kyle Sinckler for an alleged bite on Franco Mostert).

With every day that passes, more incriminating footage seems to emerge though which puts a new player under the spotlight. On this occasion, it is Springboks hooker Bongi Mbonambi.

In the melee after Cheslin Kolbe took Conor Murray out in the air, the hooker charged in and smashed Lions fly-half Dan Biggar in the back, causing him to hurl into his teammate Tadhg Furlong. This is a pretty cheap shot as Biggar had his back turned and was completely blindsided.

The way he careered into Furlong could have caused a serious neck injury, although he fell to the floor holding his back, and could have easily ended his Lions tour. If a list was compiled of the worst players to be flung into, the Irishman and his sizeable shoulder would be very near the top.

There may have been too many things going on in this instance for referee Ben O’Keeffe to pick up on it or TMO Marius Jonker either, but on another day Mbonambi could have been in trouble.

This just summed up the first half of this match, which was loaded with violence and eventually caused the half to actually last 64 minutes due to the amount of stoppages and checks with the TMO. Both teams will be braced for a similar encounter this Saturday in the third Test.

This is the cheap shot in question: