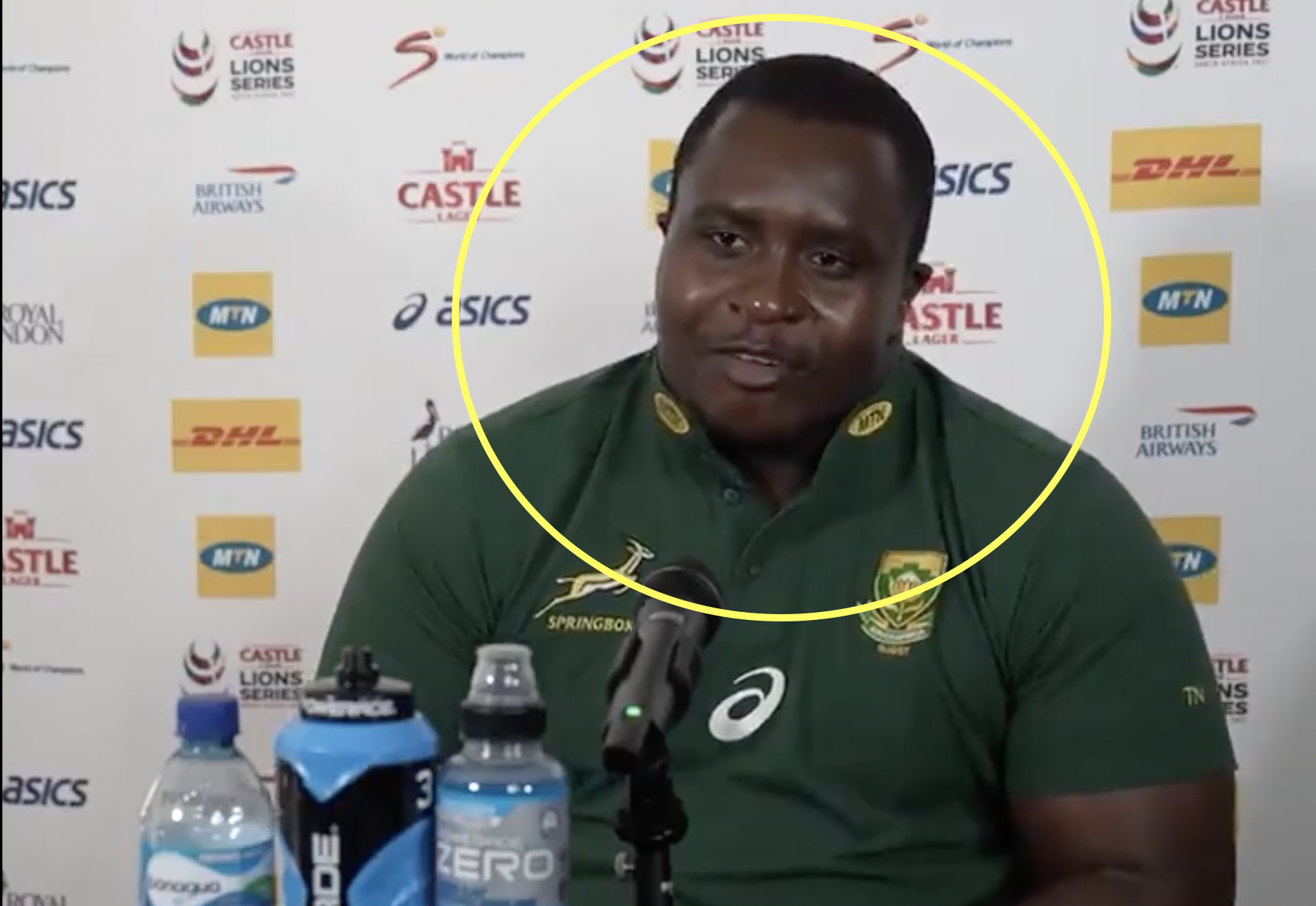 Springboks prop Trevor Nyakane has said that he sees himself as “full on tighthead,” despite being selected as a loosehead on the bench for the second Test and Saturday’s decider against the British & Irish Lions.

The 32-year-old started at tighthead for the first Test, but moved to the other side of the scrum after Ox Nche picked up an injury. He was part of the much-vaunted Bomb Squad in the second Test, and made a huge impact after coming on, proving to be a menace in the scrum and at the breakdown.

Despite this performance, he revealed that he still sees himself as a tighthead.

He said: “When I started playing, I was always a loosehead and there came a time in my career where we were short of tightheads and I was asked to start covering that position and at that time if you had asked me I would tell you that I’m a loosehead and just helping out at tighthead. But as time went on that started to change and if you asked me maybe two weeks ago and you said ‘Trevor what position do you prefer to play?’ I would have easily with no doubt said ‘I’m a tighthead, I can try and cover loosehead but I’m full on tighthead.’ I still feel the same way but right now I’m on loosehead and that’s what the team needs and that’s what I’m going to do.”

The fact that a player that sees himself as a tighthead was able to cause such damage as a loosehead does not reflect well on the Lions. However, Warren Gatland has made changes to his front row this week, and although Nyakane is still likely to face Kyle Sinckler in the scrum again, other changes across the front row mean the Lions could put up a sterner fight in the second half. On top of that, the sizeable Adam Beard is also coming off the bench in the second row, which will only strengthen the Lions in the set piece.