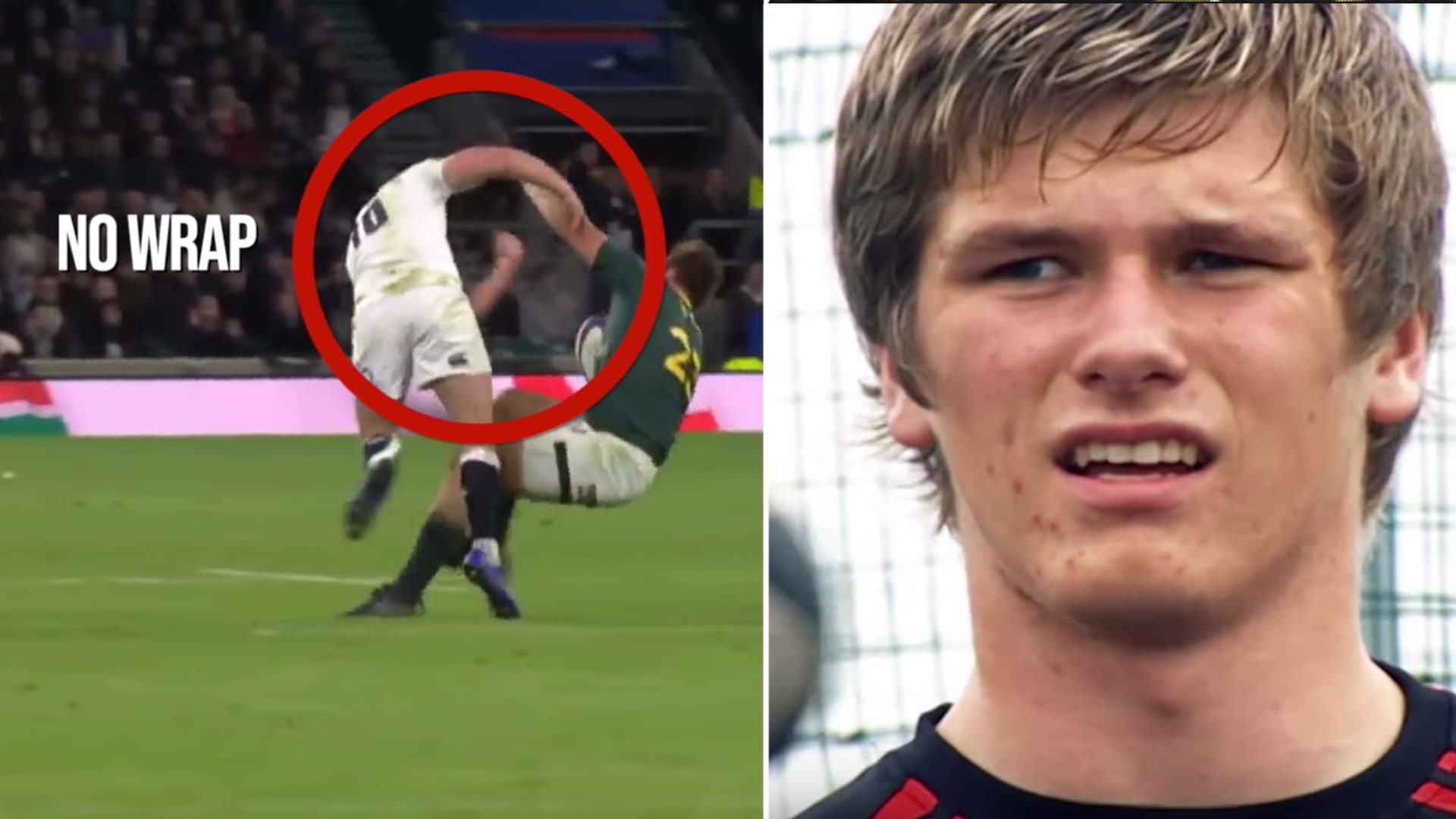 A brilliant new video has listed out the reasons why England captain Owen Farrell is one of the most hated men in rugby.

The video came out just a few hours ago and it really goes into depth looking at Farrell and his temperamental past in the sport.

Many rugby fans around the globe know Owen Farrell in rugby as the high-tackling, overly aggressive English back. This video shows that it goes far deeper than that, and that this player has a very dark past in the sport.

The video is headlined as ‘Is Owen Farrell the most hated man in rugby?’…

The Rugby World Cup as a whole was marred by a string of unsavoury tackle incidents, with officials complaining about how this area of the game is being managed. Farrell himself has earned a bit of a bad reputation in the rugby world with his tackle technique. Farrell has earned himself the nickname of “Shoulder Boy” because of these incidents.

His former Saracens teammate Schalk Brits give him a nasty elbow to the face back in 2013 when the Lions took on the Barbarians before their tour of Australia. Owen Farrell is rugby marmite!