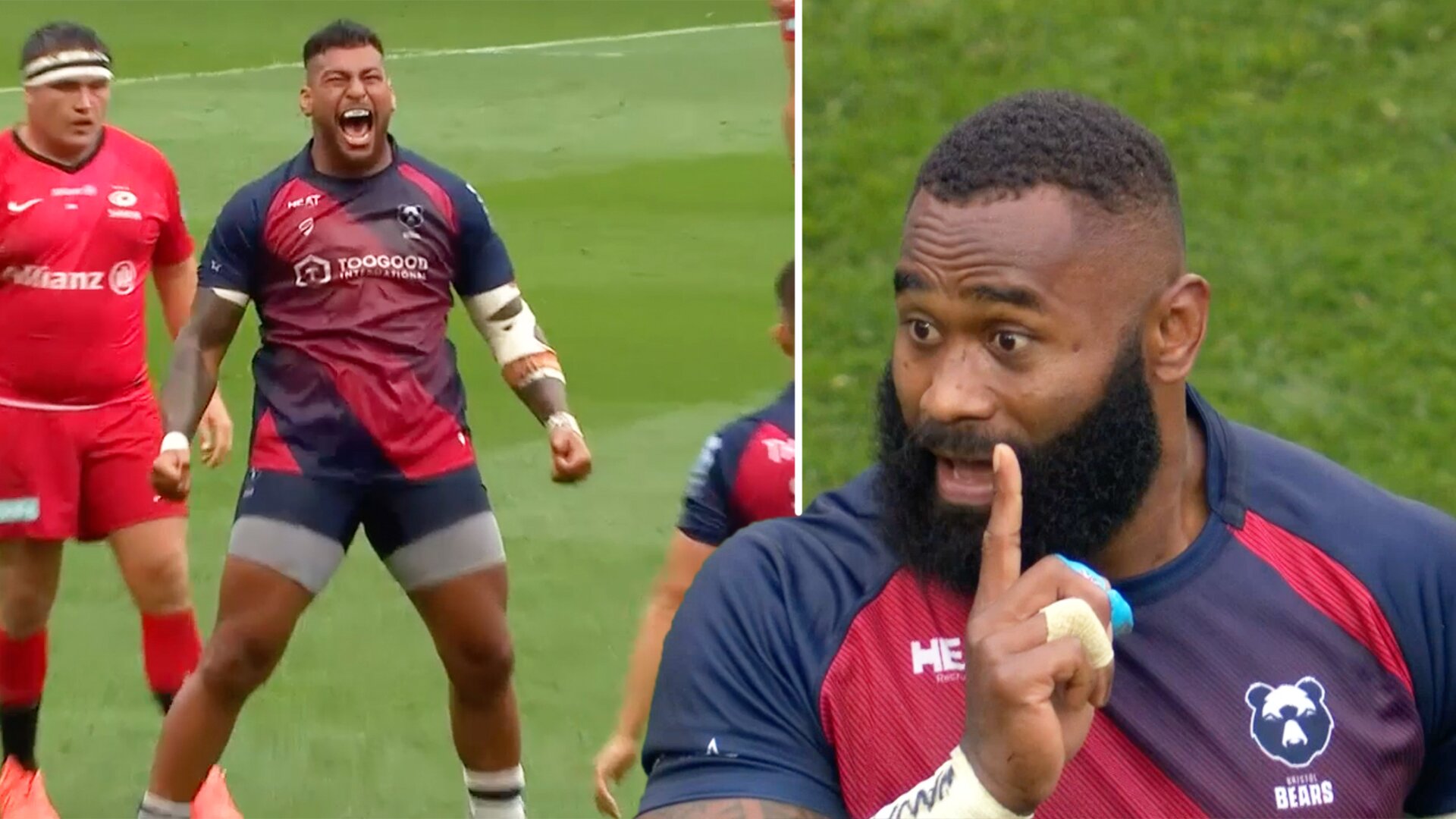 All eyes were on Ashton Gate this afternoon as Bristol took on the reigning champions Saracens.

With some huge new signings in their ranks including Kyle Sinckler and Semi Radrada – many have touted the Bears as dark horses for this year’s title.

The game itself was a stop-start affair with neither side able to get a dominant foothold in the encounter.

In poor conditions, the sides exchanged penalties for the scores to be locked in at 6-6 at the break.

After the interval, the contest continued on in the same vein as the visitors stifled Radradra in midfield who wasn’t able to shine.

Rotimi Segun had his best performance in a Saracens shirt as he influenced play all over the park with a number of crucial interventions at the breakdown to win the ball back for his side.

As the closing stages of the match approached, it looked like winger Luke Morahan had gone through for this spectacular solo effort

The try was ruled out for an adjudged obstruction but Bristol Bears were still on the hunt for the pivotal score and they got it late on in the 76th minute as they piled over the driving maul in the corner to get the penalty try.

With the scores locked in at 16-12 Saracens launched a fierce onslaught onto the Bears line but it wasn’t enough to snatch victory as the hosts won back possession to boot it out of play.

Here’s what you’ve been waiting for 🙌

Some serious rigs in the mix this week 👏

UP THE BLOODY BEARS! 🐻 pic.twitter.com/I9kJWWFIAE

This victory has propelled Bristol Bears up the pecking order as top challengers to Exeter Chiefs who also impressed today with a dogged 26-13 victory over Leicester.

This wasn’t a champagne game of rugby but an ugly slog of a match in which Bristol didn’t play anywhere near their best.

They did, however, win ugly – and that is the true hallmark of any champion side.

Fans were buoyant after their sides victory

All those 2 score win predictions….. Fair play to TC for being a realist. Winning ugly is good.

Bristol Bears are going to finish the weekend in second place in the Gallagher Premiership behind Exeter Chiefs.

A decent chance those two sides could be competing for the title at Twickenham in the final in October.

Could we be seeing this at Twickenham soon?

Singing blackbird, with your brothers, on the pitch at your local rivals 💙

Does it get any better? 😀