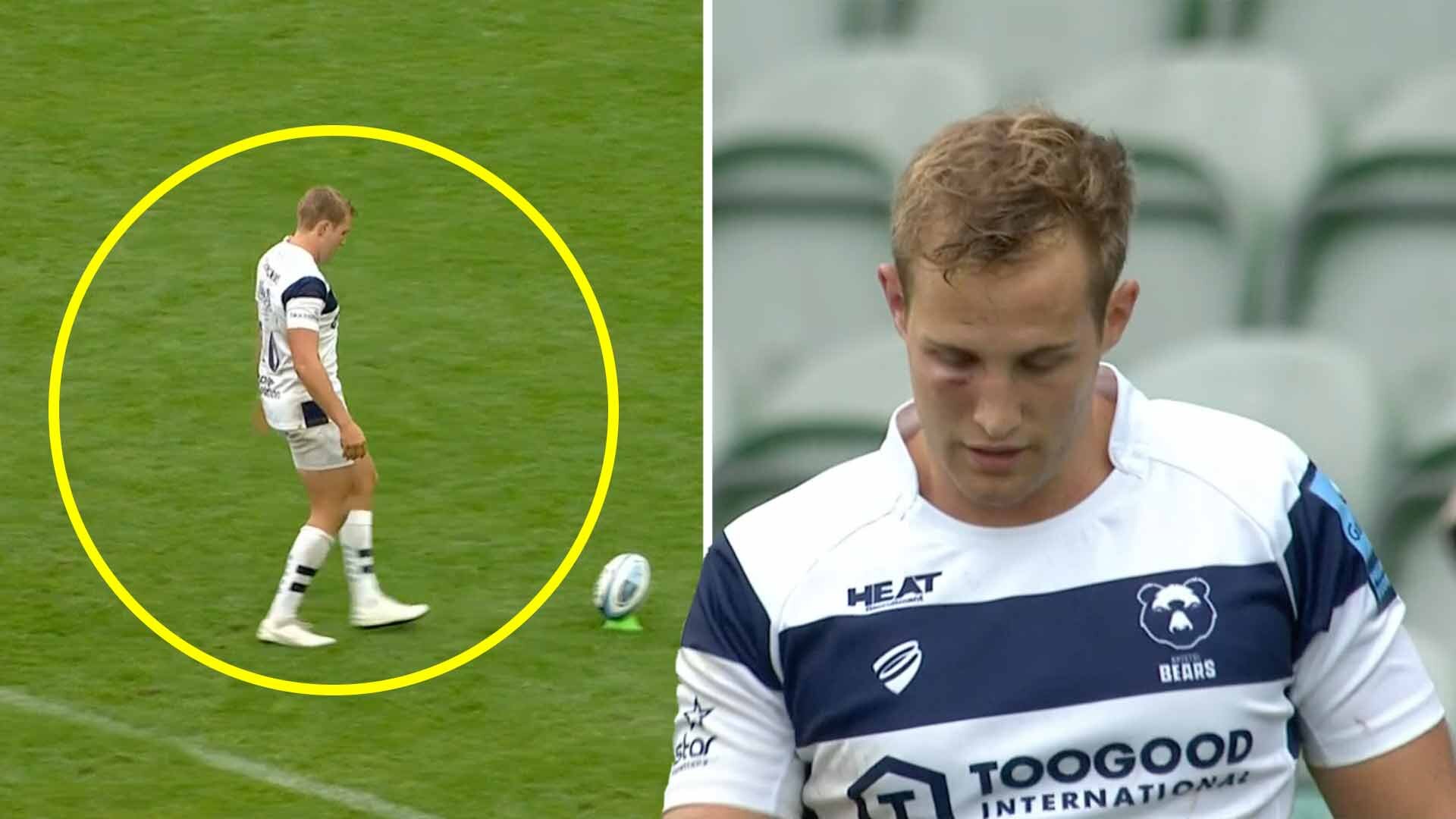 A Bristol Bears player had a moment to forget today in the Gallagher premiership with an absolute howler as he ran in for an easy try against London Irish.

The former Saracens man was helping the Bears put London Irish to the sword today when he had a moment to forget by dropping the ball just as he was about to dot the ball down.

It was not because he was trying to show off or be arrogant, it looks like the poor weather made the ball far slippier than it would normally be.

Max Malins won’t be able to sleep for a week after that one..

Oh my word, Max Malins has just had a Freddie Burns moment.

36 | Max Malins goes over the Irish line but drops the ball before he can put it down. We come back for a penalty and Malins adds three from the kicking tee instead.

Despite the fact that he was not showboating, the Bristol Bears star will still no doubt not forget this blunder anytime soon. It did not have any great sway in the final result of the match, however it was enough to let fans have a playful pop at him online.

It reminds us of the horrendous drop that Freddie Burns did back in 2019 in the Champions Cup, now that is a truly serious drop that people will never forget which did have a sway in the final result.

We’re sorry to do this to you…

It has happened to the best of us! 😭 pic.twitter.com/wyQfGYbczo