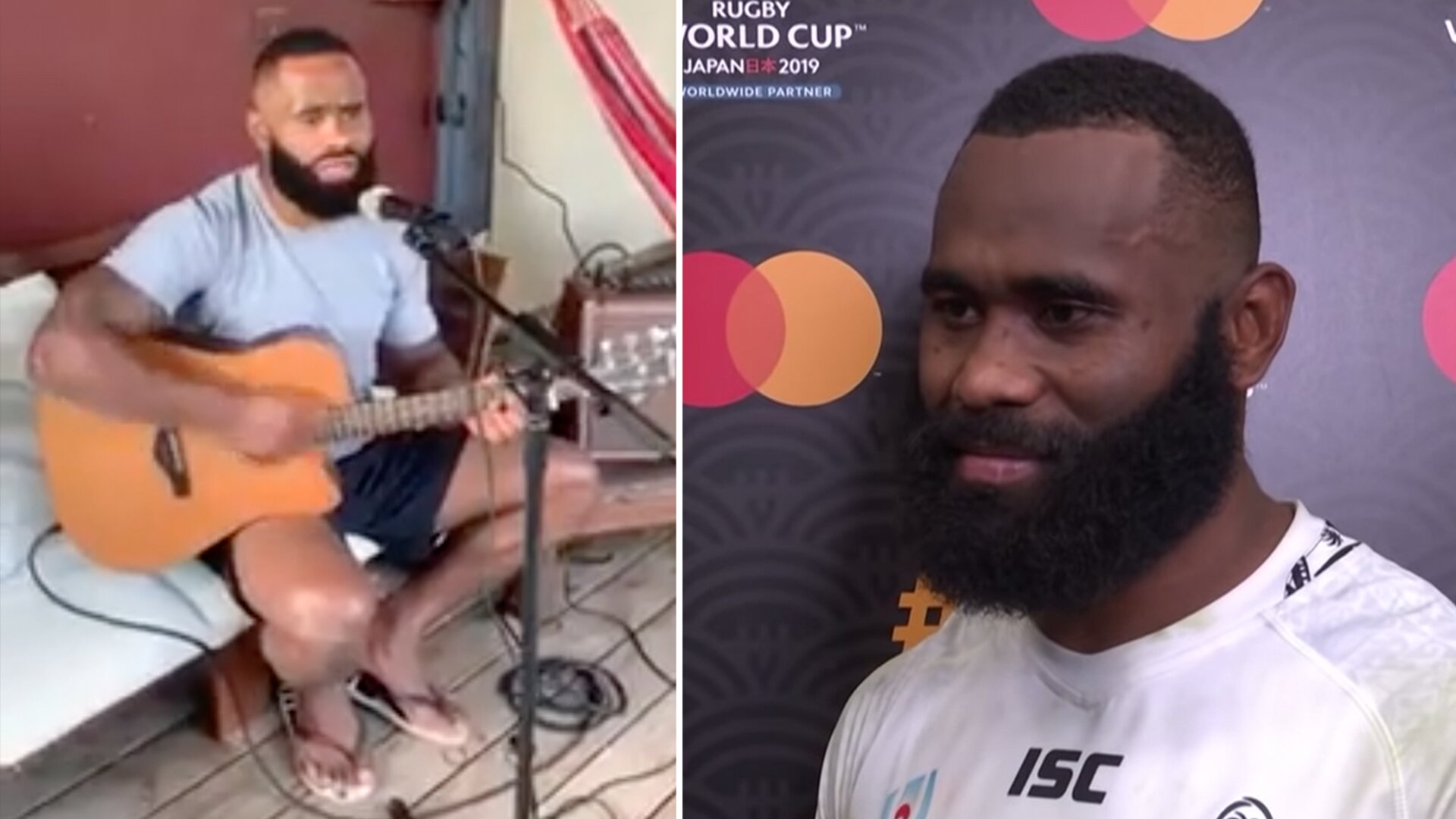 Bristol Bears star signing Semi Radradra has an incredible talent that nobody in the rugby world seems to know about. A video emerged today online which only has 3 views revealing this incredible talent.

Semi Radrada is considered by many rugby fans to be one of the greatest rugby players on the planet. His performances for Fiji and Bordeaux over the past few seasons have been a testament to just how good this player is.

The Bristol Bears big-name signing also appears to have an incredible talent that until now had no idea about. He has an amazing voice!

A video on YouTube was uploaded by a user called High Definition with 128 subscribers. The video shows Radradra singing a cover of a Fijian song called Qi sa Lesi riki.

We were astounded and the incredible voice that he had. Semi Radradra has an amazing talent outside of rugby.

The 28-year-old won over millions of rugby fans during the Rugby World Cup with some of his showpieces performances. After Fiji bowed out of the tournament he even took to time to thank fans from Japan and Wales.

The video of Radradra singing and playing guitar, as far as we know hasn’t been shown to the public before. So this will make for a brilliant video for any Bristol Bears fans.

The Fijian will be expected to sing a song when he joins Bristol, this could very well be the song that he decided to sing when he is brought up in front of the team.

Radradra is set to play his first game for the men in blue and red in August with their first game against Saracens on the 15th August.

We can’t get over this previously unseen clip Semi Radradra showcasing his incredible talent!

We will try and find a better quality image when we can!