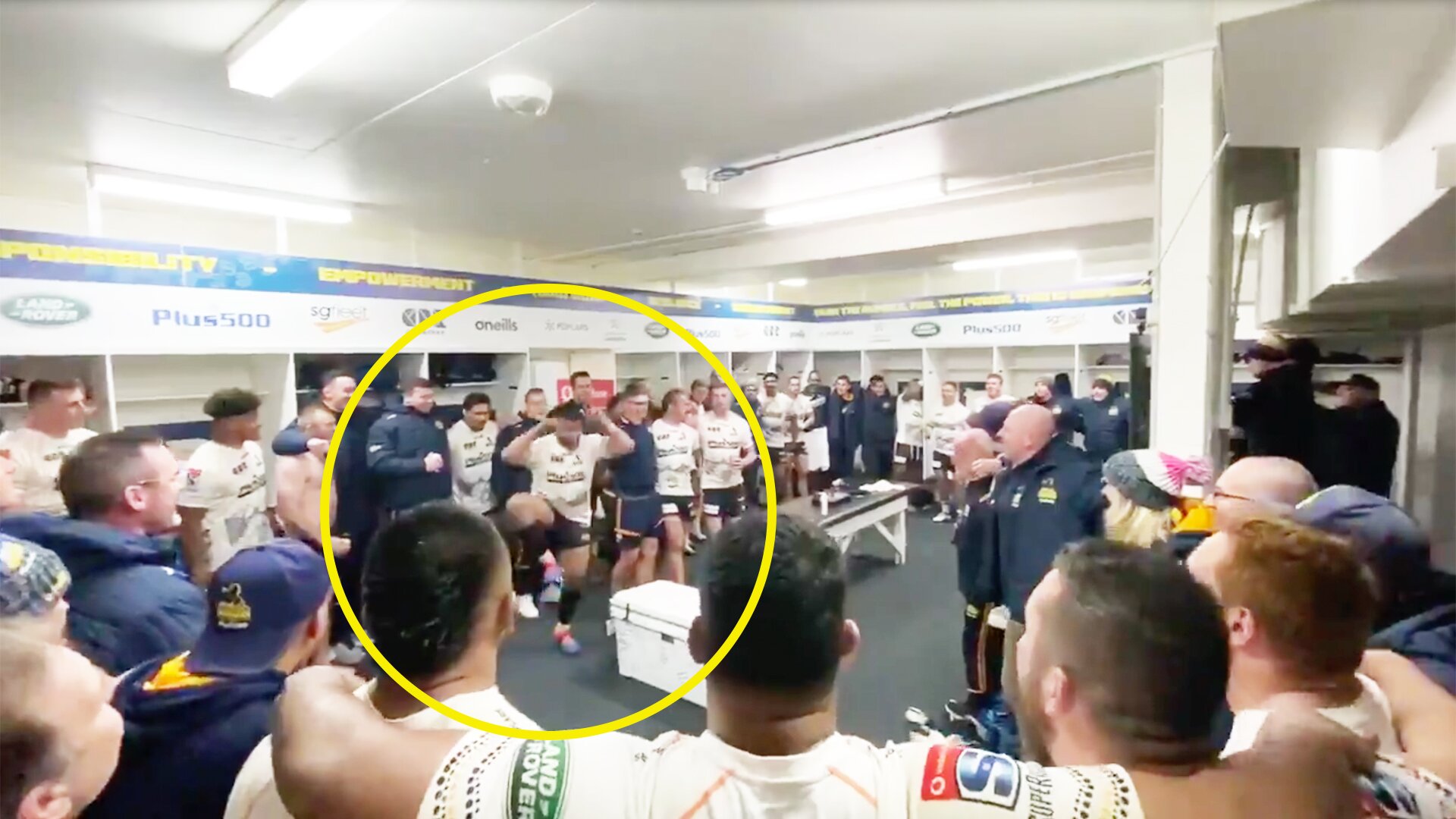 There were chaotic scenes in the aftermath of the Brumbies Super Rugby AU win over the Reds today.

The Canberra based side left it late to secure a stunning 27-24 victory over their Queensland counterparts in a thrilling contest that is just the latest blockbuster game to emerge out of the Australian rugby competition.

The home team started the strongest with two well-taken tries watched by a restricted capacity crowd due to COVID restricitons.

The visitors hit back with a brilliant try from number eight Harry Wilson.

The rest of the match was a seesaw battle with both sides exchanging tries to leave the scoreboard at 19-20 to the rests with the clock in the red.

The home side won a penalty in the last play which was cooly taken by replacement Mack Hansen to scenes of pandemonium on the final whistle.

The pandemonium carried on through to the dressing room as the home team celebrated wildly.

Footage has just surfaced online showing chaotic scenes as the victorious Brumbies break out into their famous club song.

watch the scenes of bedlam in the new footage below

Super Rugby Aotearoa has been a smash hit globally with bumper crowds and record TV audiences.

The Crusaders recorded yet another victory earlier on today to secure their number one place in the competition whilst condemning Warren Gatland to another loss for his winless Chiefs side.

With scenes like this you start to feel like rugby in Australia is firmly on the up after years of criticism about the entertainment value that the teams such as the Brumbies and Reds bring to Super Rugby.

watch highlights of this thrilling Super Rugby encounter below