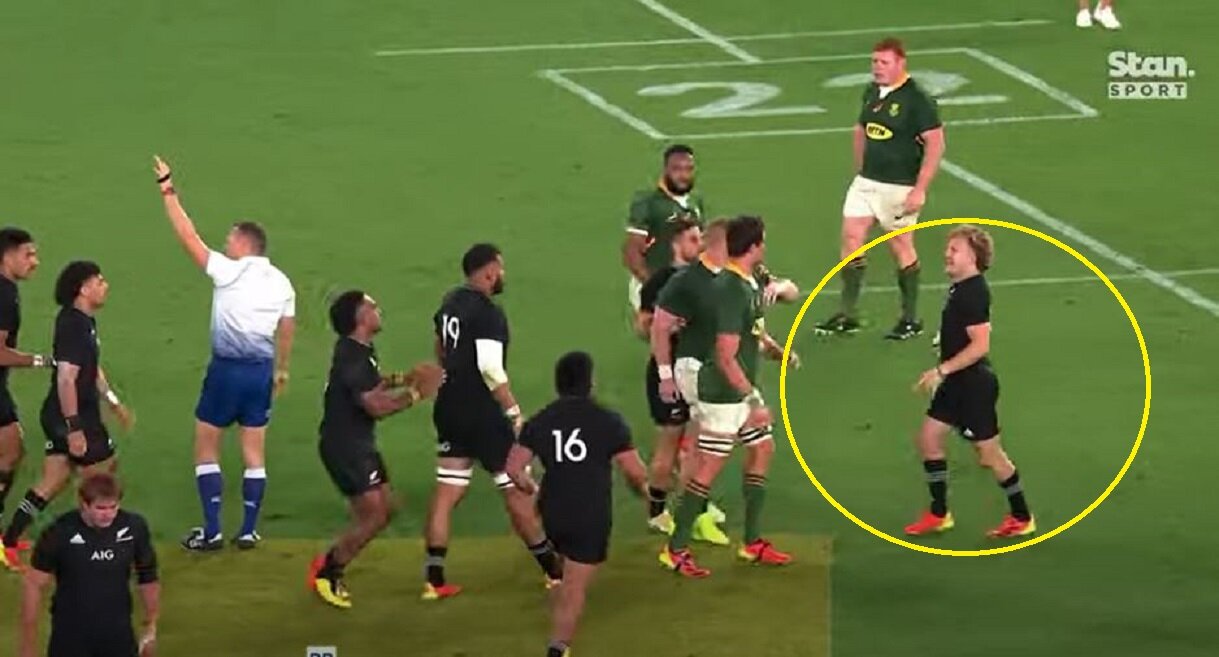 Little Damian McKenzie didn’t know what hit him. The Bullyboy Springboks roughed him up good oh after splitting him with a big (and rare for them) legal hit.

It’s sad to see, the Bully-Bokke going after the smallest man on the field. Brave Damo did his best to face the giant South Africans and he gave a great account of himself.

IN OTHER NEWS: Springbok Sevens captain, Siviwe Soyizwapi said the commanding performances by the Blitzboks in the recent HSBC World Rugby Sevens Series events in Vancouver and Edmonton had buried the disappointment of the Tokyo Olympics and closed out the 2021 season with a perfect ending.

The South Africans won both HSBC Canada Sevens events and in the much-shortened World Series, and were awarded the overall title for the 2021 season, something Soyizwapi said was an upbeat end to the year.

“We hardly played in the last 18 months and when we did so for the first time, at the Tokyo Olympics, we did not perform to our standards. Everybody left that event hurt and very disappointed, not only in the result, but because we knew we were better than that 5th place finish,” the winger said.

It was followed by the shortened 2021 series and the two Canadian events, and the Blitzboks, this time with four debutants in their midst, powered through Vancouver and Edmonton, with commanding wins in the respective finals over Kenya and Great Britain.

Soyizwapi said the 12 wins on the trot were more in the Blitzboks style.

“We unintentionally moved away from what worked for us when we played at the Olympics,” Soyizwapi reflected, “and we paid the price. So, when we started up again, we went back to our core values and principles and executed that very well. The most pleasing part of that was the way our debutants responded when they were tested. They trusted the system and the results were there for all to see.

“Credit also to the older heads in the squad, like Dewald Human and Ryan Oosthuizen, who guided the youngsters well with their performances and leadership.”