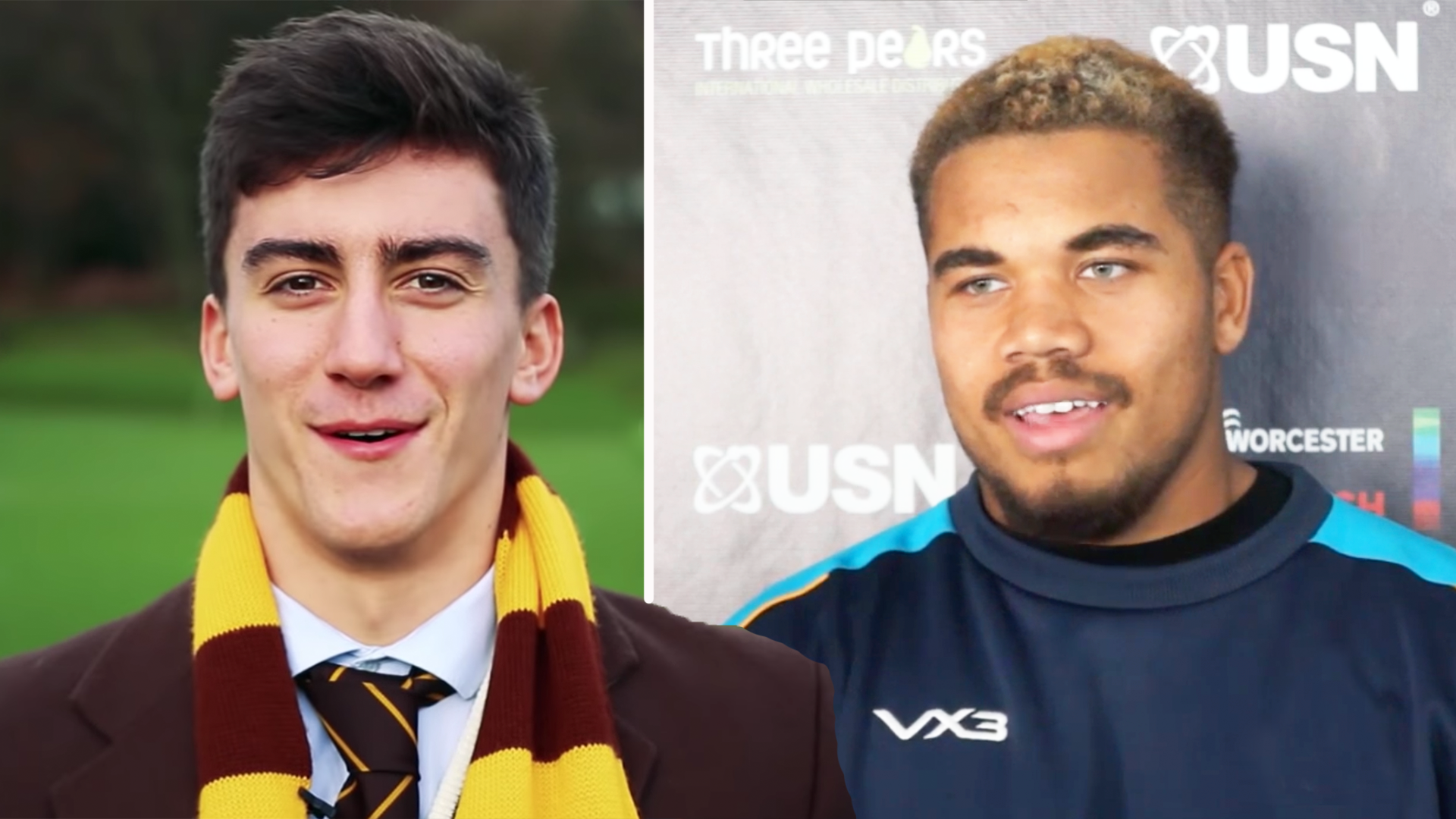 One of the most fascinating subplots of this year’s Calcutta Cup clash at Twickenham will be in the midfield as two former teammates and best friends prepare to lock horns at inside centre.

Cameron Redpath will face England centre Ollie Lawrence in the most eagerly anticipated matchup of the day.

Fans have been hyping up the head to head on social media ahead of tomorrow’s 16.45 kick-off at Twickenham.

This time last year, Redpath and Lawrence were lining up together for the England u20’s in what was seen as one of the most devastating midfield partnerships that the side has seen in years.

Fast forward 12 months and the best friends are now adversaries in a huge showdown at the home of English rugby.

Also Lawrence potentially playing opposite Redpath. Both played in the centre for England under 20s this time last year against Scotland

Ollie Lawrence made his break onto the international stage last year after appearing in Eddie Jones’ Six Nations squad –  making his international debut against Italy.

Since then the 21-year-old’s stock rose after some impressive showings for the men in white.

Many expected Cameron Redpath, the son of former Scotland captain Bryan, to follow his best friend into the English senior side, but Eddie Jones never made the call.

Just looking over to the opposition. Scotland looks really strong as well. The match up between Redpath and Lawrence will be fascinating given they’ve played together at age group previously. England by 5-7.

Rather than wait for Jones’ call, Redpath chose to follow in his father’s footsteps in playing for Scotland. It would appear that that decision is already paying off with he 21-year-old being picked to start at 12 against his former teammate in tomorrow’s Calcutta Cup showdown.

Unsurprisingly, both of the international youngsters dominated at age-grade level with both players being asked to train with the England senior side at a young age.

We can see from this Sedbergh school footage that Cam Redpath was unplayable for his age.

Look at this try from Redpath in the video below!

Fans have been eagerly anticipating the match up between the pair on social media this week.

— Please refer to me as Britney Spears from now on ✨ (@LinebreakRugby) February 4, 2021

Redpath vs Lawrence is going to be interesting, team mates last year

Are you excited for this midfield match-up between the 21-year-olds?