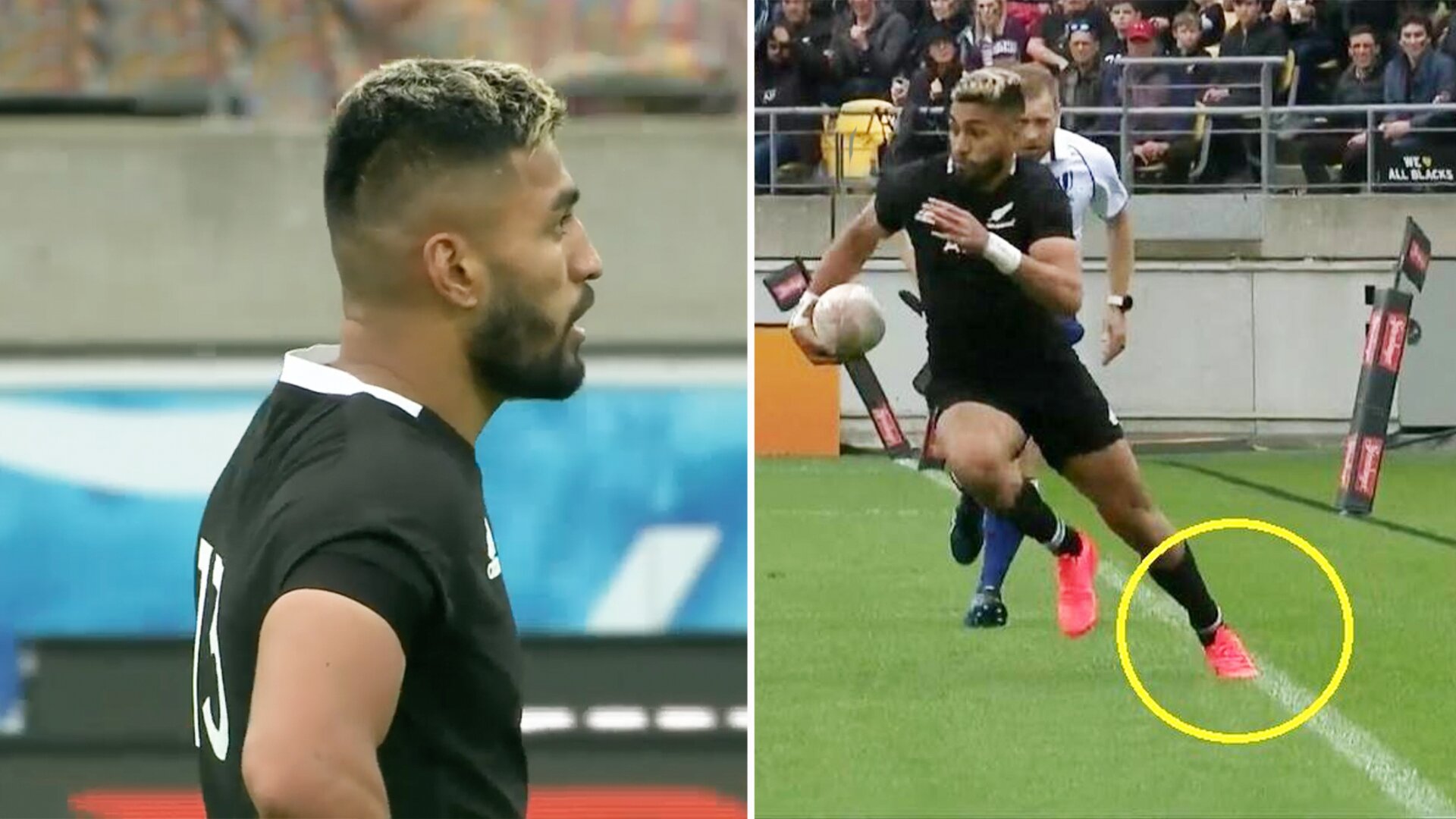 There have been calls for Rieko Ioane to serve a lengthy ban after some unashamed acts of gamesmanship in this morning’s Bledisloe Cup matchup with the Wallabies in Wellington.

The sides drew a test match epic which ended at 16-16 after a pulsating nine minutes of overtime which saw Australian Reece Hodge hit the post from 57m out.

The result itself, however, is a sham – as the All Blacks first try was allowed to stand despite one of the most blatant foots in touch we’ve ever seen.

In the build up to the opening try we CLEARLY see that Ione’s foot is on the whitewash – later on in the play Jordie Barrett went on to score the All Black’s first score of the day.

Below we can see the Jordie Barrett try that followed on from this sickening moment of gamesmanship in today’s clash.

It has been a long time coming, but here is the All Blacks FIRST try of 2020.

There have been calls for the young All Black flyer to undergo a lengthy ban for not admitting to the ref after the try had been scored that he felt his foot go out into touch.

We’ve seen some amazing examples in recent months of English players being honest with the ref – why did this not apply for Ioane?

It can only be a matter of WHEN not IF the citing commissioner gets involved in this incident and bans the Blues flyer but you have to say it’s not what we want to see in our game.