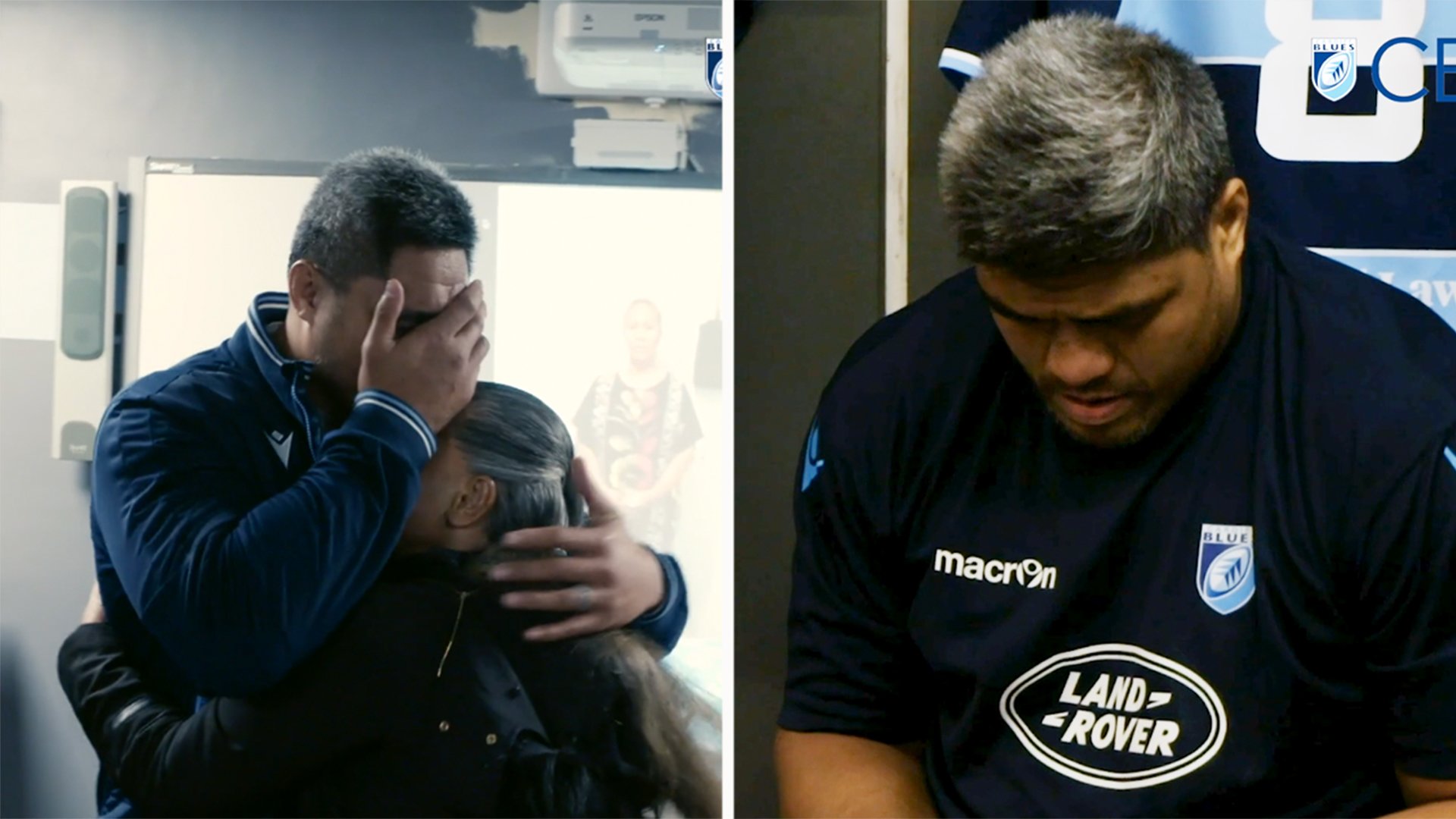 This was an incredibly emotional video from Cardiff Blues. Surprising one of their kindest and most well-liked players with this Christmas surprise.

Love this from Cardiff and you can tell that there was genuine emotions in this video.

Kiwi Nick Williams is known for being one of the hardest men in Welsh rugby but was reduced to tears this week after receiving a very special Christmas gift from Cardiff Blues.

The present was a surprise visit from his mother, Aolele, who the Blues paid for to come over from New Zealand to watch him in action in the UK for the first time over the holiday period.

Father of three Williams broke down in tears as he hugged his mum, while there was hardly a dry eye in the house at the emotional reunion.

Back rower Williams was already wiping a tear from his eye when a video message from his mum was shown in the team room in front of all the players.

Explaining how the visit came about, Blues boss Mulvihill told WalesOnline: “I spoke to Nick a while back and we talked about his mum.

“He said she had never seen him play rugby in the UK and he’s been here 12 years.

“So we talked about it as a coaching group and a management staff and came up with the idea of let’s bring her over.

“We organised that a few weeks ago with help from Nick’s wife Gemma. I also spoke to his brother Tim Nanai-Williams, who is over in France with Clermont, and they got it organised.

Lots of clubs have made these kinds of videos in the past but this was another level of kindness.

Here is the full video of the moment his mum came all the way from New Zealand to surprise him.

Surely Cardiff Blues have won Christmas after this?

One of the core cultural values in the Cardiff Blues Way is #Family. It's everything to us & that's why we brought Nick's mum over for Christmas.

You can also join our family. There's still a little bit of space at our festive derbies. https://t.co/kGE4nUrtXG./cardiffblues pic.twitter.com/7Aejkl2kcT