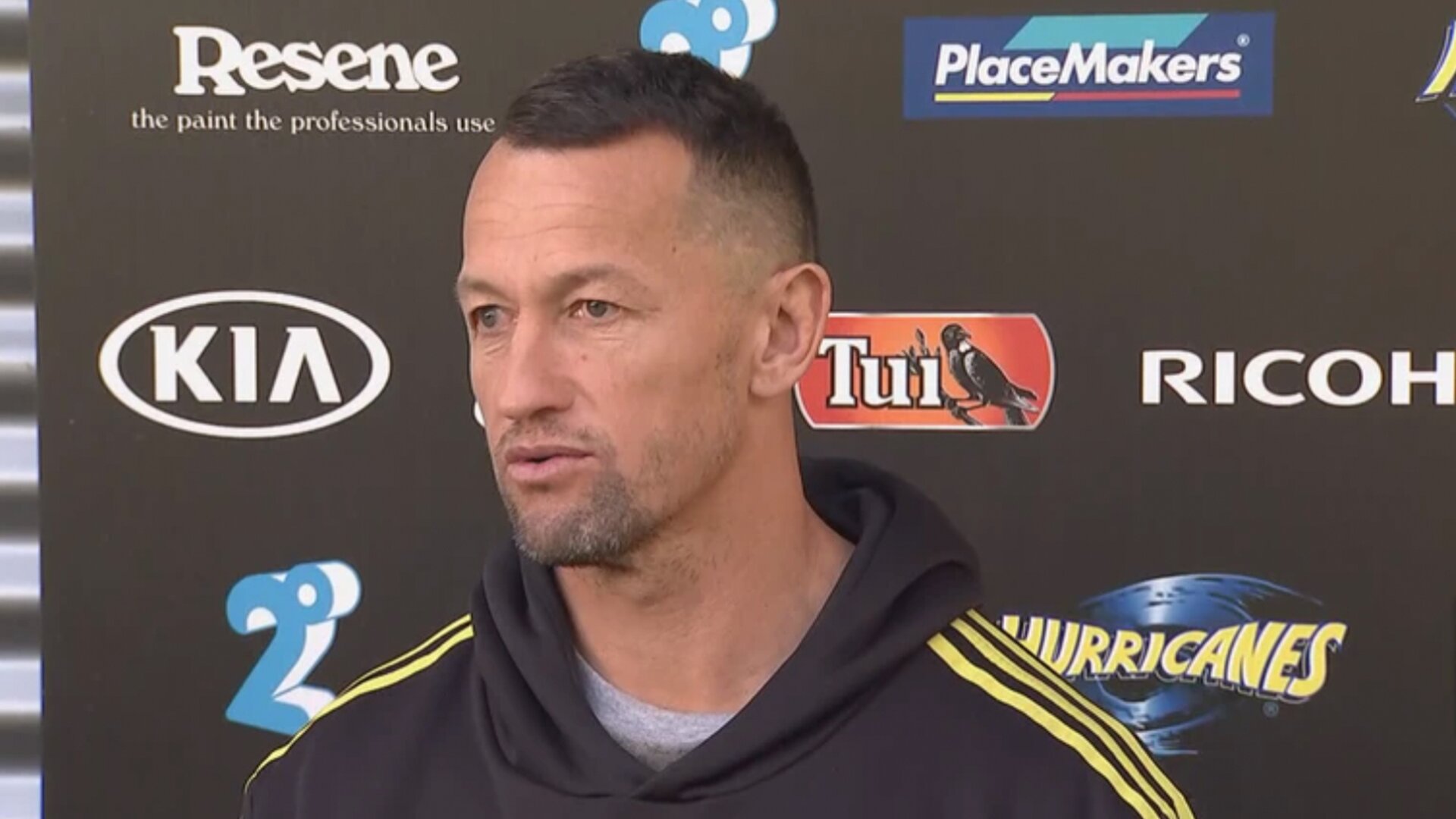 The Hurricanes have sensationally announced that Carlos Spencer is effectively sacked from their Super Rugby team.

In a report we have taken from 1 News in New Zealand, it appears that Spencer has been let go from the Hurricanes team.

That means Spencer will not be a part of the coaching setup for the remainder of Super Rugby Aotearoa.

Hurricanes CEO Avan Lee told 1 NEWS “this an incredibly challenging situation and we’re sad to see Carlos go, as he’s made a huge contribution to this rugby team.”

Spencer has recently made headlines for his crazy trickshots…

Spencer was at first brought on board as an assistant coach last season by then-head coach John Plumtree, who has since departed to take up an assistant role with the All Blacks.

1 News reports that Spencer will no longer play a coaching role with the Wellington team.

The decision to part ways with Spencer was in no way indicative of his coaching abilities, or relationship with his fellow coaches or players.

The knock-on effect could mean more responsibility for experienced utility back James Marshall, who will likely help out with attacking duties.

It would be a way for Marshall to contribute to the side after being ruled out of the rest of the season with a hip injury.

The club keen to stress that Marshall is not replacing Spencer.

The moving pieces does highlight a lack of experience among the Hurricanes coaching staff, at least at Super Rugby level.

Jason Holland is only in his first season in charge as head coach since replacing Plumtree.

Assistant coach Chris Gibbes was only promoted from provincial rugby ahead of the 2020 campaign, and Cory Jane, who leads the team’s defence is only officially six months into his role.

Next up for the Hurricanes is the Chiefs in Hamilton this weekend, with both sides desperate for their first win of the competition.