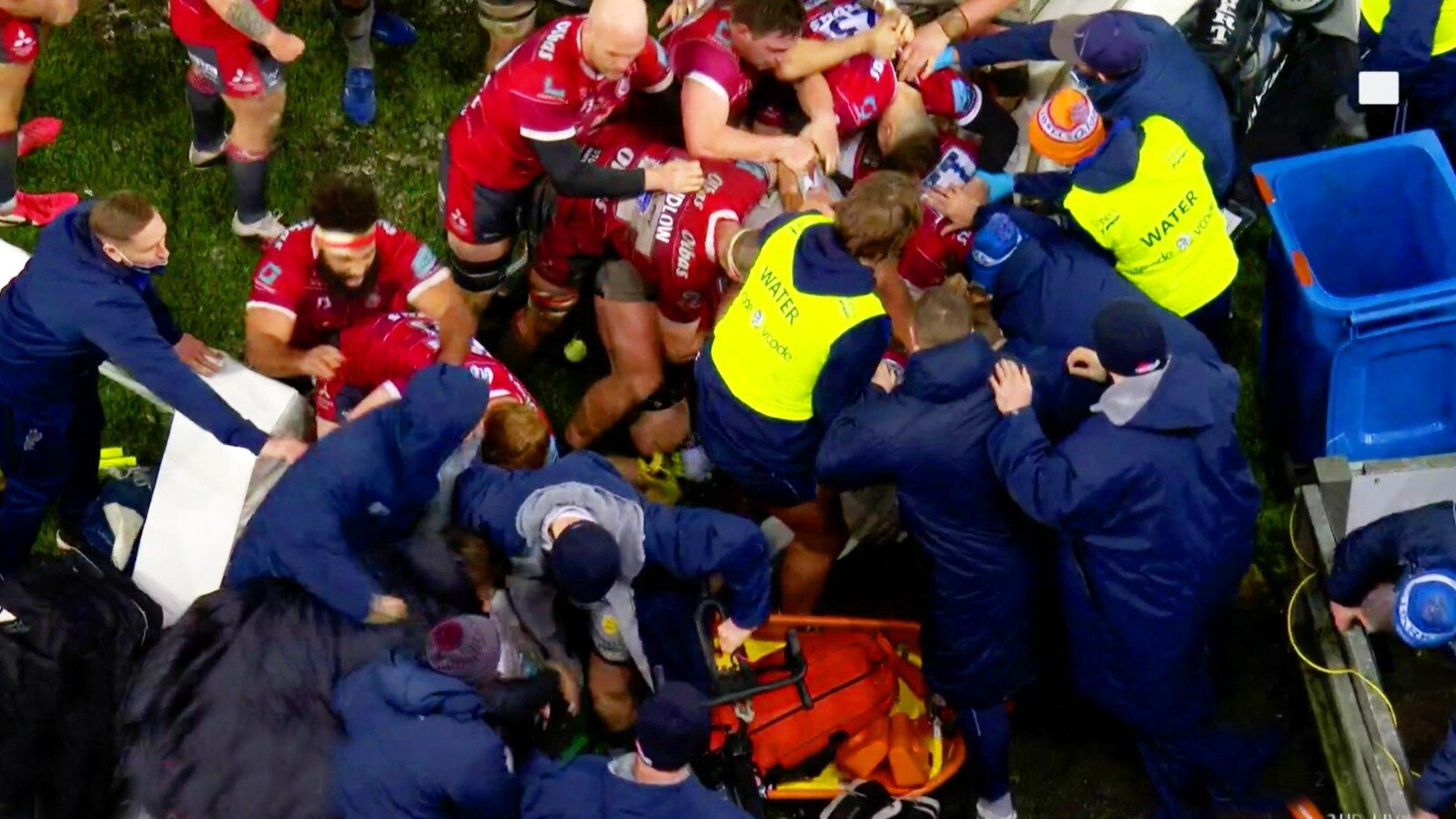 There were ugly scenes in the Premiership after a water boy moment sparked a mass brawl in the final seconds of the clash between Gloucester and Sale Sharks this evening.

The fight came in the closing moments of the encounter at Kingsholm.

The melee seemed to be started as the former England centre pushed a water carrier who was holding onto the ball. We watch as it goes out of play over the advertisement hoardings before the incident occurs.

The match, up to that point, had been an entertaining clash at the home of Gloucester rugby.

There had been some brilliant moments of brilliance in the clash with Louis Rees-Zammit scoring this wonderful effort in the 32nd minute of play. How about the pass from Lloyd Evans!

The match descended into chaos in the game’s closing seconds after a late Sale Sharks try. We watch as MacGinty slots the touchline kick to give the visitors a 19-22 lead.

As Gloucester take the kick-off after the vital score, we see as the ball bounces off the field of play into the arms of a water boy – who looks to gather it.

Billy Twelvetrees takes matters into his own hands and chaos ensues.

Wach the mass brawl in the video below.

Fans reacted to the fierce melee on social media after the final whistle had gone.

Billy Twelvetrees vs. Sale Water Carrier is the fight we didn’t know we needed.

Did someone just shove a non-playing staff?!

This is not a good look…

Last week, a Wasps water carrier basically body-checked Akker van der Merwe whilst the ball was in play, this week a Sale water carrier niggles Billy Twelvetrees into retaliating and giving away a match-sealing penalty. All eyes on the water boys! #GLOvSAL

Although the water carrier’s actions were wrong and very irritating, Billy Twelvetrees’ reaction was a complete overreaction. I thought the decision in response was spot on. No place for that in rugby.