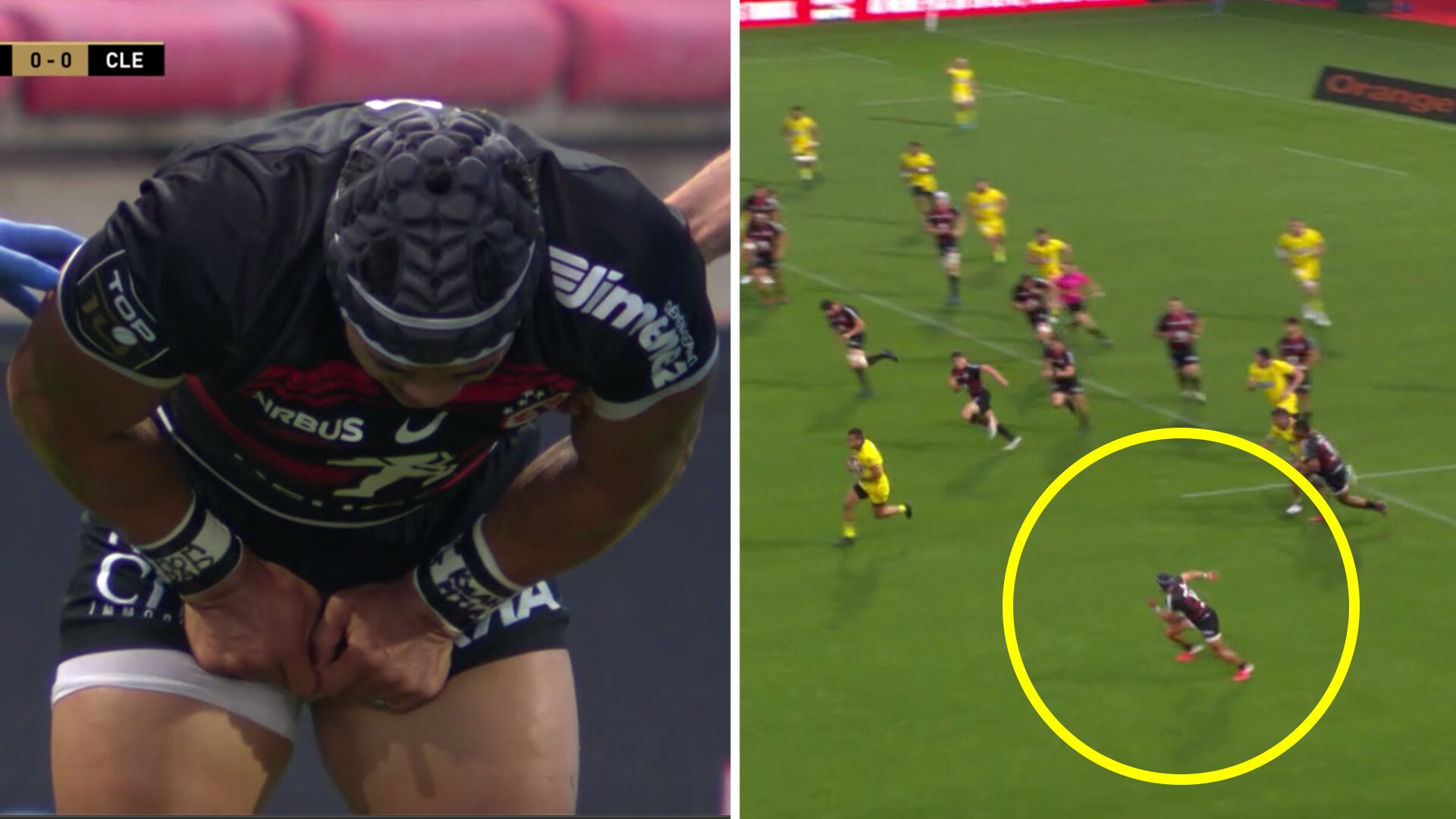 Everybody knows that Cheslin Kolbe is quite possibly the best rugby player on the planet at the moment, and this ridiculous piece of bravery in defence has fans raving once again.

The South African speedster pit on an incredible show for Toulouse against Clermont this weekend in the Champions Cup, showing exactly why he is so revered among so many rugby fans.

I don’t know who’s watching this but Kolbe’s 60m chase back, tackle, and steal was out of this world.

The South African was filmed in the 4th minute of the match running back to save an interception which looked like a certain try for the men in yellow.

Kolbe, on the other hand, had other ideas as he somehow managed to overturn a 10 metre advantage to chase down the Clermont player.

If that wasn’t impressive enough, he then went on to get over the ball, force a turnover, steal the ball and then make a brilliant clearance.

Is there anything this man can’t do?

Just catching up on the 1st half of Toulouse-Clermont now…

If you told me that Cheslin Kolbe was raised by cheetahs I’d believe you#STASM #Top14 pic.twitter.com/iLDB21dnWN