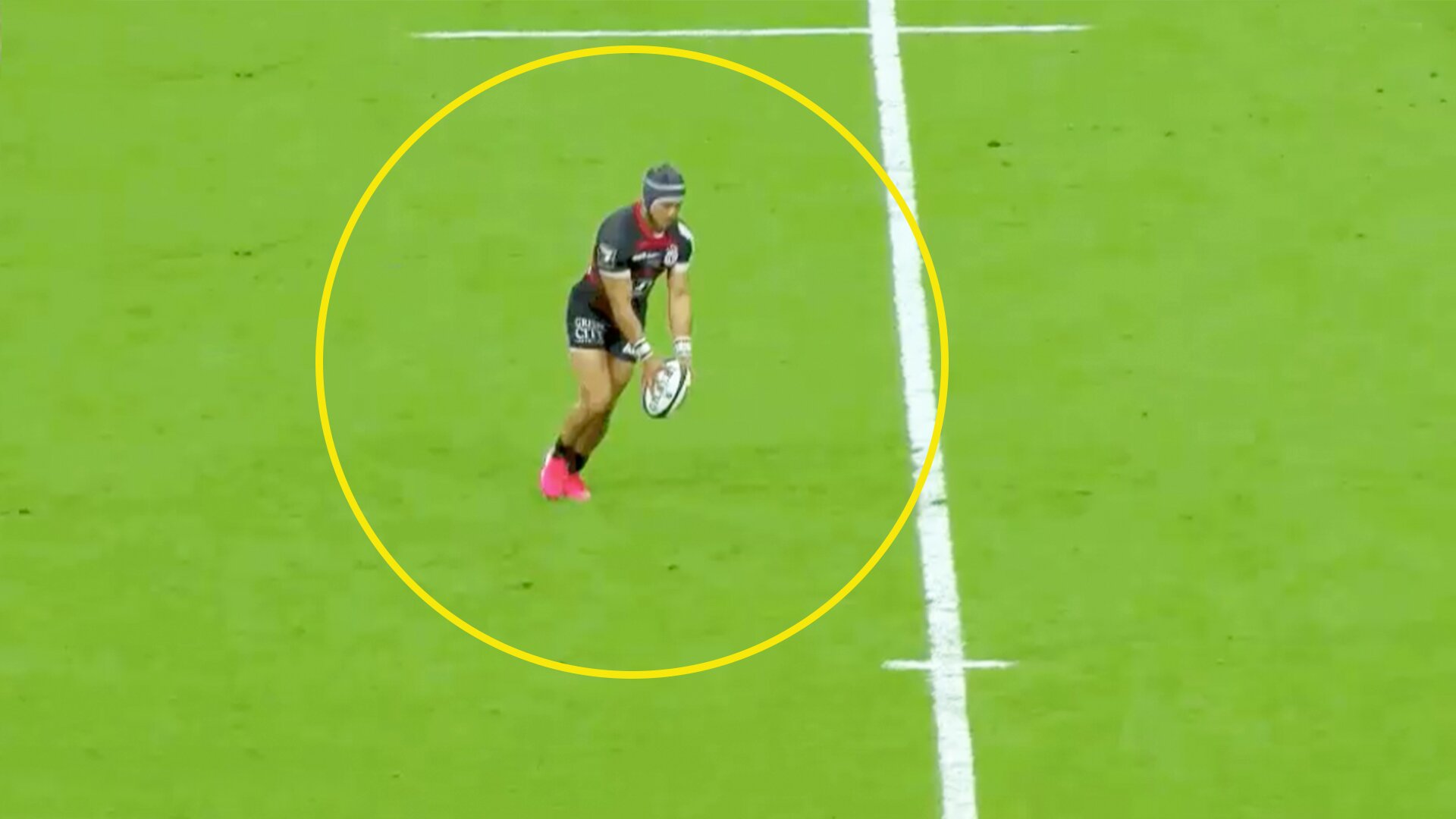 The Springbok winger is best-known for his nimble footwork that famously put Owen Farrell on his backside in the 2019 Rugby World Cup final.

But the 27-year-old had another trick up his sleeve in last night’s French league final showpiece between Toulouse and La Rochelle.

The moment came just before the half-time interval.

We see as French talisman Antoine Dupont emerges from the ruck to spin it back in the pocket to the South African winger.

What follows stunned everyone.

Cheslin Kolbe has just drained a 50-metre drop-goal in the Top 14 final. He belongs in a comic book at this point. pic.twitter.com/JlfE5lTr6C

Cheslin Kolbe was already one of the most dangerous players for the Lions to watch. Now they have this added threat to deal with!

Let us know in the comments.