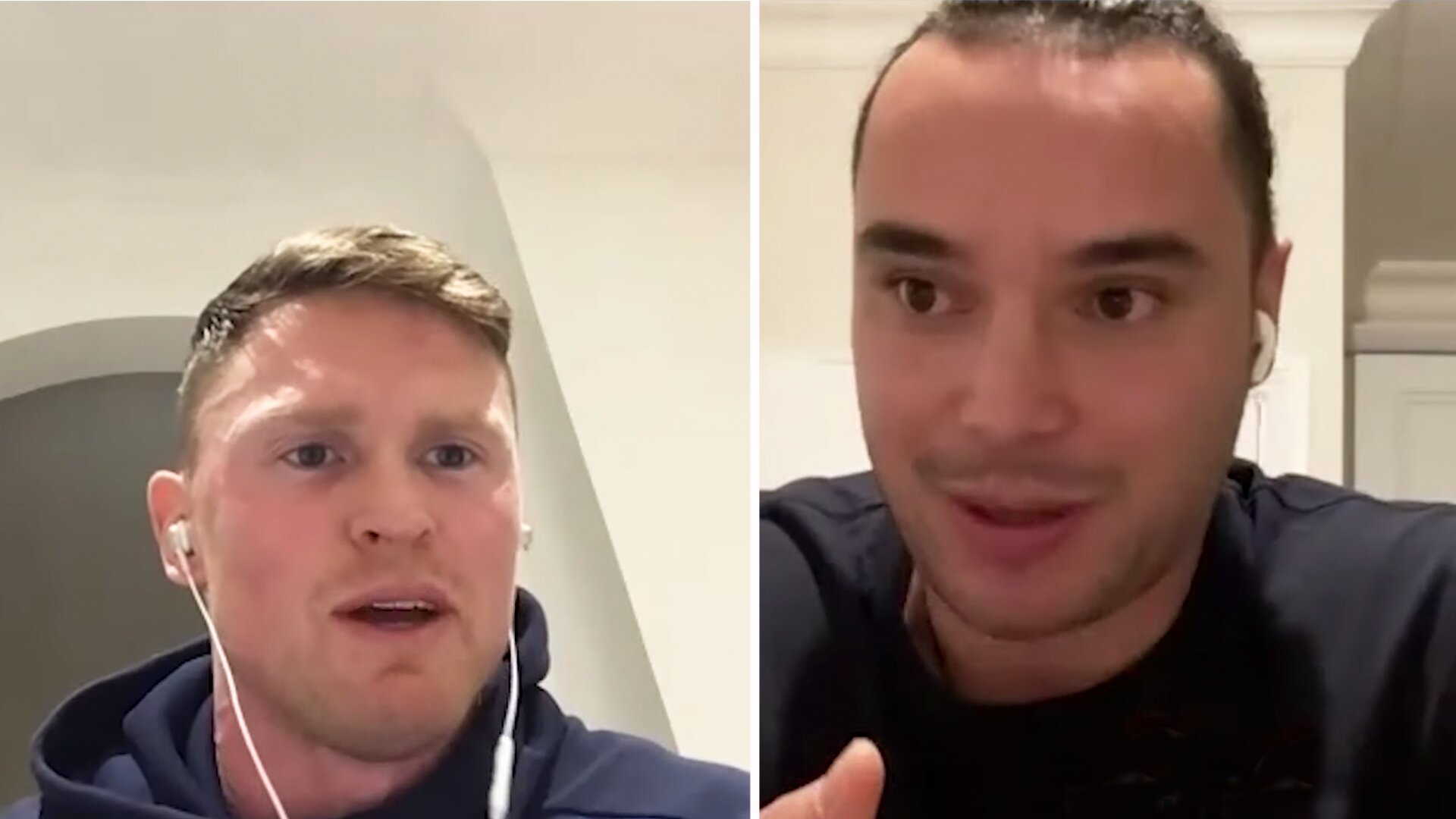 The controversy surrounding Chris Ashton’s comments about James Lowe took another twist today as the two international wingers finally had it out.

Ashton heavily criticised Lowe after the England vs Ireland match in the Autumn Nations Cup – focusing on the moment of Jonny May’s wonder try at Twickenham.

The former England and Saracens wing felt that the Leinster man was at fault for May going over to score in the match.

Here is what Ashton said about the try.

‘If I was a winger on the opposite side of the pitch from Jonny; say I was James Lowe on the Ireland team… when Jonny shanks that kick across the pitch my job is to go across the pitch and get the ball,’ said the former Saracens man. ‘Where was James Lowe? He’s dragging a dresser back there. He’s too big. He’s dragging a tractor, mate, turning. I watched him during the game. He is too big, too heavy, too slow.’

Chris Ashton was quizzed on his remarks yesterday by Jim Hamilton when asked why he said what he said and if he regretted saying it.

Here is what Ashton had to say in response.

Ashton doubled down on his comments about Lowe, stating, ‘ I said about the Jonny May try that he looks a bit big and a little bit slow and I stand by it. – I think if you watch on the try if he had an opportunity again he would have an opportunity to go and stop that try.’

Lowe responded to the comments from Ashton in the RugbyPass Offload podcast this week. Here is what Lowe had to say to the damning words from the former England winger.

‘I mean, for it to come from a player like someone who is recently out of the sport to another person who’s just coming onto the international stage, it’s so tough. You miss one moment and all of a sudden Jonny May scores one of the tries of the year,’ the Leinster winger said, ‘It’s such a fickle game, the way I like to look at it is as a professional sportsman you have an exam every single weekend and it’s not just one person marking this exam – it’s everyone at home marking this exam and they have a voice on social media.’