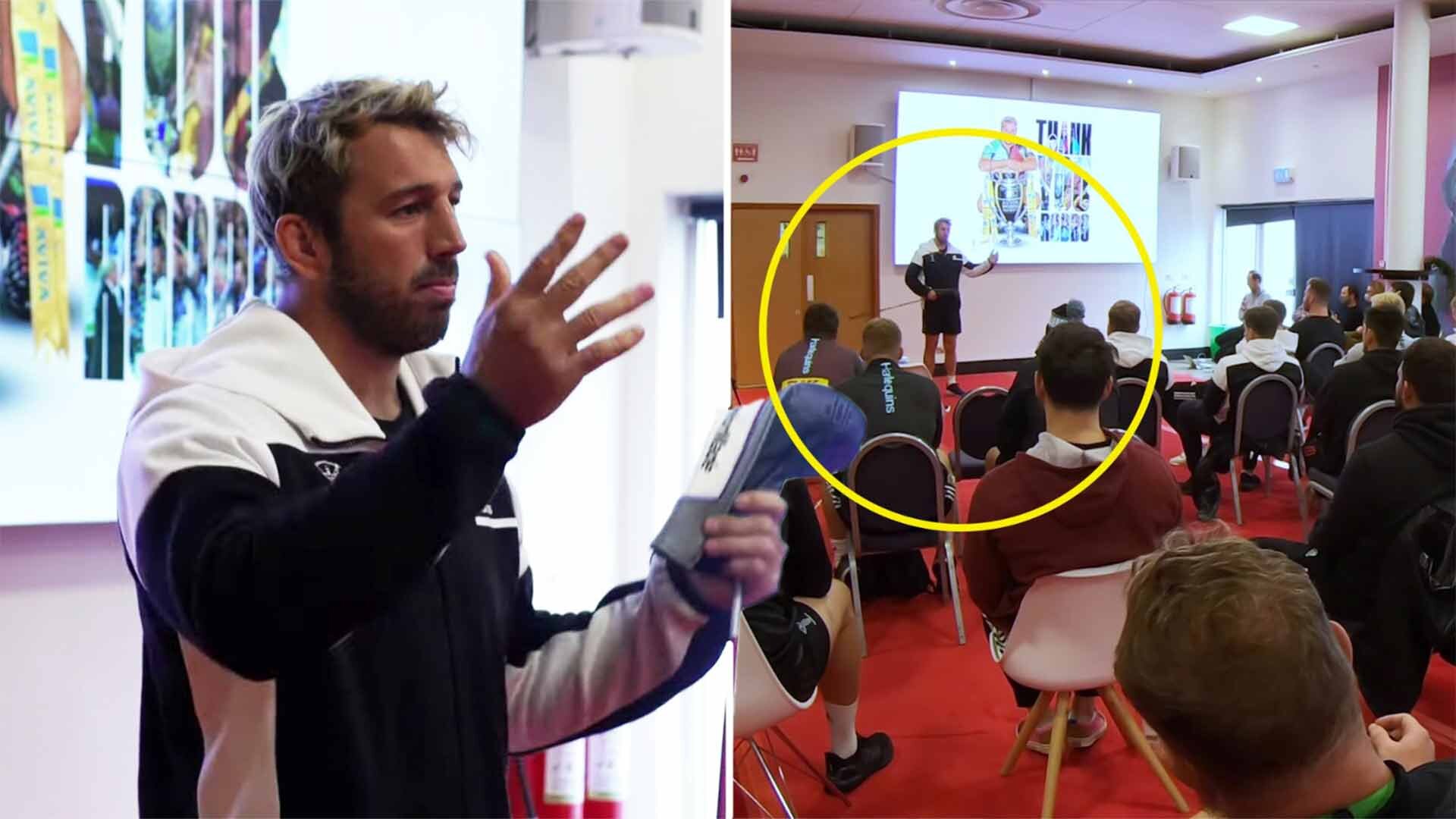 Harlequins captain Chris Robshaw made an emotional final speech to his team before his final match for the London team last weekend.

The stoop-based team released a clip yesterday showing the former England captain speaking to the men thanking them for all his years at the club.

Speaking emotionally and openly Chris Robshaw made an emotional speech to his team.

“I am truly overwhelmed, it’s been a lot of tears over the last month and I’ve tried to take it in and remember it. I’m not going until January so if anything fancies a round of golf before then, I’m about! I want to thank the players and coaches and all for all the help they have given me”

It was recently announced that Robshaw would be playing for the Barbarians, so his rugby is not completely gone.

The show goes on for one more week for @ChrisRobshaw 🙌🤩

During his time at England, he was a monumental character for the men in white, his captaincy was tarnished by the moment when he lost to Wales and Australia in the 2015 World Cup, a wound which he says will never heal.

Despite all of this he will still be considered as one of the greatest England captains who helped to revive the national team after their abysmal showing between 2004-2011.

Here is his emotional final speech to the team.

🙏 “From the bottom of my heart – thank you all so much. I have loved my journey and lived out my dream.”

From January, Chris Robshaw will play his rugby in the MLR in America.