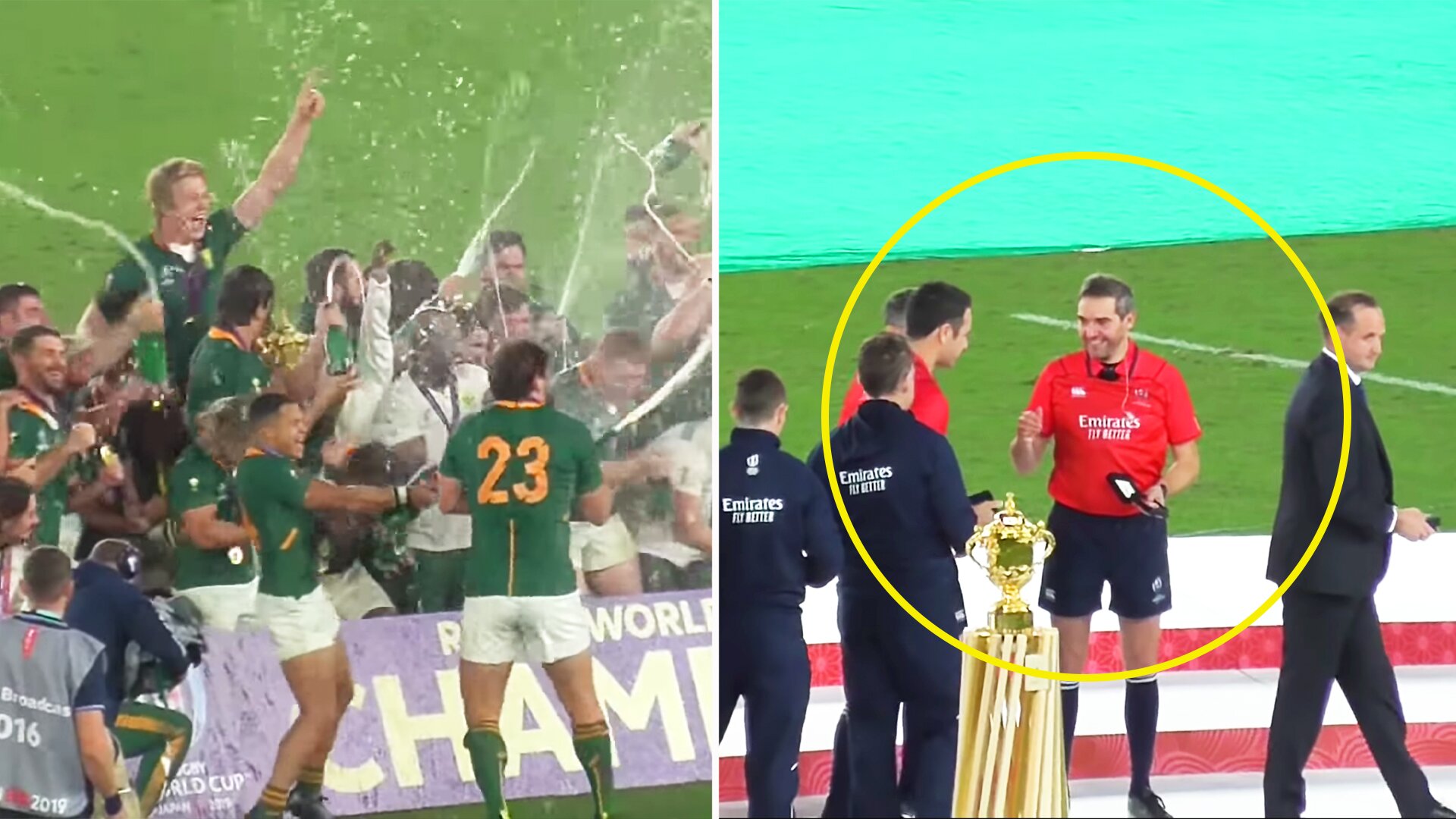 The South Africa Rugby Union is under mounting pressure today after the most recent probe into the Springboks controversial World Cup campaign of 2019.

This is the latest in a series of investigations into the tournament winning side that took the Webb Ellis Cup in Japan 13 months ago.

With a wave of new evidence behind it, this most recent investigation is said to be the most comprehensive – and damning – of the probes launched into the South Africa rugby team’s World Cup Campaign.

Rugby Onslaught’s body language experts have spent hours trawling through videos like this from Japan – with unsettling results.

The @Springboks will have Jerome Garces as ref for the @rugbyworldcup final. @fafdeklerk says the team will try to quickly assess how he wants to ref the game. 3rd game he’ll ref of Bok #RWC2019 campaign. #Springboks @ecr9495 @Hollywoodbets @ECRBreakfast @ecrdrivetime pic.twitter.com/cdxXj0akjI


The latest probe into alleged Springbok cheating at the 2019 World Cup has been set up by ‘The Rugby Onslaught Investigational Unit’ which has been stranded in deep cover in South Africa since March.

Whilst conducting their probe the team unearthed more damning evidence from the tournament in Japan that has since been passed on to governing bodies.

This is the latest piece of evidence that led the crack team to re-open their investigation.

RG Snyman can be seen raising his right arm whilst shouting ‘onthou die ooreenkoms!’ to Garces

This has been covered far and wide in the mass media since Rugby Onslaught’s initial investigation almost nine months ago with South Africa’s players looking to gain favour with the French referee, Jerome Garces, by using psychological exploitation to get into the man’s head.

Our team identified a series of trigger calls that were used by Springbok to tell Garces when to award penalties at crucial moments in the match. These were made up of arm raising signals, trigger words such as names of German Techno artists and sometimes just looks to the referee.

In the most damning moment shown in the video above, we can see as RG Snyman raises his arm to Garces to give the penalty in what is a kickable scoring position for fly-half Handre Pollard.

The French referee can be seen hesistating, leading to the Munster lock to scream, ‘onthou die ooreenkoms!’, which roughly translates to, ‘remember the deal!’.

This isn’t the first investigation that has drawn the Springboks World Cup victory into disrepute. Here are two of the other probes that were launched earlier this year.

This was just one of the numerous game-changing incidents throughout the South Africa campaign that have been passed on to the governing authorities.

The South Africa Rugby Union were sent the findings of this newest investigation in the early hours of this morning with critics already predicting that the Springbok stars may have to hand their winner’s medals over to England as soon as next month in what would be an unprecedented move in the sport.