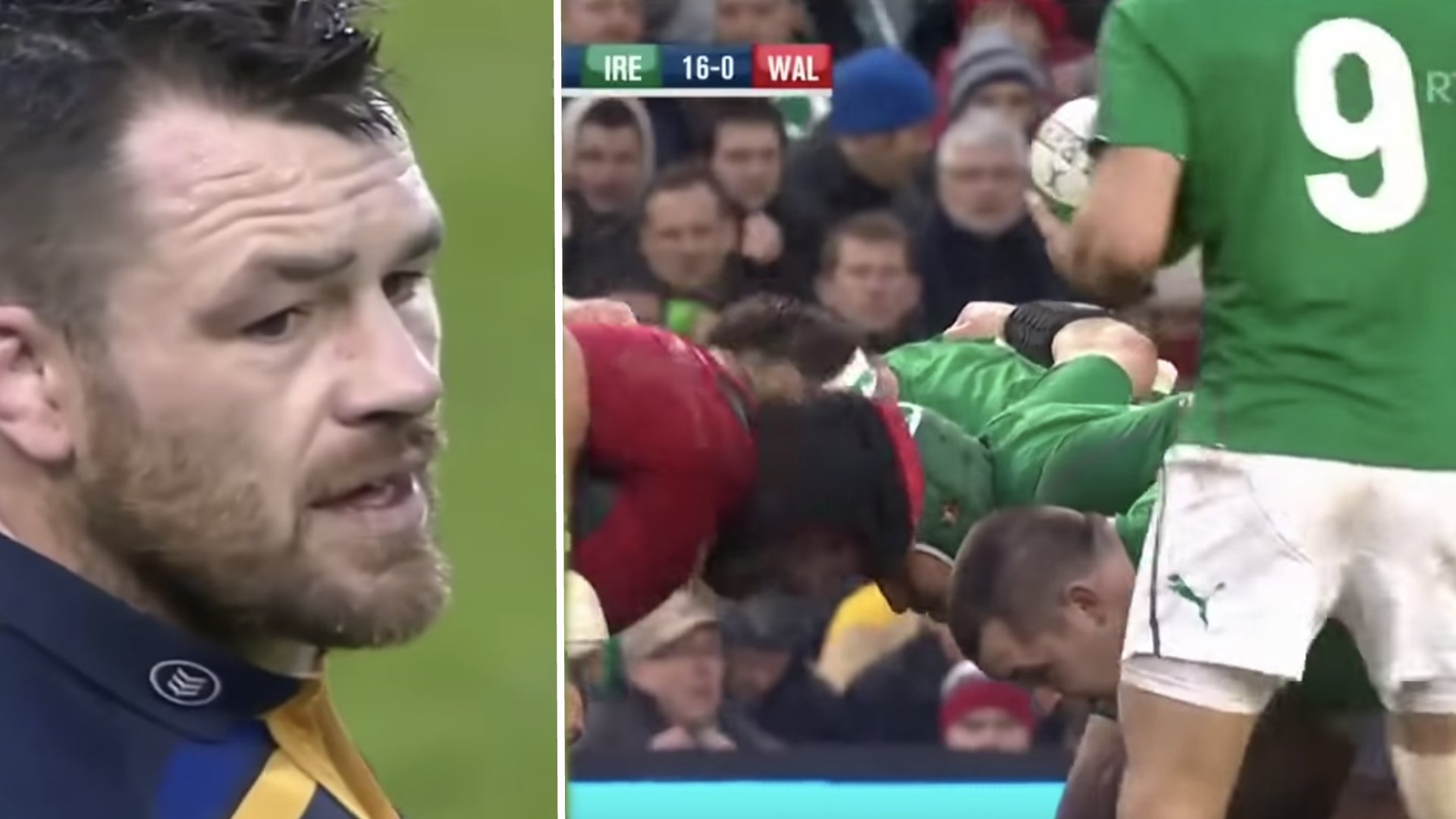 We’re not going to lie, we expected better from Cian Healy.

Andrew Forde recenty dropped a video in his long series titled, “Cian Healy” Rugby’s biggest thugs. In this video, some absolutely horrendous clips are included in this video where Healy hits stamps and hurts other players.

We knew that Cian Healy was a hard man, but we didn’t take him for a thug.

Recently Healy has made headlines for clips of him at the World Cup, elaborately stretching and all around being a whole person to be around.

We didn’t think this was in his locker though.

Healy made his test debut on 15 November, 2009, when Ireland drew 20-20 with Australia at Croke Park. He is also a part-time professional DJ, going by the stage name DJ Church. His partner in DJing is called DJ Gordo.

Ireland are looking for their third victory in the pool phase. They have beaten Scotland and Russia, and lost to Japan.

The front-row of Cian Healy, Rory Best and Tadhg Furlong have been selected together for the 16th time. This is a record for any front-row in matches since RWC 2015 with the Irish trio moving ahead of France’s Jefferson Poirot, Guilhem Guirado and Rabah Slimani. We hope that we don’t see Healy involved in any nasty incidents in this game.

Rory Best plays his 14th RWC match for Ireland. Only Brian O’Driscoll and Paul O’Connell (both 17) have played more in the competition for Ireland.

Ireland have won their last four encounters over Samoa by an average margin of 24 points. The last time they played was at Lansdowne Road in 2013 when they won 40-9.

Healy will be in a team that will make 11 changes from the starting XV, who played Russia in the team’s last match.