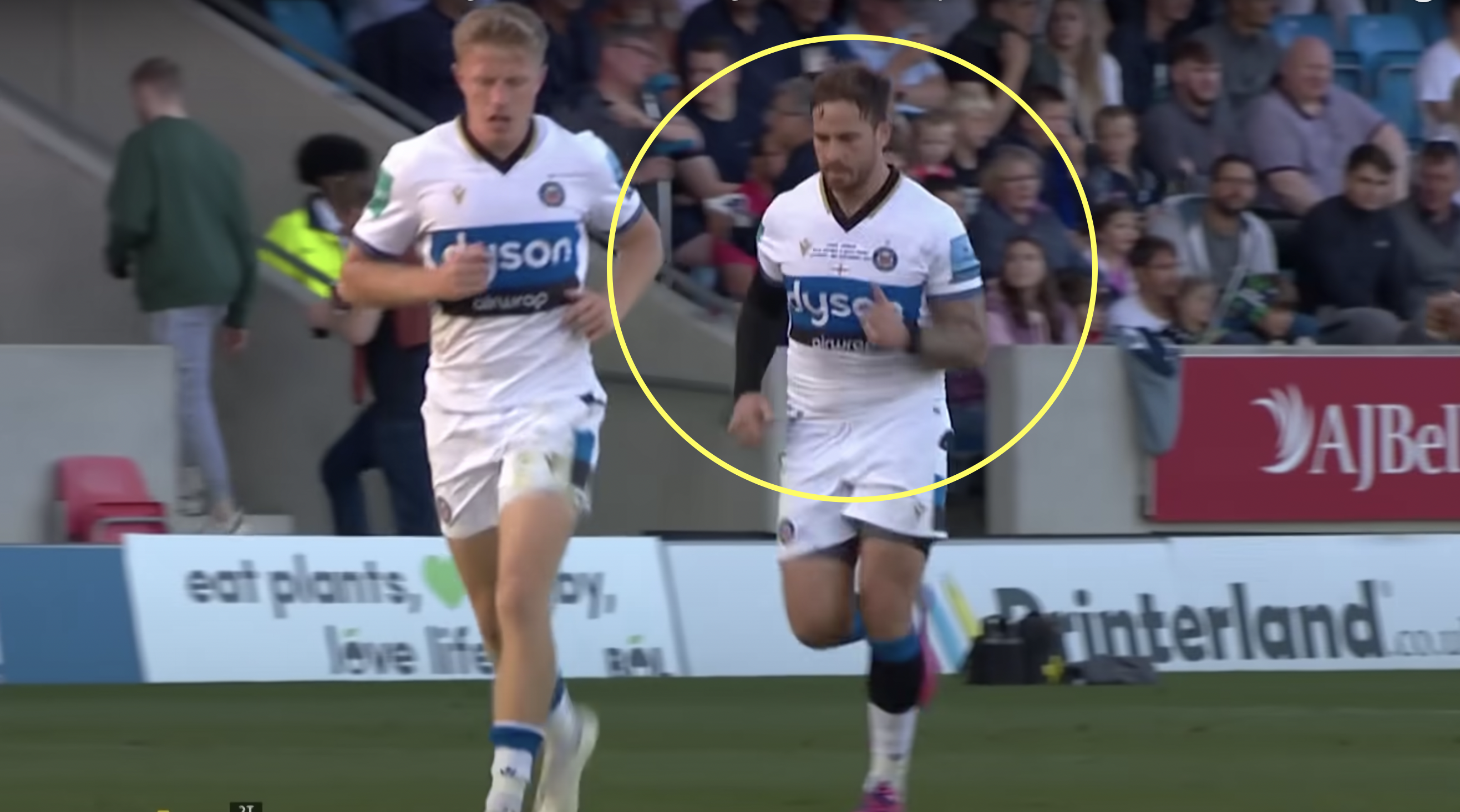 Bath’s Danny Cipriani is famed for the moments of genius he has produced across his illustrious career, be it with his hands or feet, but he showed a new type of intelligence on Saturday against his former club Sale Sharks.

After receiving an almighty clattering from Rohan Janse van Rensburg in the 47th minute, the Bath fly-half played on and attempted a kick a few minutes later. Having missed the kick, he could clearly sense that something was not right, and alerted the referee and his medical team and was taken off for a head injury assessment.

The former England No10 has been widely praised for doing this, and walked off the AJ Bell field to a round of applause. The commentators even said at the time it was “really mature play,” as the 33-year-old was not only thinking about his own future, but setting an example for other rugby players going forward.

For a player whose rugby brain has been operating on another level to most other players’ throughout his career, this is once again a very smart move from Cipriani. He did not return to the field, and was permanently replaced by Orlando Bailey, but in the long run this may have been significant, and may benefit both Bath and himself.

With a centre pairing of van Rensburg and Manu Tuilagi in the second half, Sale were not lacking in monstrous ball carriers and plenty of weight in the midfield, so Cipriani would have been in the firing line, which could have been dangerous if he had played on. Van Rensburg had only been on a matter of seconds when he tackled the Englishman, meaning this was a hit of a player who was fresh, not one who had played 5o minutes of rugby already, which would have made it all the more seismic.