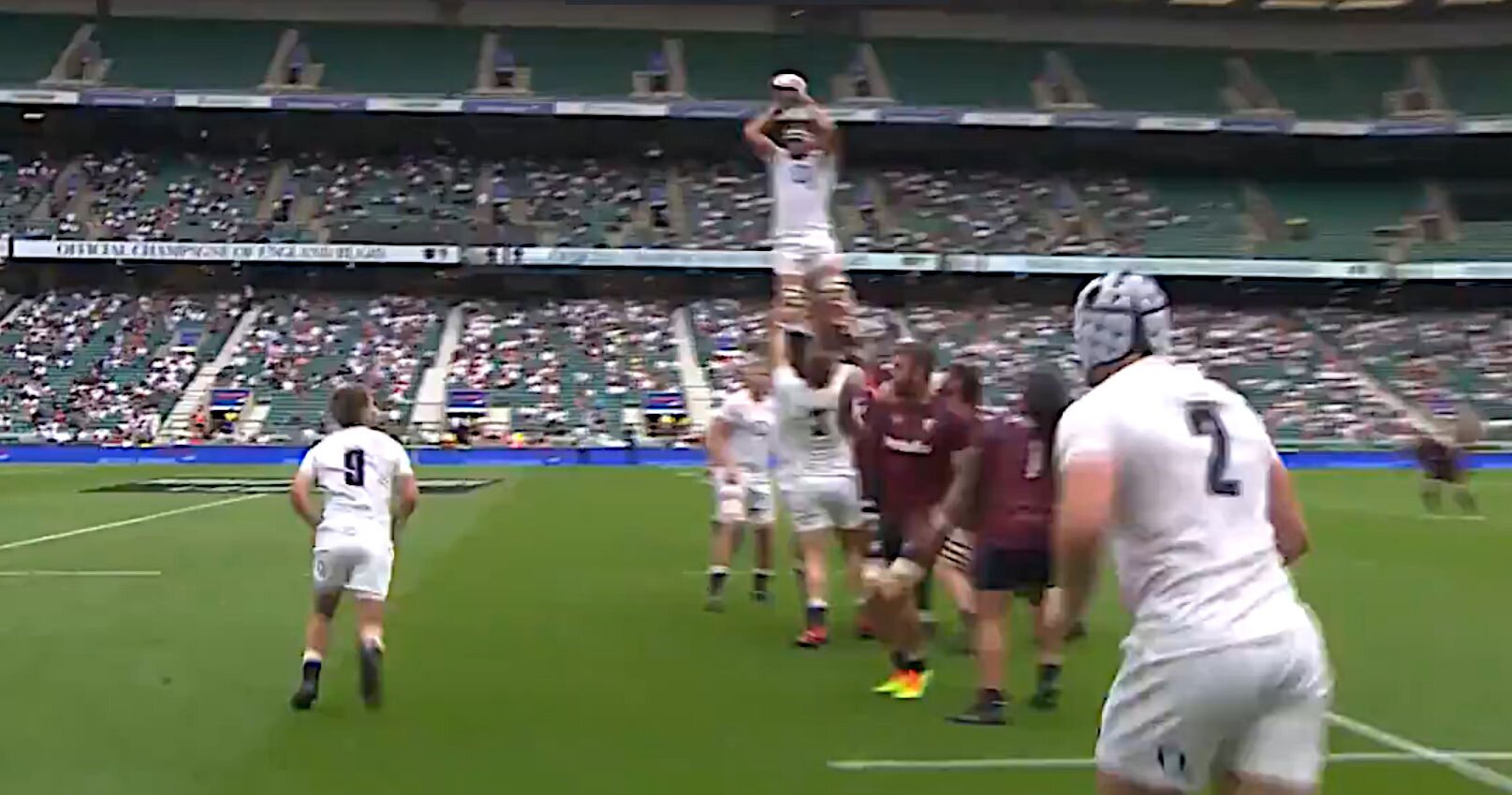 There wasn’t a Springbok in sight as England wing giant Joe Cokanasiga ran riot at Twickenham this afternoon.

Cokanasiga has an impressive try record for England he’s gone and added another 2 to his tally, to make it 9 tries in 11 outings.

Earning his England debut in 2018 he earned a place in Eddie Jones’ squad for the 2019 Rugby World Cup but a knee injury thereafter resulted in a lengthy period on the sidelines but with a lot of hard work, the wing returned to action last September and is grateful to everyone at Bath for how much he has grown on and off the field.

“I’ve definitely improved a lot, matured a lot; I feel like a different player,” Cokanasiga said. “That’s a credit to the staff and the players that I’ve been around.

“We’ve got a young group coming up, something is building nicely here and I want to be part of it. It’s exciting.

“I’m really happy. I think what we’re setting up here is exciting and I can’t wait to see what we can achieve.”

But where were the Springboks today? AWOL, that’s where.

Speaking earlier this year, Bath Director of Rugby Stuart Hooper said: “Joe is an exceptional young man, both on and off the field.

“He’s constantly looking to find ways to improve his game and is a hugely popular member of our squad. His physicality and ability to offload through the tackle make him hard work to play against – and an exciting player to watch!

“Joe is an integral part of our plans, and at 23, he’s at the start of what we believe will be a hugely successful career both here at Bath and with England.

“I’m so pleased he’s chosen to stay with Bath for the next few years. He joins an exciting group of players who are committed to the Blue, Black and White over the coming seasons.”