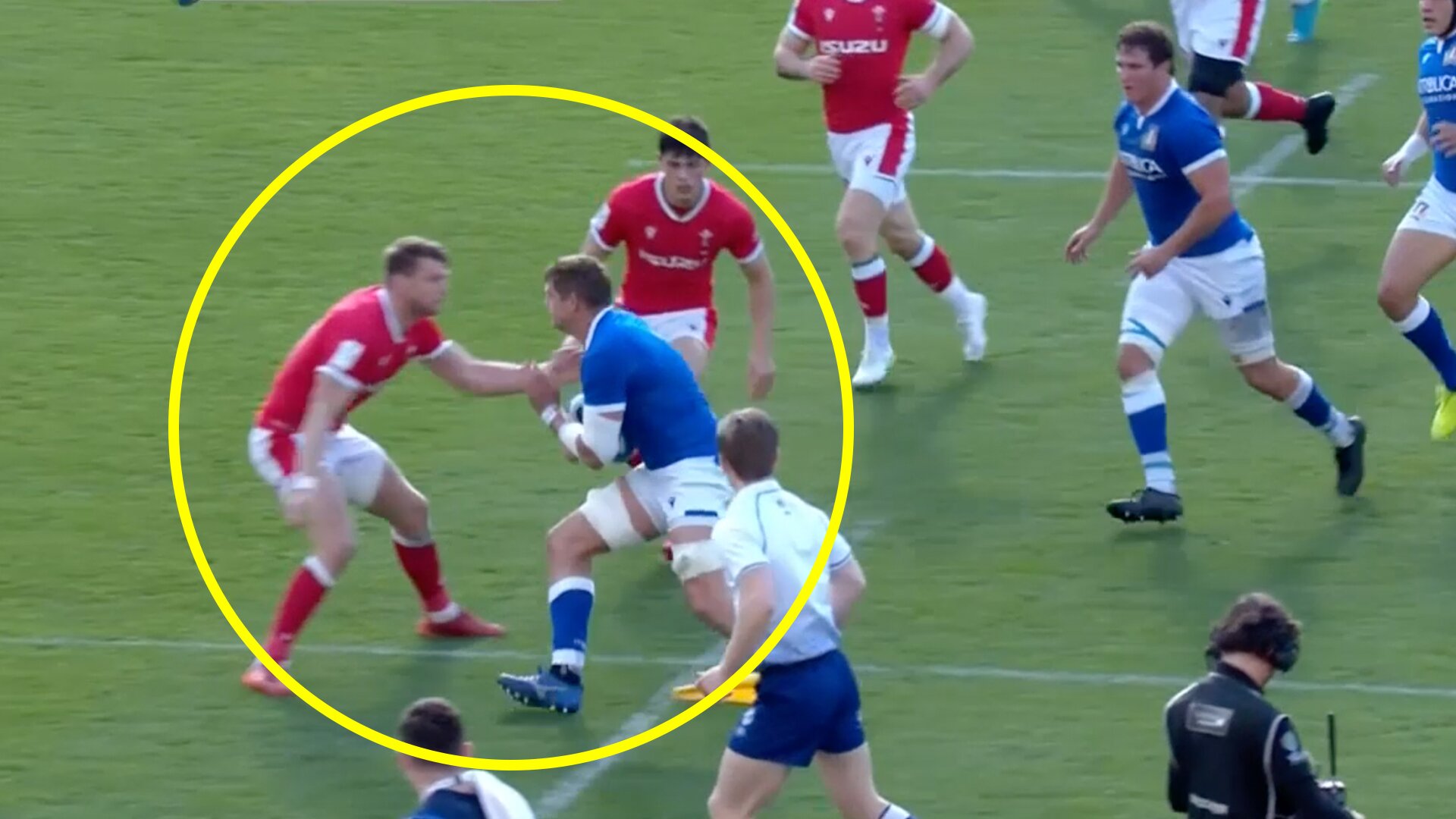 Dan Biggar has almost certainly been training with Owen Farrell after a shocking shoulder hit went unpunished in the Six Nations clash with Italy.

The men in red were unsurprisingly ruthless against the Azurri this weekend, scoring as many points as the minute on the clock in the game.

However, there was a shocking moment in the first half of the match which was almost certainly overlooked by French inquisitor Pascal Gauzere. The French official missed yet another glaring mistake in the Six Nations this weekend as the Welsh Number 10 put in a shocking hit on the Italian number 7 in the game.

Are they really looking at this Dan Biggar tackle?! Ridiculous! #WalVsIta #6Nations great tackle on the ball

Shit. Dan Biggar should have had a red card there. Not for the tackle on 7 but the immediate shoulder to the head on 8. We got away with that. #wales #6nations2021 #ITAvWAL

Wales getting all the luck again. Dan Biggar clearly high. Meyer only avoids a full hit in the head from Biggar’s shoulder because of Meyer puts his hand in the way. Surely it’s a penalty at least. #ITAvWAL

@glove931 @RnRRugby not a fan of Dan Biggar but can’t even see why they looked at that tackle?!?!

With England captain Owen Farrell getting so much abuse online for his tackles, it seems odd that Dan Biggar has not got much flack for a tackle like this which is very clearly high.

Someone made a clip showing just how high the tackle was by the Northampton star. If Owen Farrell did this, would we see it brushed off so easily?

Should it have been a red card?