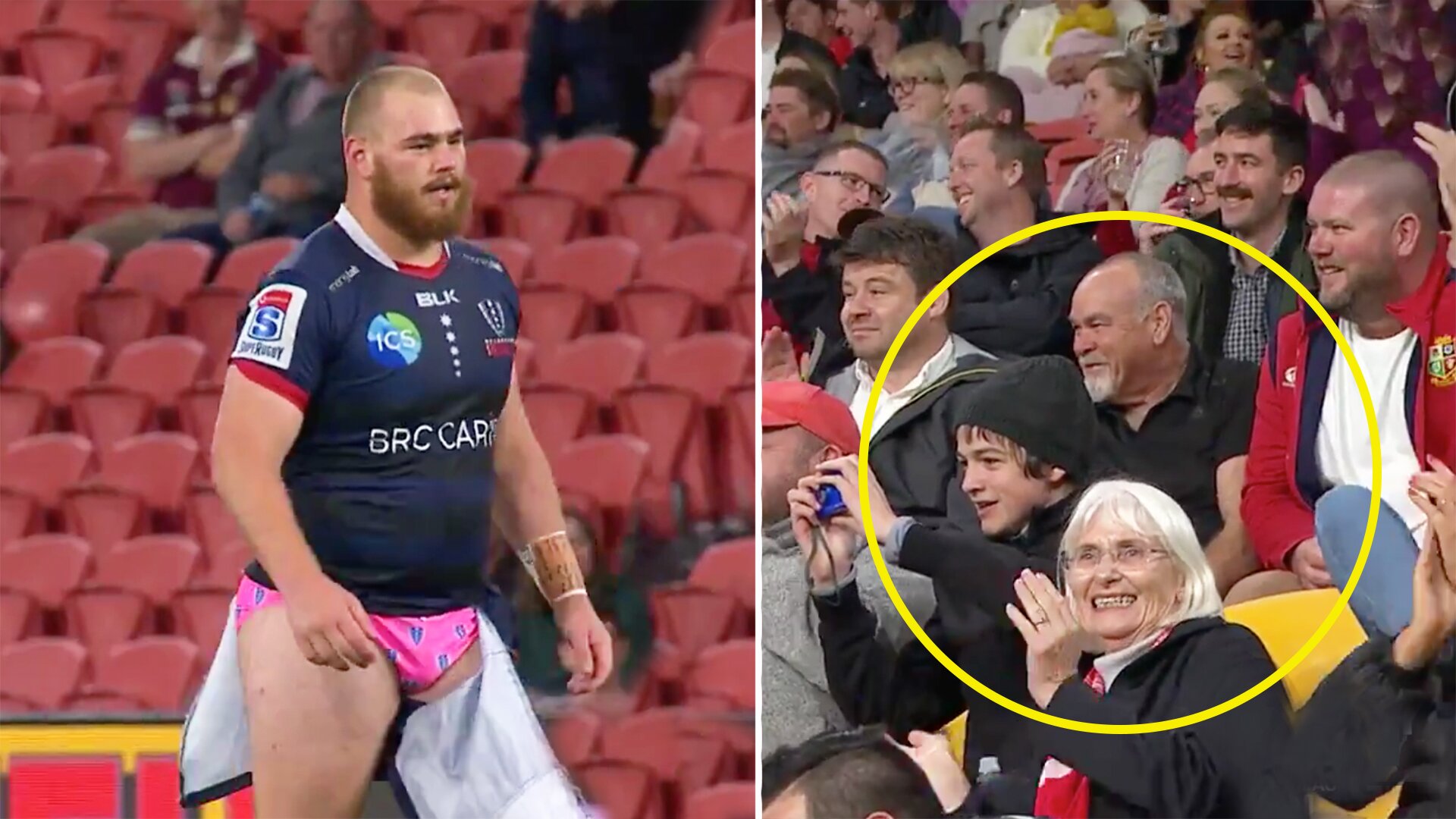 Crowd erupts after prop plays on through wardrobe malfunction

It’s not always an easy life being a prop.

You put your body through the wringer with very little time to shine in the limelight. So it’s always refreshing to see a front-rower get the adoration of a crowd for something other than a scrum win against the head.

This new clips comes from yesterday’s Super Rugby AU comp as the Reds took on the Melbourne Rebels in Australia.

We see as the Rebels have a try scoring opportunity snuffed out on the opposition try line.

watch the moment that got the crowd roaring yesterday

As the players roll away one by one we see one player emerging showing a little more skin than everyone else. Reserve front row prop, Cabous Eloff, is the man who rises with his shorts ripped clean in half to reveal a pair of bright pink pants.

We hear as the commentator exclaims, ‘Are they budgy smugglers?!’.

The crowd erupts as fans can’t believe what they’re seeing. This certainly wasn’t one to miss. The game had another powerful moment as Jordan Petaia scored on his return the side after the recent loss of his father.

see Petaia score for the Reds below

TRY‼️ What a touching moment for Jordan Petaia. And just look at how much it means to the team!

Worcester Warriors Melani Nanai has apologised to Gloucester winger Jonny May on Twitter for the red card tackle that saw the England wing removed from the field of play for a HIA.

Just wanted to say sorry to @J0nnyMay, my team mates, the staff @WorcsWarriors and all our fans for yesterday. It wasn’t my intention to tackle that way & sending my best to Jonny and the Gloucester team for the rest of the season 💛💙

May’s first appearance in a Gloucester shirt since 2017 lasted less than 20 minutes at Sixways on Saturday as the newly signed winger was forced off the field injured following his involvement in the red-carded tackle.

The 30-year-old England international generated many headlines in April when he decided to rejoin Gloucester following three unfulfilled seasons at Leicester Tigers.