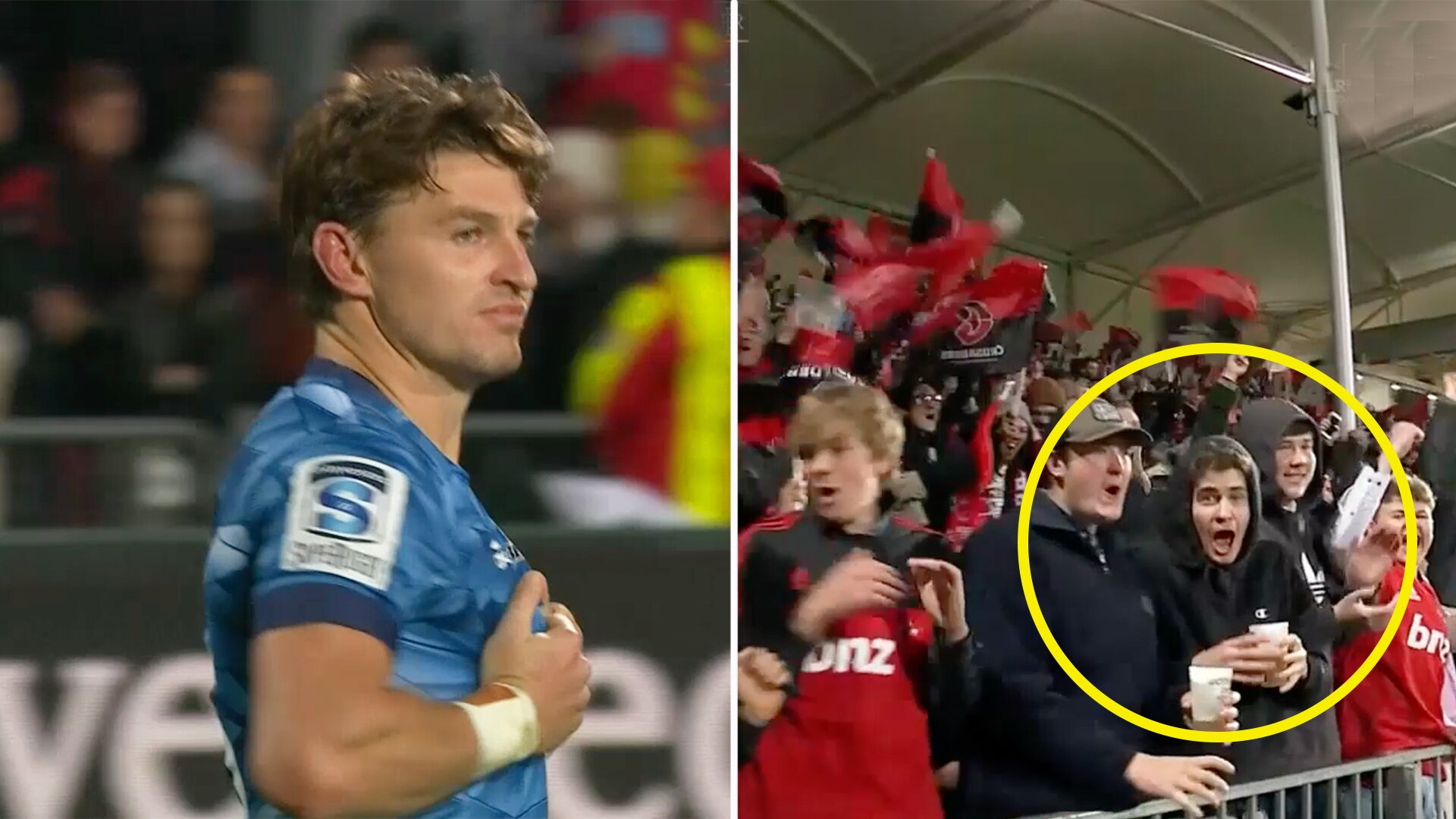 The Crusaders have lived up to the hype with a stunning victory over the Auckland Blues in Super Rugby Aotearoa.

This was the decisive showdown in the NZ based competition with the Blues and Crusaders fighting it out to see who was truly top dog.

The contest certainly lived up the hype.

The visitors started the strongest with an early try from winger Mark Telea to get the Blues underway.

This was a tightly fought, tense encounter with only a few points separating the sides throughout.

The Crusaders were narrow favourites going into this encounter and fought back through the reliable boot of Richie Mo’unga to bring it back within a point.

The visitors extended their lead with a brilliant finish from All Black winger Rieko Ioane under the sticks.

The line from Rieko Ioane 👌

The conversion of this try was bizarrely charged down meaning the Blues lead was held to just six points with the scores at 9-15.

The Crusaders fought back with a vengeance from their on – spearheaded by the impressive Mo’unga who set up this try for Mitchell Drummond.

The home side pressed on with their advantage buoyed by an electric home crowd. Mo’unga added another penalty to extend his side’s lead to 19-15.

The Crusaders breakthrough star Will Jordan killed off the contest with this match sealing score in the closing stages to cap off an emphatic win for the Crusaders.

The Crusaders held on to clinch an emphatic victory that solidifies their status as the greatest side in New Zealand.

This truly was Super Rugby at it’s brilliant best.