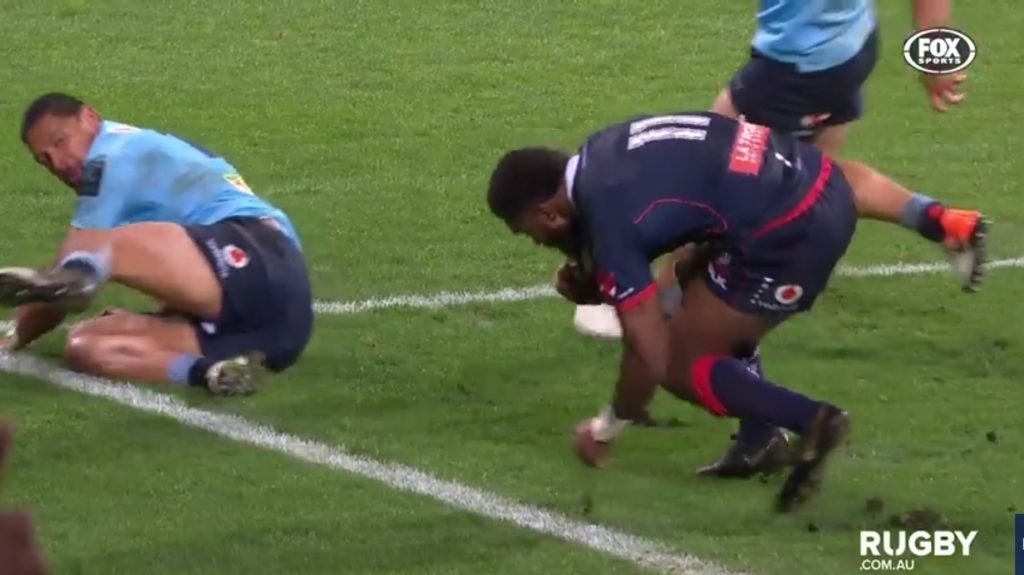 Curtis Rona gets away with ‘Owen Farrell’ hit on Koribete

How does Curtis Rona get away with this?

He literally tucks his arm in. The very definition of a shoulder charge.

With only three rounds remaining before the Vodacom Super Rugby playoff rounds commence, the four South African teams are all locked in vital matches this weekend which could have an important influence on their further progress in the competition.

The Vodacom Bulls, who are missing the influential Springbok duo of Handre Pollard and Duane Vermeulen, start the weekend’s action on Friday morning against the Blues in Auckland.

On Saturday, the action moves to Durban where the Cell C Sharks host the Hurricanes. That encounter is followed by another big local derby in Johannesburg, between the Emirates Lions and DHL Stormers.

The Jaguares, current leaders in the South African Conference, will conclude their tour Down Under with a visit to Brisbane where they will take on the Reds.

Springbok lock Jason Jenkins will play in his 50th Vodacom Super Rugby match in Auckland on Friday when the Vodacom Bulls take on the Blues in their third Australasian tour match. The Round 16 encounter at Eden Park kicks off at 09h35 (SA time).

Vodacom Bulls coach Pote Human has made two changes and a positional switch to the team that played against the Brumbies last weekend. Springbok scrumhalf Ivan van Zyl is back in the No 9 jersey, replacing Andre Warner who moves to the bench.

Paul Schoeman moves from the side of the scrum to No 8, where he fills the gap left by the departure of Duane Vermeulen, who has returned home because of injury and national team resting protocols. As a result, Marco van Staden moves up from the bench into the starting fifteen at openside flank.

With Springboks Handre Pollard and Vermeulen not available, experienced midfielder Burger Odendaal has been entrusted with the captaincy.

The Blues beat the Chiefs in their last home fixture, which was their fifth victory in their last six home games, while the Vodacom Bulls will have to improve their away record if they want to return home with a winning tally. They are currently third on the SA conference table with 32 points from 13 games, including seven wins, and four points adrift of the Jaguares who are leading the local standings.

Looking at their history in Auckland, it’s a tough ask for the Vodacom Bulls – their only victory in New Zealand over the Blues was by 28-21 in 2013, which is also the last time they won a match in the Land of the Long White Cloud.