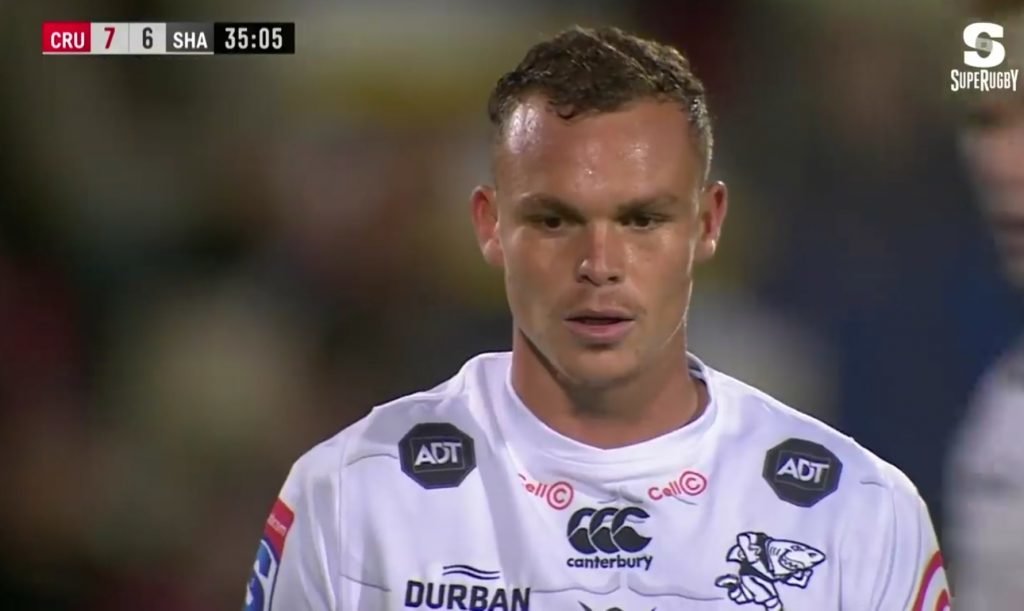 Curwin Bosch wins over many Springboks fans with immense performance

Sharks fly-half Curwin Bosch has won over many fans after his display in his side’s historic 21-21 draw against the Crusaders in Christchurch on Friday.

The defending champions have not lost at home in Super Rugby in 25 matches, but had to score in the last play of the game to salvage a draw against an inspired Sharks team spearheaded by the 21-year-old Curwin Bosch.

Bosch has spent most of the season on the bench behind Robert du Preez, but grabbed his opportunity with both hands, kicking all his side’s points and controlling the game superbly.

It was a game where the South African outfit had to put in a Herculean defensive effort, but fortunately Bosch’s stunning kicking display, where he converted seven out of nine penalty attempts, kept the rampant Crusaders at bay all game.

Not only have many said that Bosch has won the battle with du Preez for the 10 shirt with the Sharks for the rest of the season, but many feel that he has earned a place in the Springboks’ World Cup squad, and even a starting berth with the national side. Playing the Crusaders is the closest thing there is to playing test match level currently, and the two-cap Springbok Bosch passed with flying colours.

Curwin Bosch's kicking has to take him to RWC surely? #ssrugby

Curwin Bosch is my Bok number 10

Curwin Bosch must go to Japan!! Ever since he got back in the lineup..he has been nothing short of brilliant!

Curwin Bosch is going to the world cup. Don’t @ me. https://t.co/mUXXP0VewM

There was a time last year that I doubted Curwin Bosch’s future with the Boks. That’s all changed now though, the kid has been impressive this season

Curwin Bosch showing what he's got

There is no reason for Robert du Preez to ever try and force feed us his son again. Curwin Bosch is the Sharks No.10 period.

That win keeps the Sharks at the top of the South African Conference in Super Rugby with only a few weeks remaining. The Sharks could well be in the reckoning for the playoffs at the end of the season, and Bosch could be a revelation for the side at fly-half.
Furthermore, while Bosch will have to battle with the likes of Handre Pollard and Elton Jantjies to impress Springboks coach Rassie Erasmus, he can only do his talking on the field, which he has. The fact that he finished the game as a fullback only adds another string to his bow.

In a game that many expected the Sharks to lose, Bosch has proven to be the hero of the day, and amassed many fans in the process.