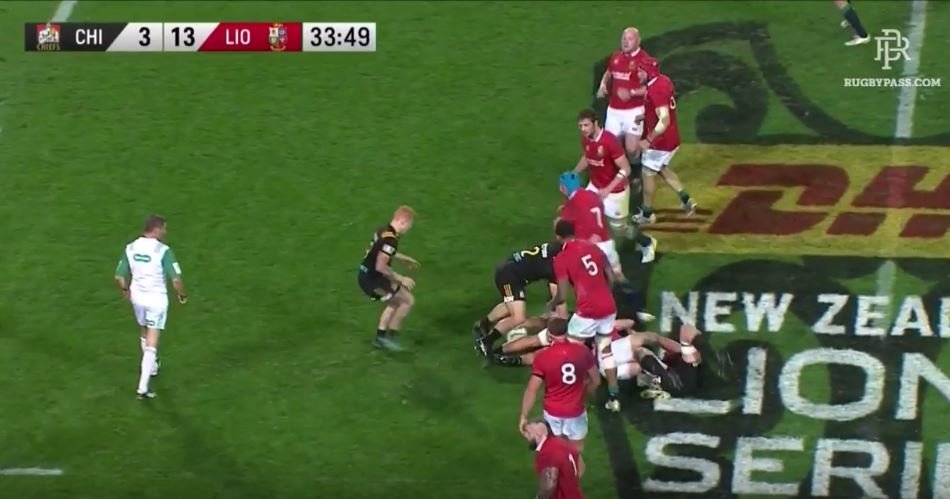 Dan Biggar has been on something of thankless taste this tour. A clear third choice pick of the three flyhalves and a ropey first game did not help to quieten his critics.

However he proved many wrong against the Chiefs, with a solid performance throughout, including this nice defensive hit on World Cup winning All Black Stephen Donald.