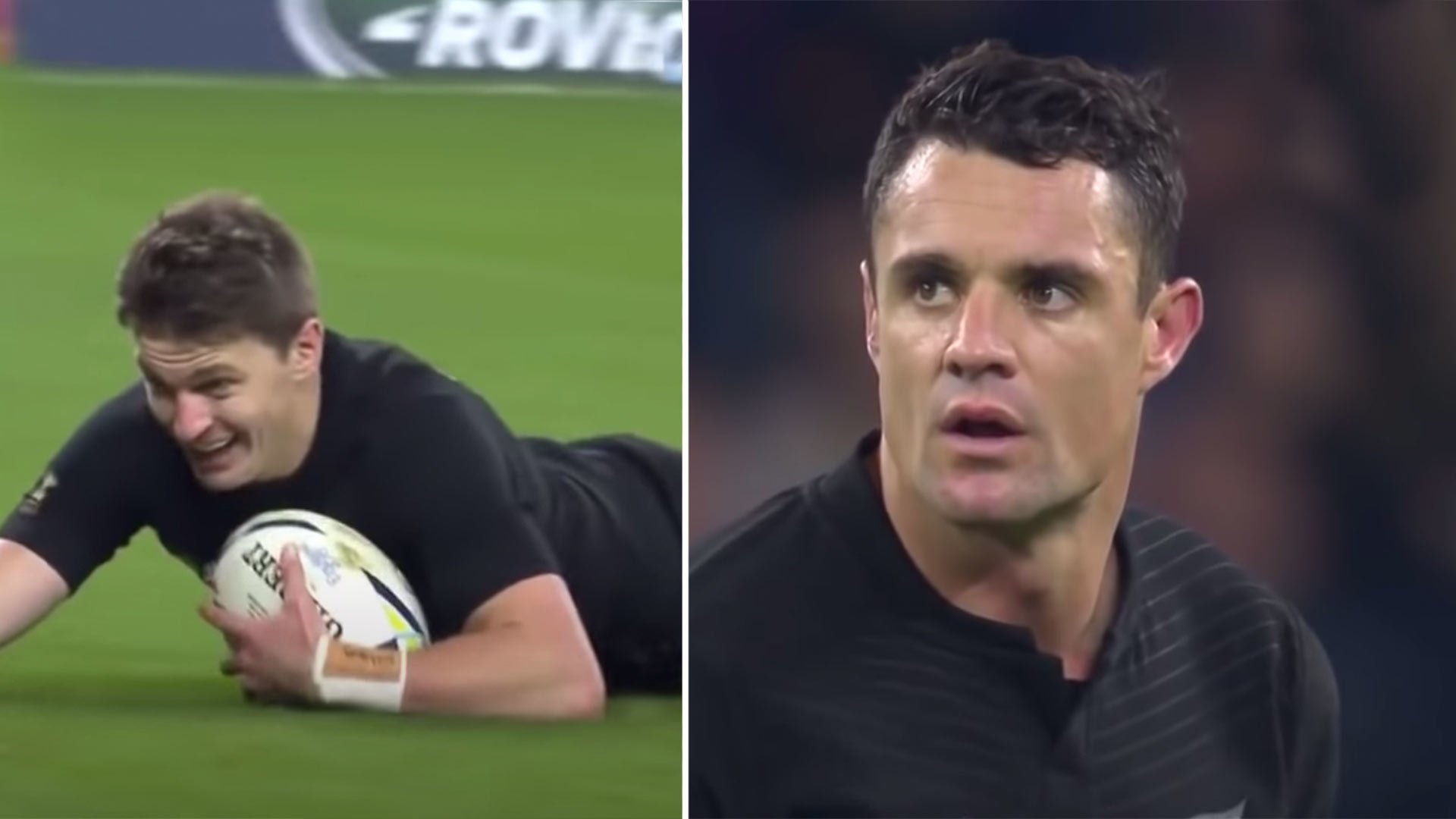 The last time Carter and Barrett played together was in the World Cup final 5 years ago in 2015!

Carter was just finishing his International career then while Barrett was just entering the game.

Carter played at 10 in this match, while Barrett was sat at the back playing as a full back when he came on.

Carter was at his very best here, scoring from left right and centre for the All Blacks.

This drop goal score in the 69th minute pretty much sealed the game for the team.

Similarly, Barrett was at his electric best for the All Blacks then as well.

In the final play of the match, he outran all the Australian players to score the iconic final try of the tournament, a score which would seal All Black glory!

No wonder rugby fans are so hyped to Dan Carter and Beauden Barrett reunited when they were doing things like this when they were together on the pitch!

While a leaked WhatsApp message already spilt the beans that All Blacks legend Dan Carter would be joining up with the Blues for Super Rugby Aotearoa, the club have now officially confirmed that they’ll have the 38-year-old playmaker on their books for the remainder of the year.

Carter was present at Blues training in Auckland today and while the sight may have been painful for any Crusaders fans, given that Carter clocked up 141 caps and three titles for the Canterbury-based side over a thirteen-year career, Blues fans will be amazed at their sudden depth in the 10-jersey.

Beauden Barrett was the big-name signing made by the Auckland team for the 2020 season but even he has yet to suit up for the Blues this year due to an early-season sabbatical.