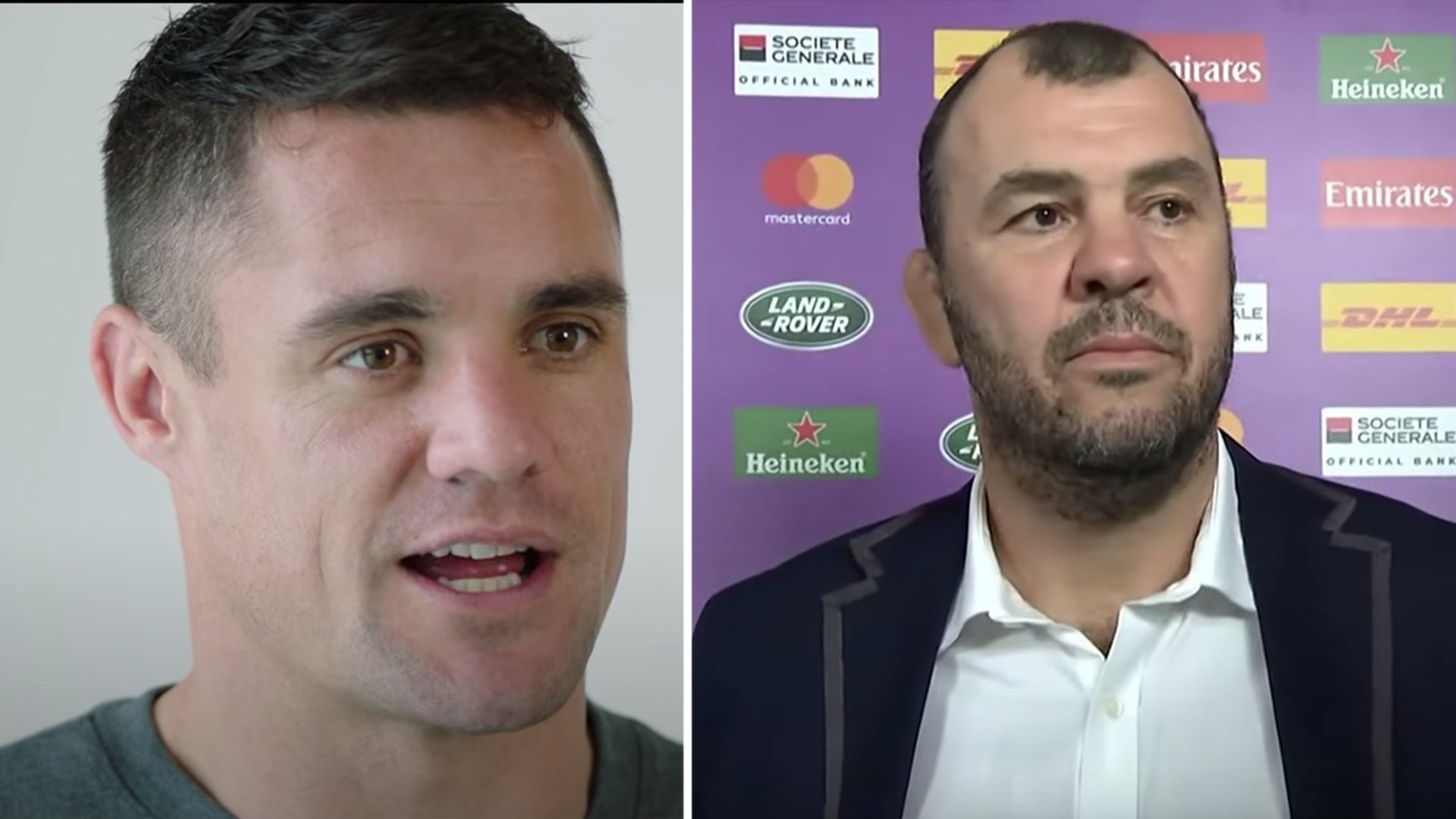 Dan Carter was filmed this week hilariously roasting Michael Cheika about his Australian win record right in front of him on a sports podcast.

The pair both appeared on sports podcast, The Athlete’s Voice, a sports podcast where famous and influential figures in sport speak and discuss sport.

New Zealand rugby legend Dan Carter joined Michael Cheika and others to talk about what life is like for Sportsman during these strange times.

It didn’t take long for Dan Carter to make some hilarious banter to Michael Cheika about the fact that Australia have not been able to win a Bledisloe Cup in over 15 years.

Australia have failed to win the famous cup off of the All Black for over two decades now and Carter couldn’t help but make the joke to the former Wallabies coach.

Cheika’s reaction to it is golden!

Dan Carter’s roast on Michael Cheika seemed to be taken in good spirit though who seemed to find the funny side of the savage roast.

Cheika made a name for himself as a fiery character last year with this rant at his team when they were down to Argentina.

The full podcast itself was actually very funny, with Carter and Cheika both on brilliant form in terms of sharing good-natured banter.

Dan spoke about how he had never done so much gardening in his life, whilst Cheika reflected on the World Cup and what could have been for him and his Wallabies team.

We are sure Australia could be missing him a lot in a few months to come.

Cheika took Australia to the World Cup final in 2015, however he could not emulate that in 2019, being knocked out by England in the quarter-finals this time around.

We managed to dig up the full podcast from the Athlete’s Voice we would certainly recommend it, if only to see more banter between Dan Carter and Michael Cheika!