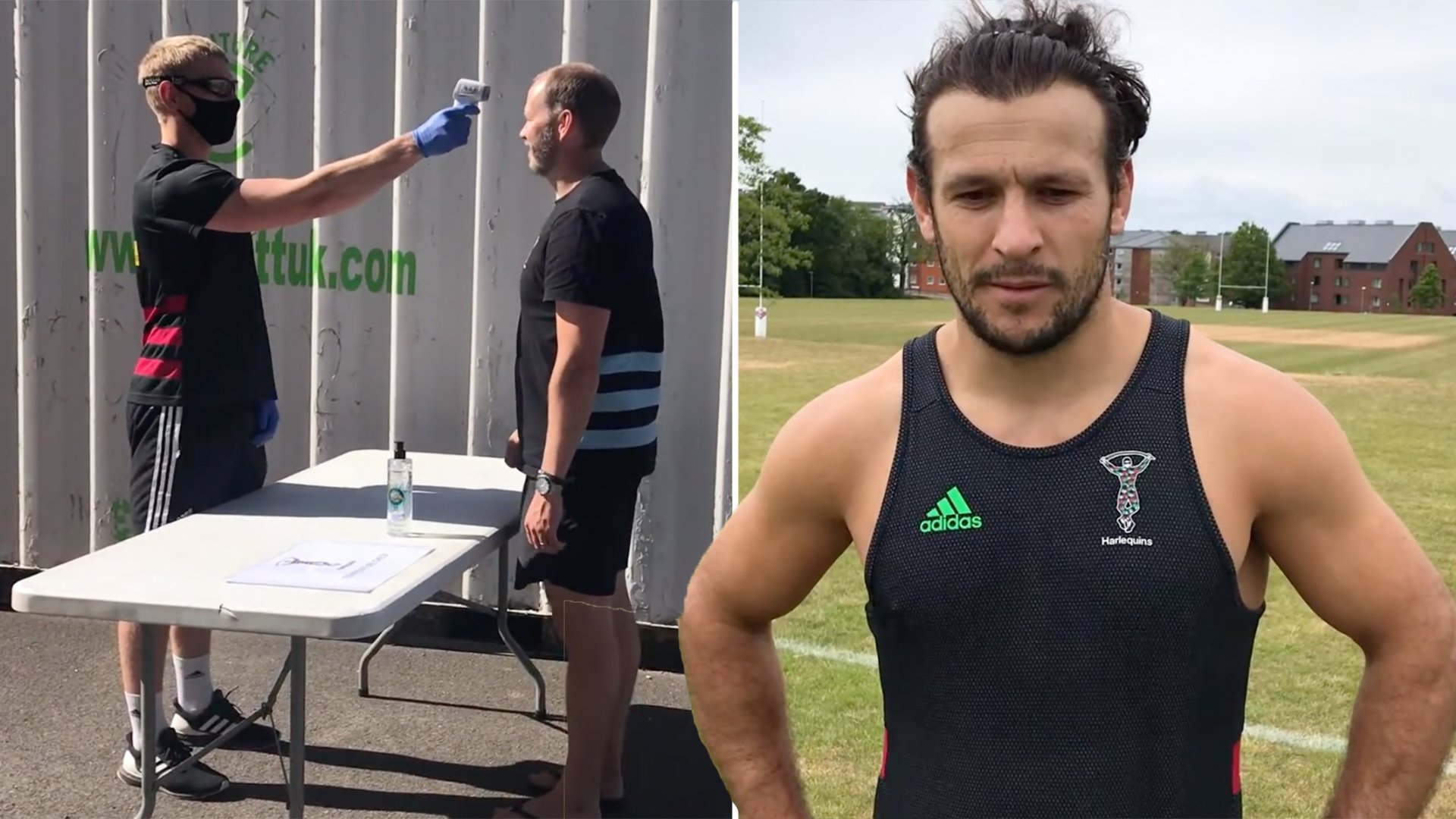 England and Harlequins scrum-half Danny Care has frankly revealed just how strange rugby is for players in England and the UK as he returned to training for the London team.

The 33-year-old spoke to the Harlequins media team on his first day back at training for the team who play at the stoop in London.

Players are not allowed to get any closer than 2m from each other and they have to take a temperature check on entering the training facility!

Danny Care spoke frankly about how much things had changed for him and his team when this happened.

Speaking to the social media team he said…

“Everyone’s socially distanced, you have your own weight racks. The young lads have to put on their own weights now, so these young players who are used to having interns putting their weights on themselves which puts a lot more responsibility on them.”

In a frank interview, Care seemed to be struggling to adjust fully to the new environment that he was adapting to with the new club rules as preparation changed dramatically!

He also spoke about how the players couldn’t send off the old players who were retiring properly due to the restrictions that were currently in place around the country.

James Johnston, Harlequins’ 2012 Premiership title-winning tighthead prop, has decided to continue his career in France, clinching a deal for the 2020/21 season with Richard Hill’s Rouen in the Pro D2. The 34-year-old former Samoan international was released last month by Brive after three seasons.

He initially moved to France from England in 2017 after eight seasons in the Premiership, four of them at Harlequins before follow-up stints at Saracens and Worcester. Best of luck big man!