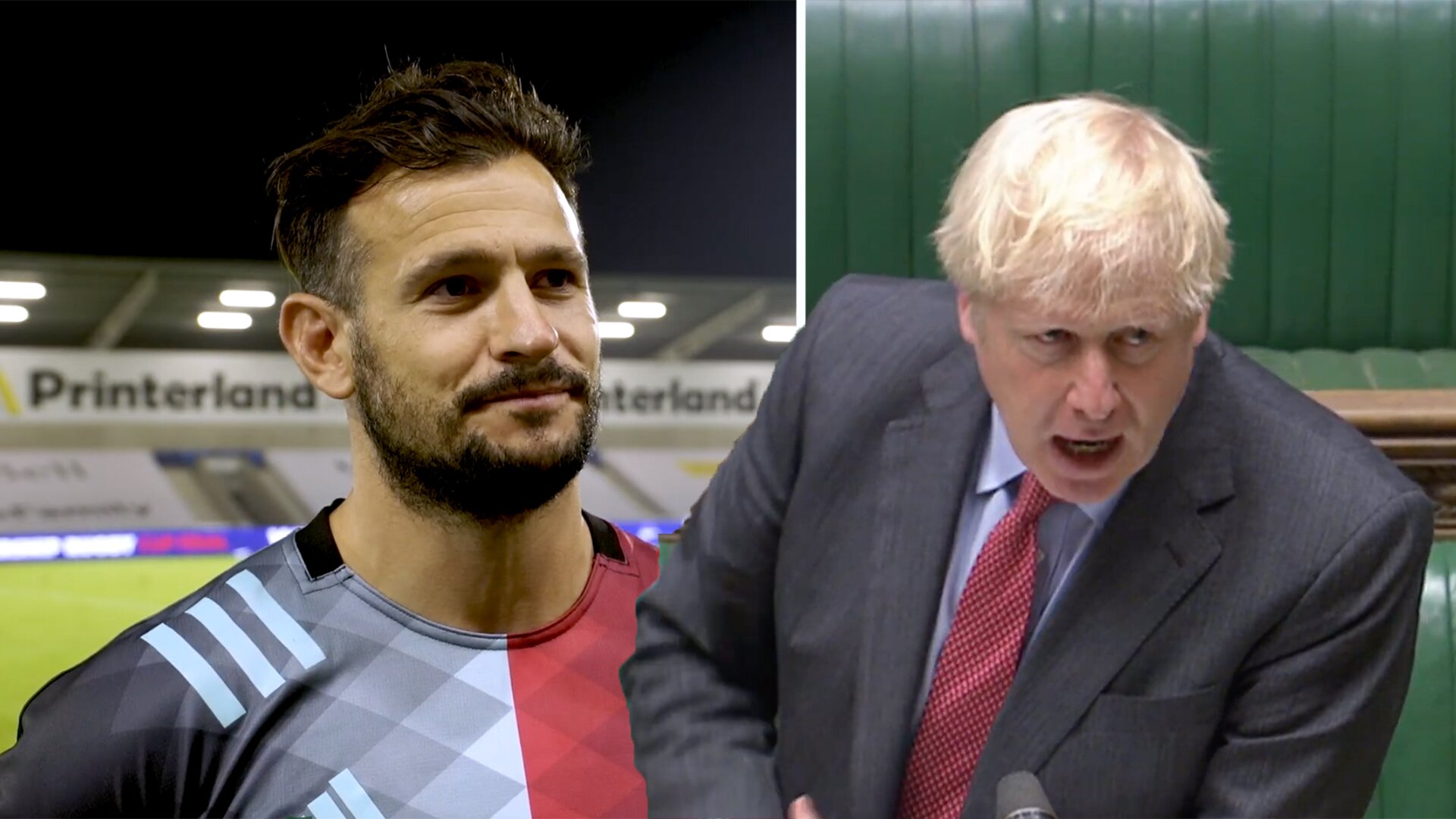 England and Harlequins scrum-half Danny Care has spoken out in a very blunt but honest way about the governments plan to not allow crowds back into stadiums by October.

RFU plans to allow upwards of 20,000 fans attend the England versus Barbarians game on October 25 appear to have been dashed along with Premiership Rugby’s hopes that fans would be allowed go to the previous day’s Gallagher Premiership final.

The UK’s Covid-19 alert level has moved to 4, which means transmission is “high or rising exponentially”.

In an address to the Commons later on Tuesday, the Prime Minister announced new restrictions, including the halting of the phased return of fans.

PM Boris Johnson confirms the planned return of spectators to sports venues will now not go ahead from 1 October.

He also says that the ‘rule of six’ applies to all indoor sports.

Ministers are “working urgently” to work out how to help sports clubs https://t.co/nEndyrDym5 pic.twitter.com/CaiM9eeRN0

Many rugby players have voiced their unhappiness at this, as they have had to play in indoor environments with no fans. Teams such as Leicester and Exeter normally feed off the sound of a large crowd, so this has been tough for players.

Danny Care was one of the first to voice his displeasure at the news from the government.

Care left a short, blunt tweet that sums up how a lot of the players at the moment feel.

The scrum-half was not the only Harlequins player voicing his unhappiness.

Teammate Mike Brown commented saying that he thought the club was well prepared for the return of crowds.

The Prime Minister also said current restrictions are likely to remain in place for the next six months.

The pilot programme, which was to trial events of up to 1,000 spectators, has also been paused.