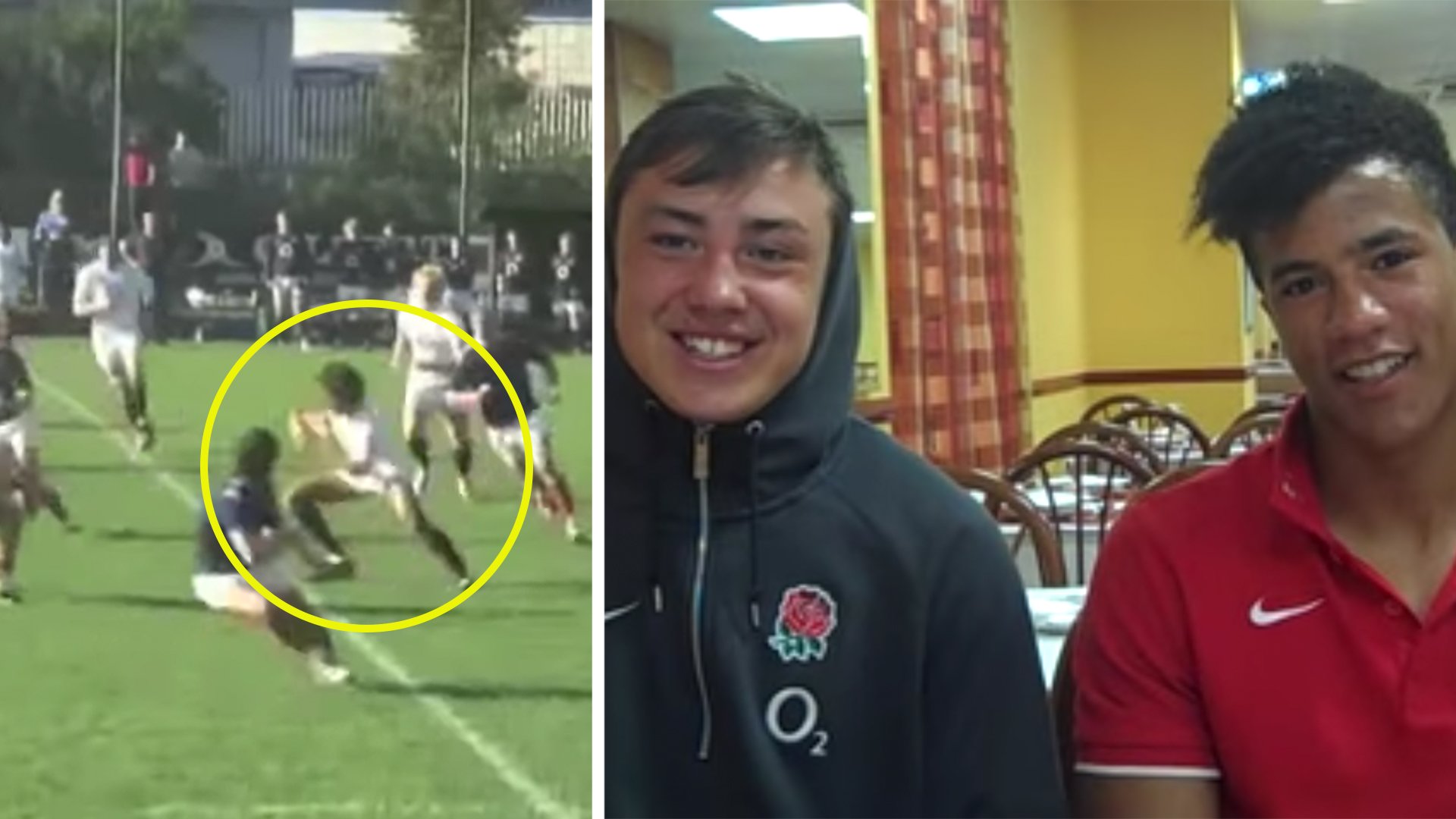 These have to be some of the best highlight reels we’ve come across.

Jack Nowell and Anthony Watson are household names in international rugby but they were already making waves in the rugby world as teenagers.

Both of these England wingers have proven their ability at the very highest level with both earning British and Irish Lions spots as well as excelling for their nation in recent years.

We’ve unearthed footage from almost a decade ago that shows these two teenage wonder-kids strutting their stuff at age-group level in England.

It’s clear to see, these two were a cut above the rest.

Jack Nowell played his junior rugby at Truro College and we can see from this highlight reel that he was a prolific try-scorer as-well-as a gifted kicker.

Today Jack Nowell is an Exeter Chiefs legend, with the 27-year-old winger spearheading the Devon club’s rise to the top of the Premiership rugby table.

An ankle injury kept him out of contention for England’s recent 2020 Six Nations campaign.

This video from almost ten years ago shows the Bath and England winger tearing it up at England age-group level with showings of electric pace and nimble footwork that made him look unplayable at times.

Watson can be seen playing here for St Georges College 1stXV in remarkable footage from the 2010-2011 season.

It’s of little surprise that this young man went on to become arguably the best winger in World Rugby in later life.

Most recently the Bath man started in the Lions tests in New Zealand as well as impressing in Japan for England.

With Watson currently aged 26 and Nowell 27, they are both likely to be key men in Eddie Jones’s plans going into this four-year cycle before the 2023 World Cup in France.