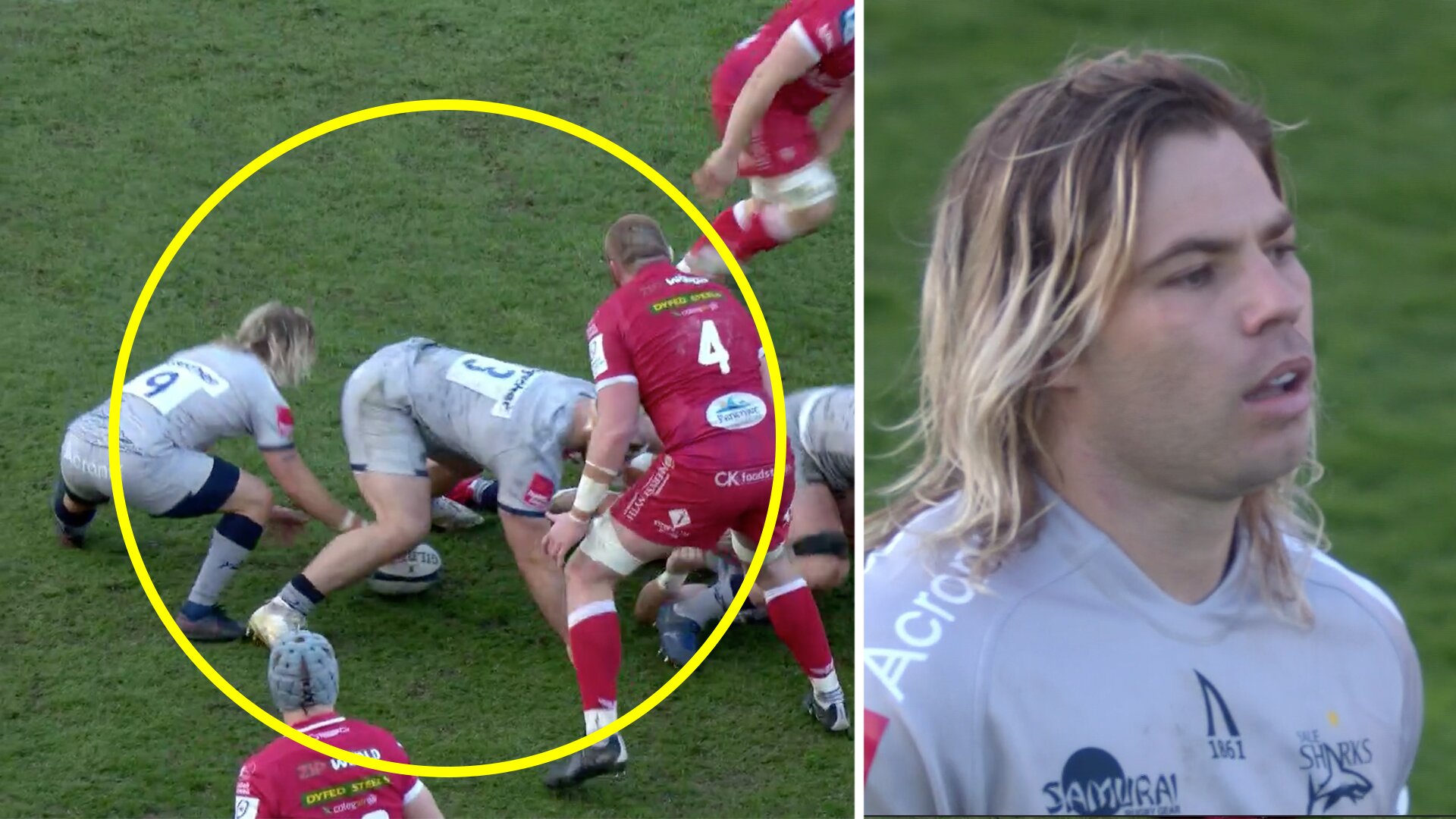 Did Jake Ball try and get revenge on Faf de Klerk for World Cup moment?

Footage from the weekend shows the Springbok star getting taken out illegally by the Welshman in the second half of the Champions Cup clash between Sale and Scarlets on the weekend.

Many have said it could have been Ball getting revenge on Faf de Klerk for his wind up antics with him in the World Cup in 2019.

The Springbok tussled with the large Welshman in the semi-final of the world cup and then laughed in his face, it was clear he was very wound up by what had happened.

Andy Goode was one of the first to call out what he saw in the match.

He called out what appeared to be a blatant shoulder to the head from Ball on Faf de Klerk in the initial challenge.

How was this shot to the head of Faf de Klerk by Jake Ball not checked properly by the TMO and referee?! They said it was legal because the hand was on and the ball was out, how about the shoulder to head?! French officials hey….pic.twitter.com/GGx5Gu1bg2