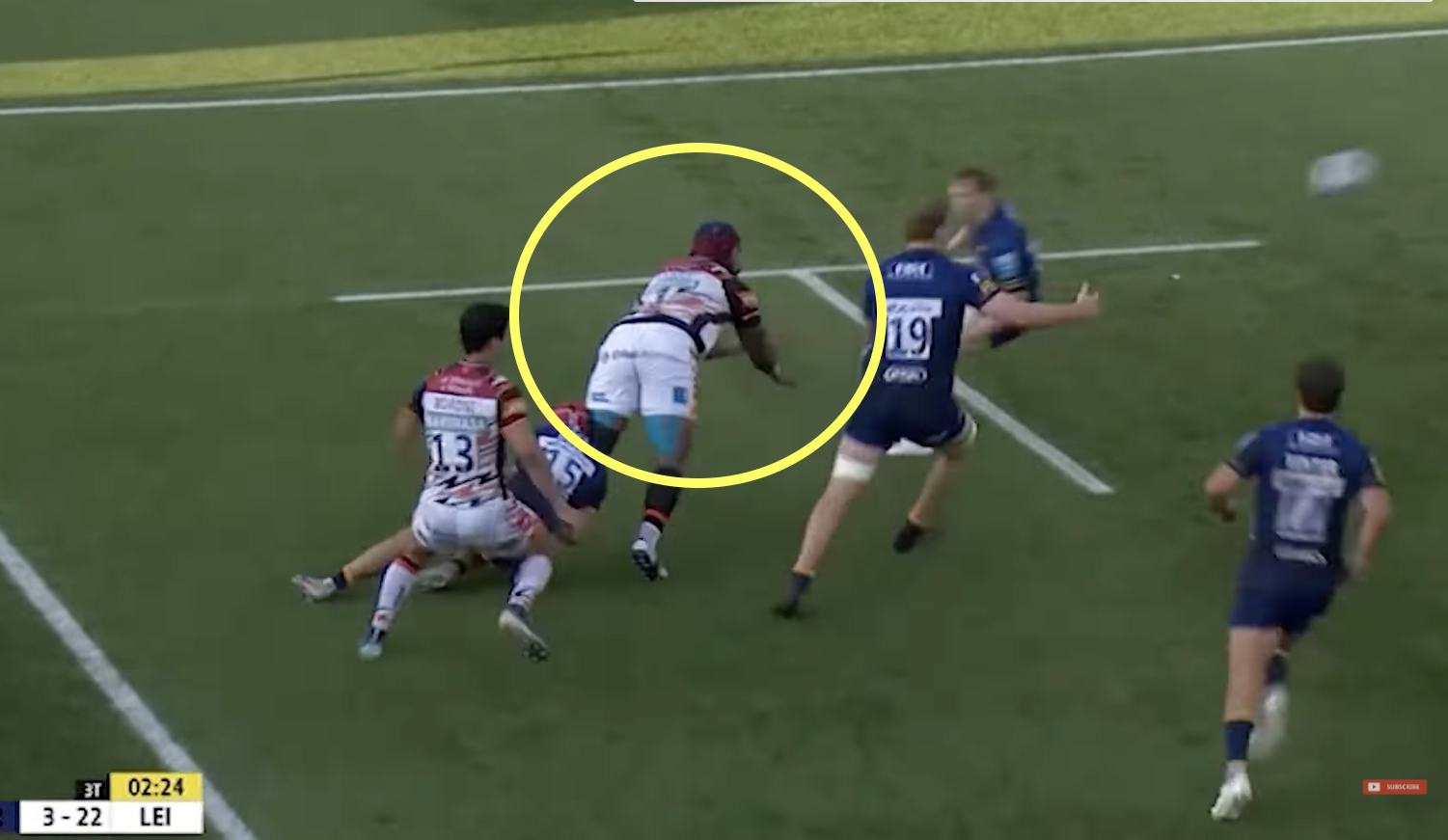 Order may have been restored to the universe this season for Leicester Tigers fans as the club sit at the top of the Gallagher Premiership, where many feel they belong.

Steve Borthwick’s side extended their unbeaten start to the season on Saturday with a comfortable 48-3 win over Worcester Warriors at Sixways. They now sit seven points ahead of second place Harlequins, although they have played one game more than the reigning champions.

Not only are the Tigers looking to be a force in English rugby again, but they are scoring some pretty fantastic tries in the process, none more so than Richard Wigglesworth’s. Though the scrum-half went over for the score, he has his teammates George Ford and Nemani Nadolo to thank for the spadework.

Ford produced a perfectly weighted kick pass to the Fijian on the wing, who galloped down the left side of the field swatting away Worcester defenders, which seemed to be a theme throughout the match. With one defender holding onto Nadolo for dear life, and two more approaching, he was able to get the ball away with his left hand to Wigglesworth, who gratefully jogged over the try line for Leicester’s bonus point try. It would not be surprising if this try finds itself on the shortlist for try of the season come 2022.

After terrorising the Warriors down the left flank, Nadolo ran in for his own try later in the game, as did Freddie Burns, who also produced one of the tries of the season with his individual effort.

How did the Leicester Tigers bench react to the chip-and-chase effort from @FreddieBurns on Saturday at Sixways?

Luckily we filmed it, so we can answer that question… pic.twitter.com/SLIiGTD6lu

Leicester host Sale Sharks this Saturday at Welford Road, who will be hoping to break into the top four with a win. Borthwick’s side are building more momentum with every game, which is promising for their fans with a visit to Franklin’s Gardens a week later to take on Northampton Saints in the East Midlands derby.