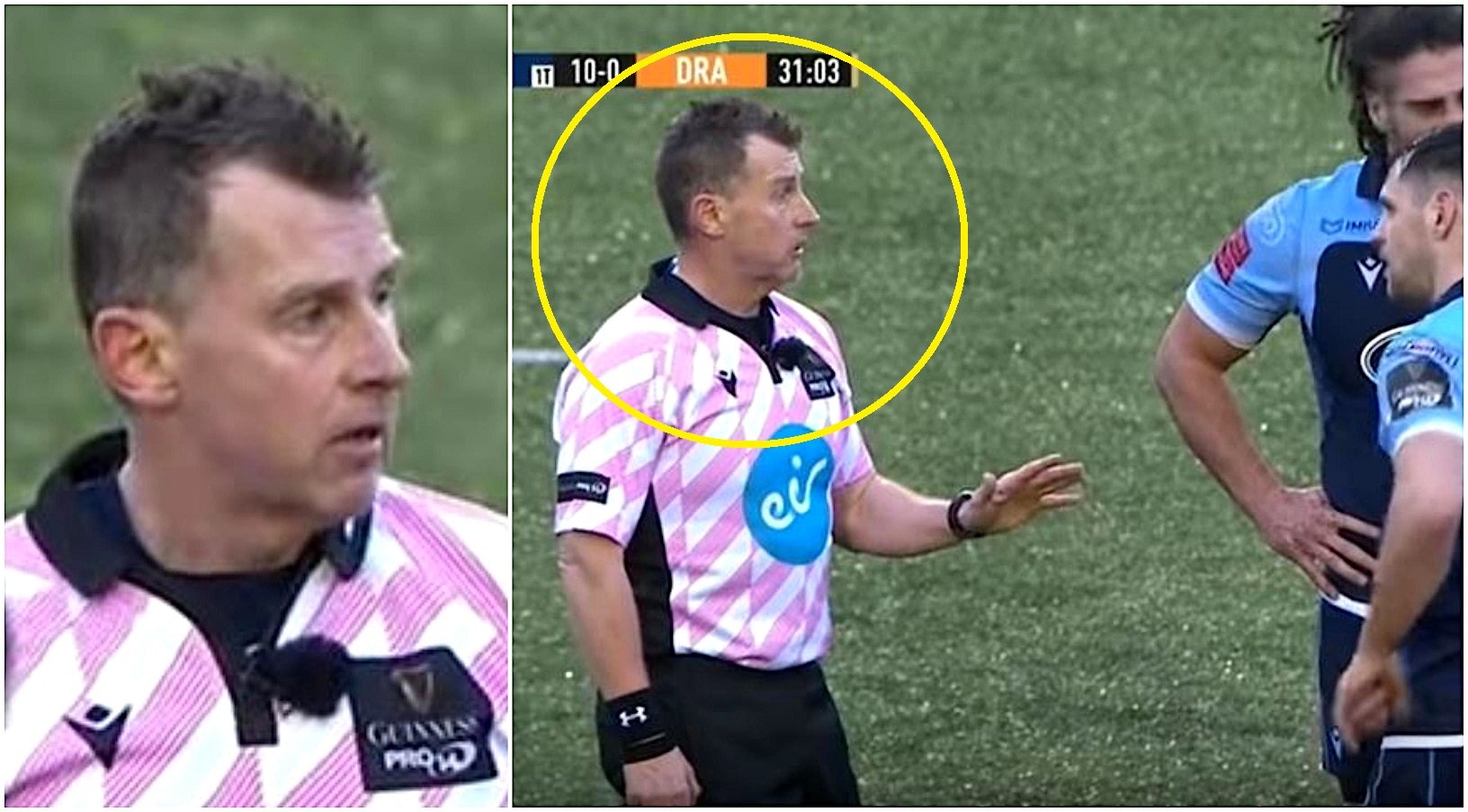 Did Nigel Owens just meet his match in Wales international?

Nigel Owens may well have met his match in the Boxing Day clash between Cardiff Blues and Dragons.

The world’s best ref rarely enters into lengthy dialogues but Cardiff 9 Tomos Williams drew him in rapidly here. In case you don’t know the Williams is fancied to become Wales’ next number 9, and it’s clear that he’s happy to debate laws with referees.

Williams has forged a reputation as one of the most devastating attacking scrum-halves in Europe since making his debut in 2013 and has now made 81 appearances for his home region.

He has scored several stunning individual efforts including a memorable try in last season’s European Challenge Cup final against Gloucester, which sparked the famous comeback.

Williams put pen to paper on a new contract with his home region and is optimistic about the future at the Arms Park in March.

Williams made his international debut last summer and was part of Wales’ Six Nations winning squad, starting and scoring a crucial try in the opening victory over France.

A calf niggle disrupted his hopes of further involvement in the Championship but Cardiff Blues head coach believes he has a massive future in the game.

Coach Mulvihill said at the time of Williams: ” “Tomos is another local, exciting player to come through our pathway and is the best attacking scrum-half in Wales.

“He’s incredibly competitive and an important attacking and defensive spark for us. He has produced big moments in big games.

“He continually strives to be better, working on his all-round game and will be really important to our future success. He wants to be the number one scrum-half not just at Cardiff Blues but Wales, and that hunger and competitiveness is a great asset.

“The competition between Tomos, Lloyd Williams and Lewis Jones is really positive and brings the best out of all three players.”