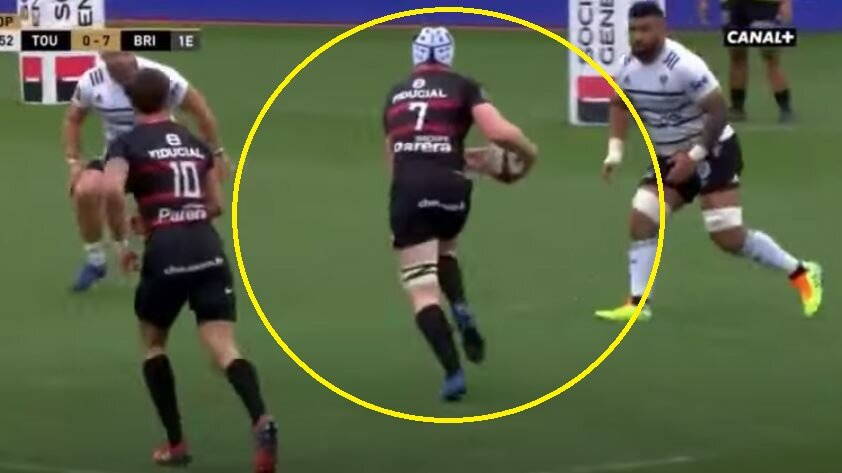 Former Wasps and Loughborough Uni second XV flyhalf Thibaud Flament was sent skyward and landed terribly, like what might happen if you threw a 3 litre thing of milk off an abandoned two storey carpark.

Toulouse back row Thibaud tries to jump over the tackle of two Brive players and he was largely successful despite the fact that his legs got banged upwards.

The ref strangely let the game play on. Who does he think he is? Pascal Gauzere?

It was his own fault. Come on man, what are you doing? We respect you but you must not do this again. Please respect yourself and your health.