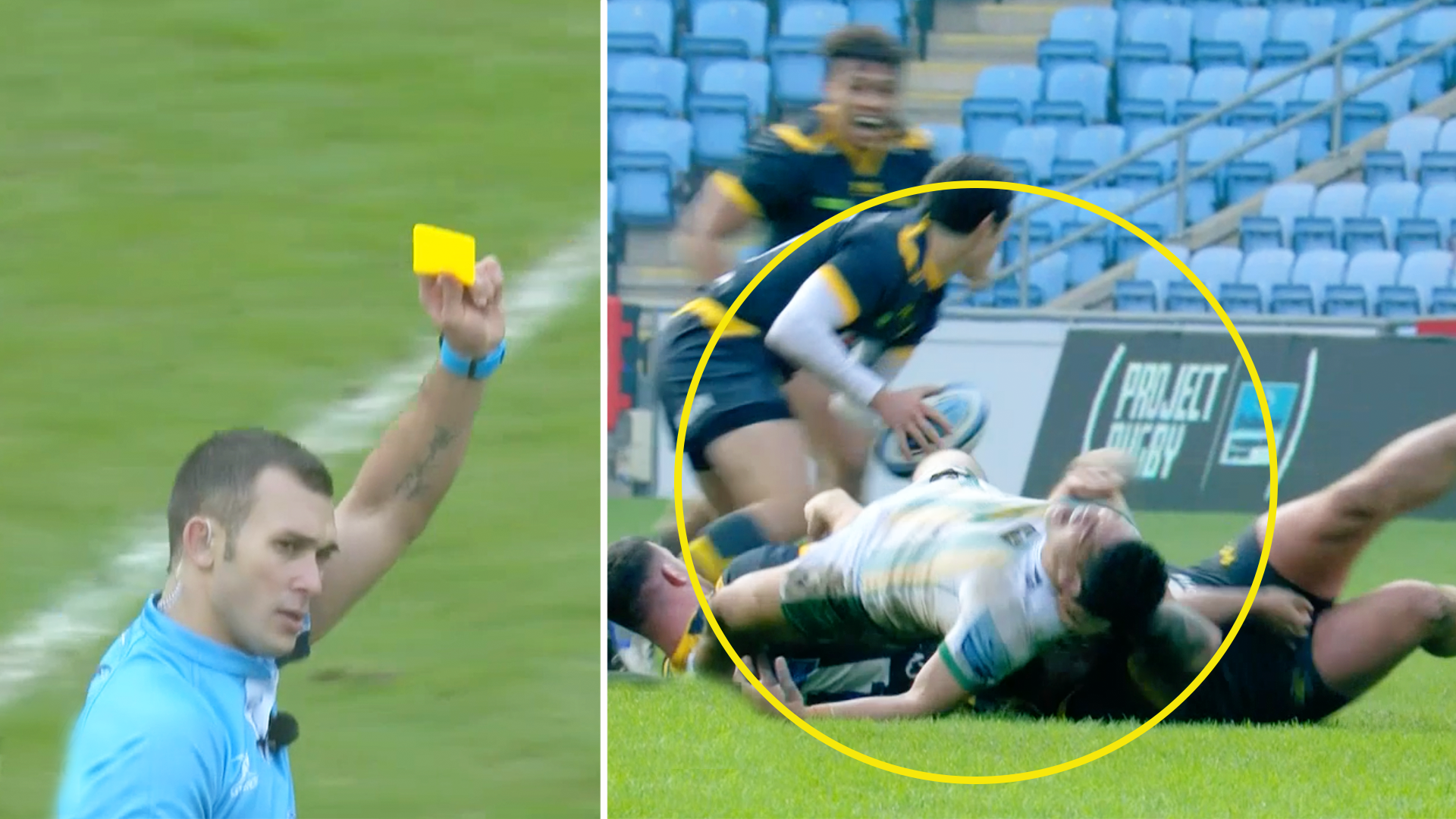 The Gallagher Premiership has thrown up a shocker of a scoreline in this afternoon’s clash between Wasps and Northampton Saints at the Ricoh Arena.

No one had given Saints a hope after a miserable run of form but they somehow managed to go into the half-time break with the score at 0-22 to the visitors.

With both sides missing some of their international stars, it was all to play for in Coventry.

Wasps, to put it simply, imploded in this first half after going behind through a Tommy Freeman try on the 22nd minute.

With the score at 0-10, it shouldn’t have been panic stations for Wasps but then things started to go downhill with the sending off of their talismanic prop, Kieran Brookes.

watch the yellow card clearout in the video below

We see as the Wasps man smashes his shoulder into the back of Matavesi before rolling him backwards with his knee trapped underneath his body.

Brookes was given his marching orders just minutes after the opening Saints score and things went from bad to worse just moments later with the sin-binning of their second row Gaskell hitting Lewis Ludlam with a late hit off the ball.

here was the Gaskell cheap shot from earlier today

Wasps misery was compounded with a late flourish towards the end of the half as Matevsi went over to score, shortly followed by a barrelling short-range score from Naiyaravoro.

Fans on social media were livid with the catastrophic Wasps implosion with some fans calling out the side for their dirty play.

Is it too late to say we have covid?

I’m still optimistic…. we can turn this around @WaspsRugby