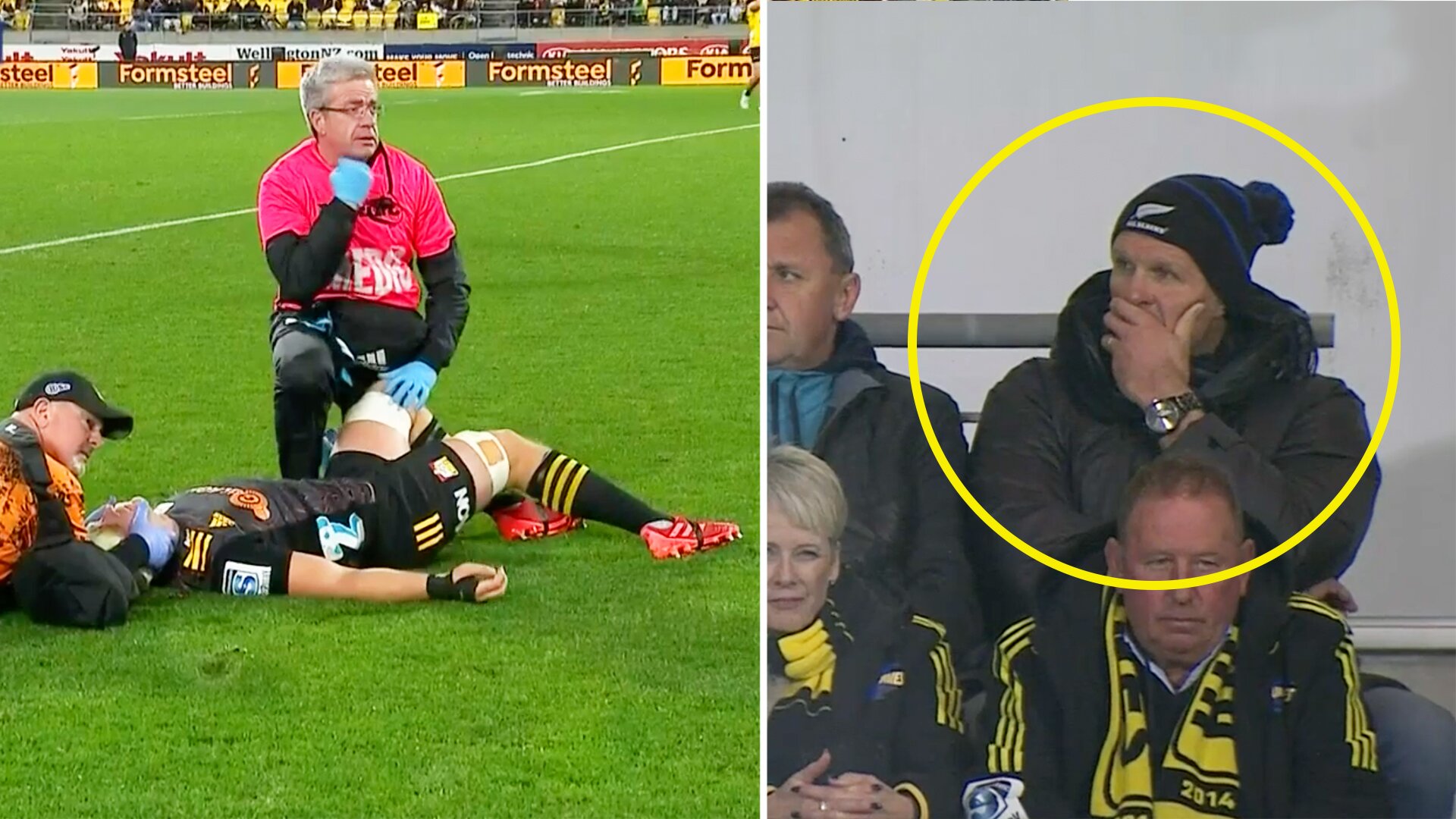 There were shocking scenes today in Super Rugby Aotearoa as the newly appointed All Blacks captain, Sam Cane, was involved in a horror collision in Wellington.

There was an air of fear and confusion in the moments leading on from this horror clash.

The home side had been in control of this encounter with two well-taken tries in the first half before the Chiefs captain was forced from the field of play.

We watch as Cane chases a high ball from his scrum-half, Brad Weber, in the first half.

He times his run well to intercept fellow All Black player Jordie Barrett as he claims the box kick. We see as the New Zealand skipper takes a sickening clash to the head that renders him unconscious immediately.

This really was a bad collision.

watch the sickening clash below

This comes as a huge setback for the All Blacks and their coach Ian Foster who appointed Cane as his captain early on in his tenure in charge of New Zealand.

There was a stunned silence around the stadium in the moments following on from the head clash as physio’s rushed over to Cane’s aid.

The slow-motion replays revealed just how bad the clash was as the flankers head rattles against the hip of Jordie Barrett.

The camera goes on to pan to a worried looking Ian Foster in the crowd as his captain remains on the floor incapacitated.

Reassuring to see Sam Cane walk from the field.

Less reassuring that he was able to walk from the field in an eerily similar situation in 2018 and was later diagnosed with a neck fracture.

Here’s hoping it’s nothing serious this time around #HURvCHI

There’s a collective sigh of relief around the ground as Cane gingerly returns to his feet and is able to walk off the pitch of his own accord to rapturous applause from the crowd.

We are still to learn the full extent of his injuries ahead of the North vs South Island fixture later this month.