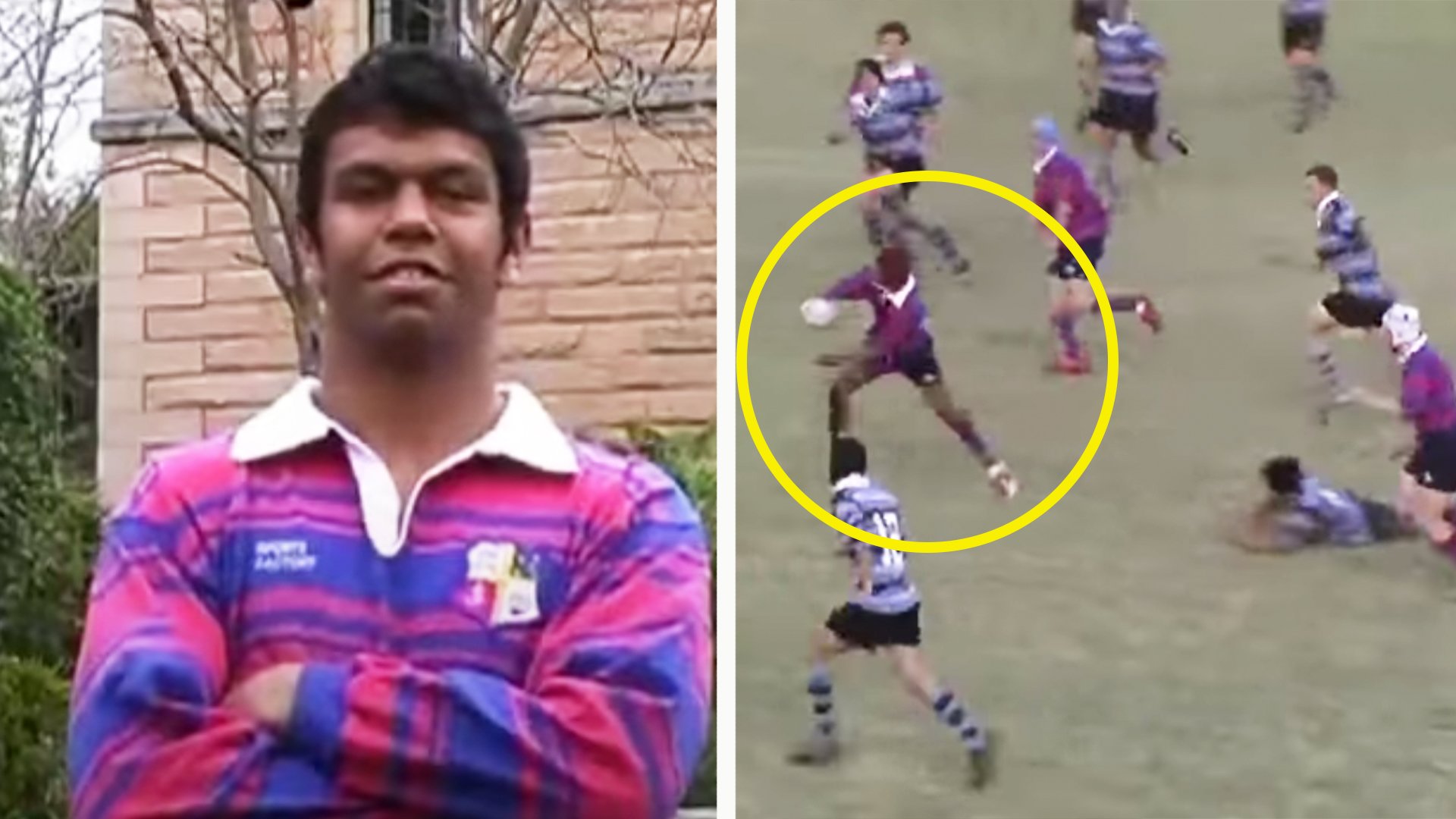 These Kurtley Beale schoolboy highlights are something else.

The Australian full-back tore it up for St Josephs College back in the 2004-2006 season and looked a class above the rest as he carved through scores of hapless teenage defenders.

The Wallaby wonder kid is almost unrecognisable in this footage from 15 years ago as he dons a scrum cap combined with the St Josephs baggy jersey.

We can see that Beale wasn’t the biggest player on the field – but he more than made up for it with this speed and footwork.

In 2006 Beale captained both the Joey’s first XV and the Australian Schoolboys side, and regularly attended training sessions with the NSW Waratahs from the age of 15.

He signed with the Waratahs while still only a 16-year-old. At 17, he attended his first Wallabies training camp, on the invitation of coach John Connolly.

Beale broke onto the scene for the senior Australian side in 2010 and made an immediate impact scoring 12 in first 12 tests.

He’s gone on to enjoy a successful career with his national side and currently sites on 92 caps for Australia.

It’s clear to see from these highlight reels that Kurtley Beale was always destined to be a Wallaby.

Defeated World Rugby chairman candidate Agustin Pichot has claimed he was betrayed by Rugby Africa president Khaled Babbou in a move that cost him top spot in the game’s governing body.

Speaking on Argentine television, Pichot lambasted Babbou for switching allegiances at the eleventh hour as he hinted at shady dealings being the motive behind the late crossover.

“That betrayal occurred in the last days,” the 45-year-old told TNT Sports.

“You are going to know why I was betrayed, favours are being made on the edge of ethics. On our side you will not find any type of negotiation. It was done that way and for that reason we lost. I would not have done it in any other way.

It is widely speculated that Rugby Africa wasn’t the only organisation to have thrown their lot in with Beaumont despite initially backing Pichot, as Samoa allegedly also switched their vote, according to a report from the Daily Telegraph.