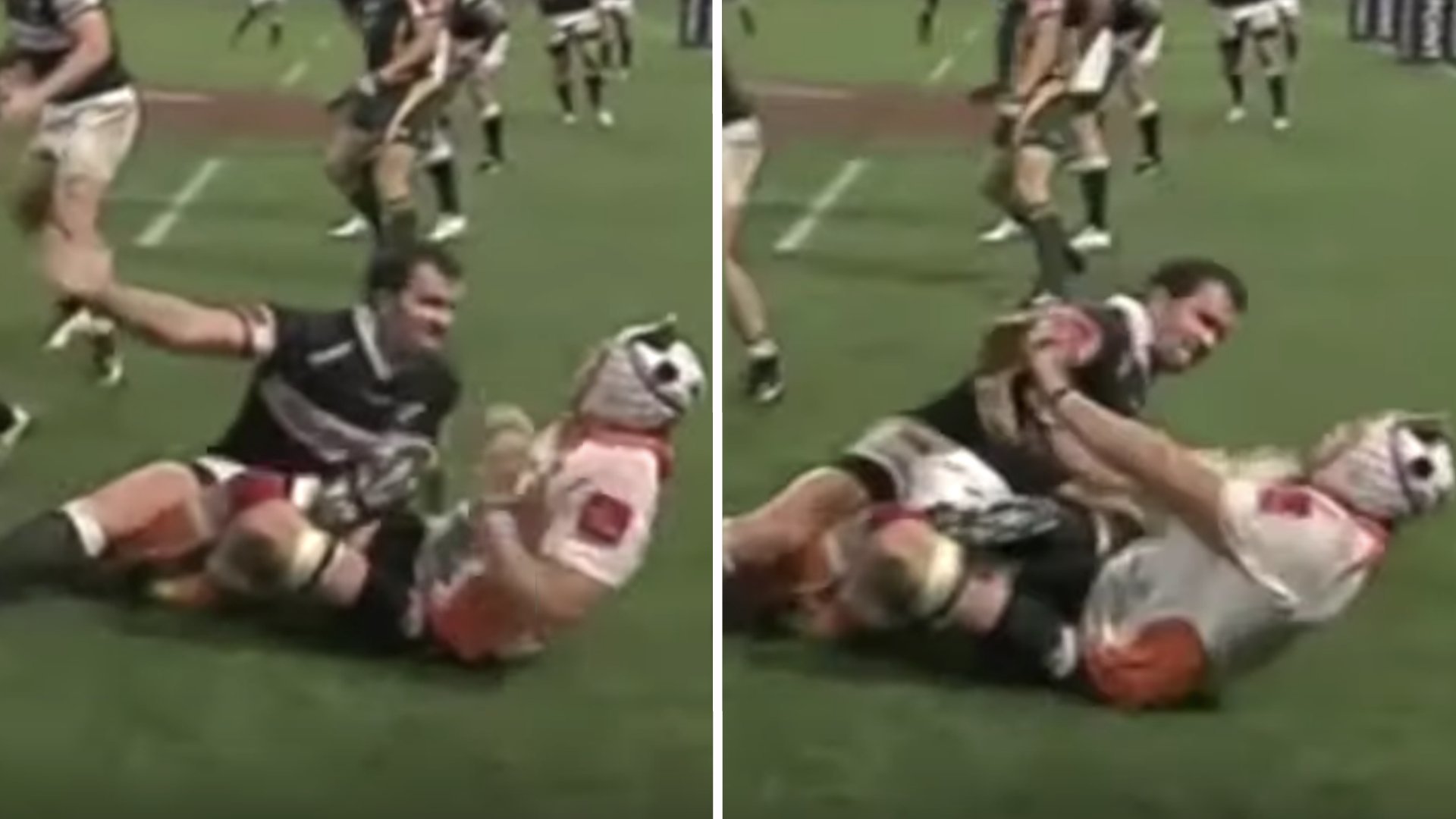 A disturbing new video has gone viral again online this week on Springbok front-rower Bismarck Du Plessis and it really revealed to us just how aggressive that he was as a player!

In the video named, ‘Bismarck Du Plessis – Rugby’s Biggest Thugs’ it outlines all the times when the South African got on the wrong side of the law in rugby.

It does make for quite a disturbing video to watch as you see him lash out on players on the opposition team.

We for one think he was a fantastic player but his temper and aggression at times were ridiculous to say the least!

Here is the video that was put together on him, is he one of the most aggressive rugby players of all time?

Former Springbok prop Jannie du Plessis has made a mid-season exit from Montpellier Herault in the Top 14.

His time at the club was to come to an end in June 2019, but he extended his contract as a medical joker to cover the Rugby World Cup window for the side.

The 37-year-old appears to be heading back to South Africa with the blessing of his French employers.

The club wished him well writing: “Another living legend bows out to us … He also delivered his last fight under the blue tunic Sunday. A huge thank you to Jannie Du Plessis who has worn our colors with honor for more than 4 seasons.”

A qualified doctor, Du Plessis has been heavily linked to the Lions back in his native South Africa.

Capped 70 times for the Springboks, the older brother of Bismarck appears to be set for at least one final season of Super Rugby.

Having moved to France in 2015 following the Rugby World Cup, the tighthead has been a standout for the Vern Cotter coached outfit since his arrival.