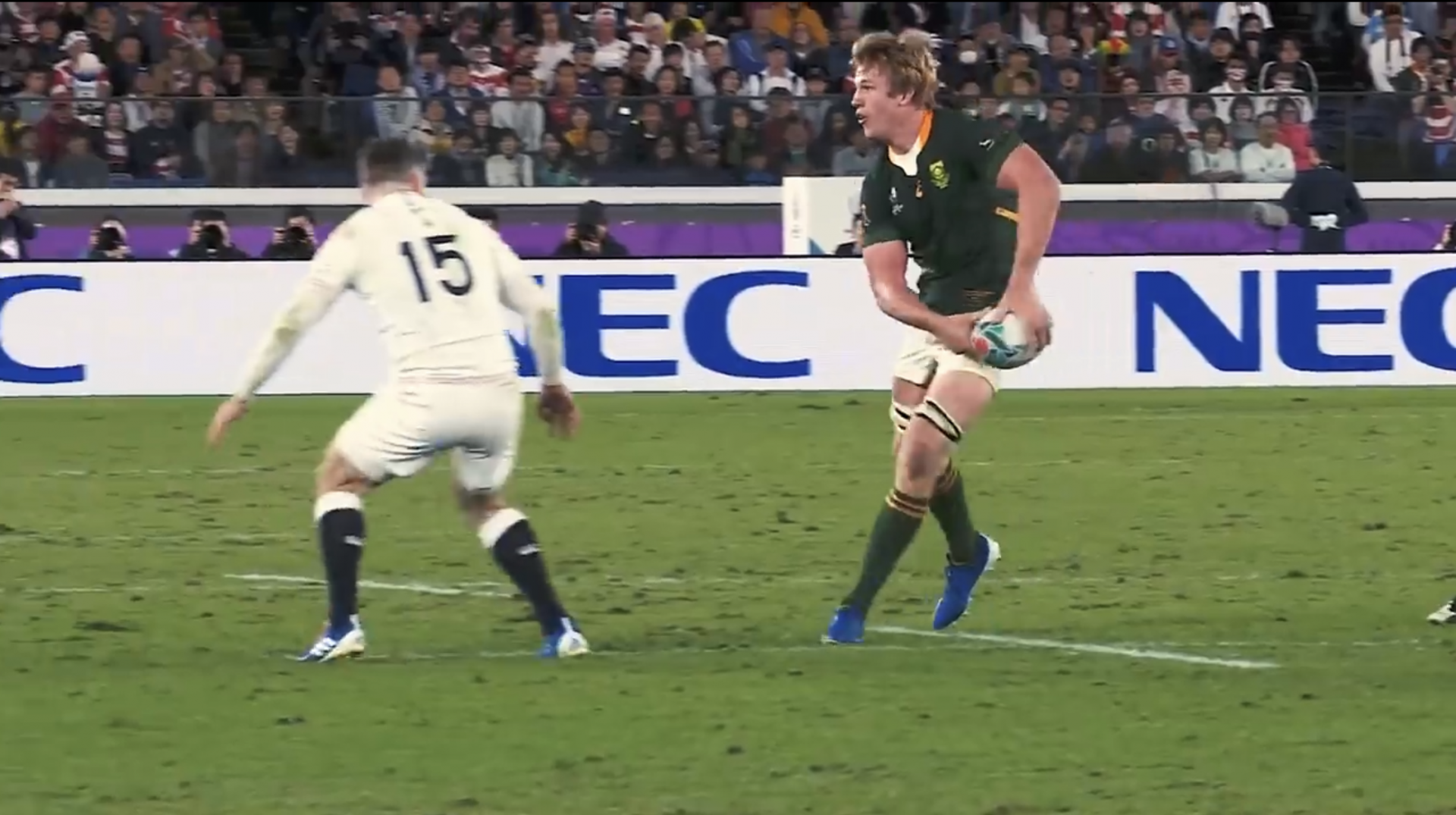 Reigning World Rugby player of the year Pieter-Steph Du Toit has listed the England weakness the Springboks exploited in 2019 to win the World Cup.

Speaking on World Rugby’s The Open Side, the flanker said that then-head coach (now director of rugby) Rassie Erasmus highlighted Eddie Jones’ side’s inability to back up one physical performance with another a week later. England looked mightily impressive in the semi-final in 2019, dispatching the All Blacks comfortably, but were well beaten a week later by South Africa, barely laying a glove on the newly crowned champions.

This is what Du Toit said:

“They had a lot of confidence, but we also had confidence because we believed in the game plan we were playing and we believed it was going to work. And one thing that gave us so much confidence was Rassie [Erasmus] and the management showed us facts that England struggle to play two physical games off each other. He might have lied to us, or probably just picked the right stuff to convince us.”

Even earlier that year in 2019, England had looked hugely impressive in the early rounds of the Guinness Six Nations, but could not back up their performances and eventually lost to Wales. This would have given Erasmus some hope, and he performed a tactical masterclass in the final.

With the British and Irish Lions arriving in South Africa in a matter of days, Erasmus and head coach Jacques Nienaber will not have as much time to analyse Warren Gatland’s team, and they could prove to be a harder nut to crack. The Springboks had a far tougher time against Gatland’s Wales side in the World Cup semi-final, as the Kiwi’s teams are never known to lack any physicality.

The Lions play their first match against Japan on Saturday at Murrayfield, before taking on the Emirates Lions in Johannesburg on July 3.