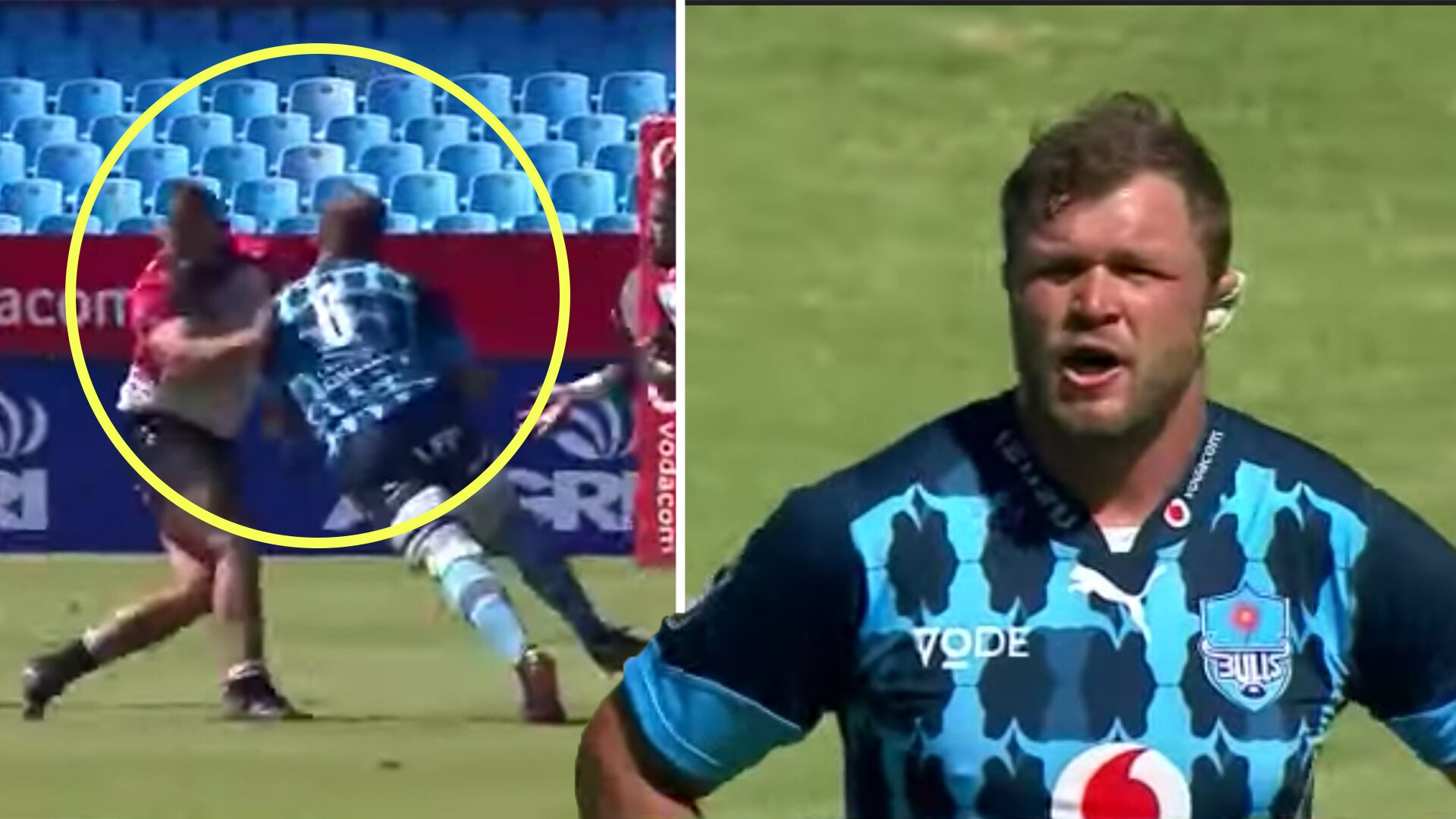 Springbok and Blue Bulls star Duane Vermeulen terrifyingly reminded rugby fans why he is still one of the top players in the world this weekend with a terrifying rampage.

The 34 year-old South African was instrumental for the Blue Bulls this weekend in the semi-finals of the Currie Cup as they overcame the Lions to book a slot in the final of the competition.

Vermeulen, as always, was instrumental in the win for the men in blue, and there was one run particular which has grabbed all the headlines around Rugby World.

In the second half of the match, the World Cup winner could be seen rampaging towards two or three Lions players.

The result of that run left carnage on the rugby field and reminded rugby fans why he is still considered one of the top back row players in the world, despite his age.

The South African is considered by many to be one of the key reasons why the men and green won the World Cup.

The Bulls will go into the final of the Currie Cup as strong favourites after an impressive run in the tournament. Players like Morne Steyn have excelled for the team and helped to elevate them to another level this season in rugby. Add that to the young players they have brought in, and it looks like a very promising season for the team.

He will almost certainly be included for the springboks if the Lions tour goes ahead in the summer.

Here is full footage of his rampaging run against the Lions in the semi-finals of the Currie Cup.

Duane Vermeulen “Crashing into the defence like a de-railed train” 🚂